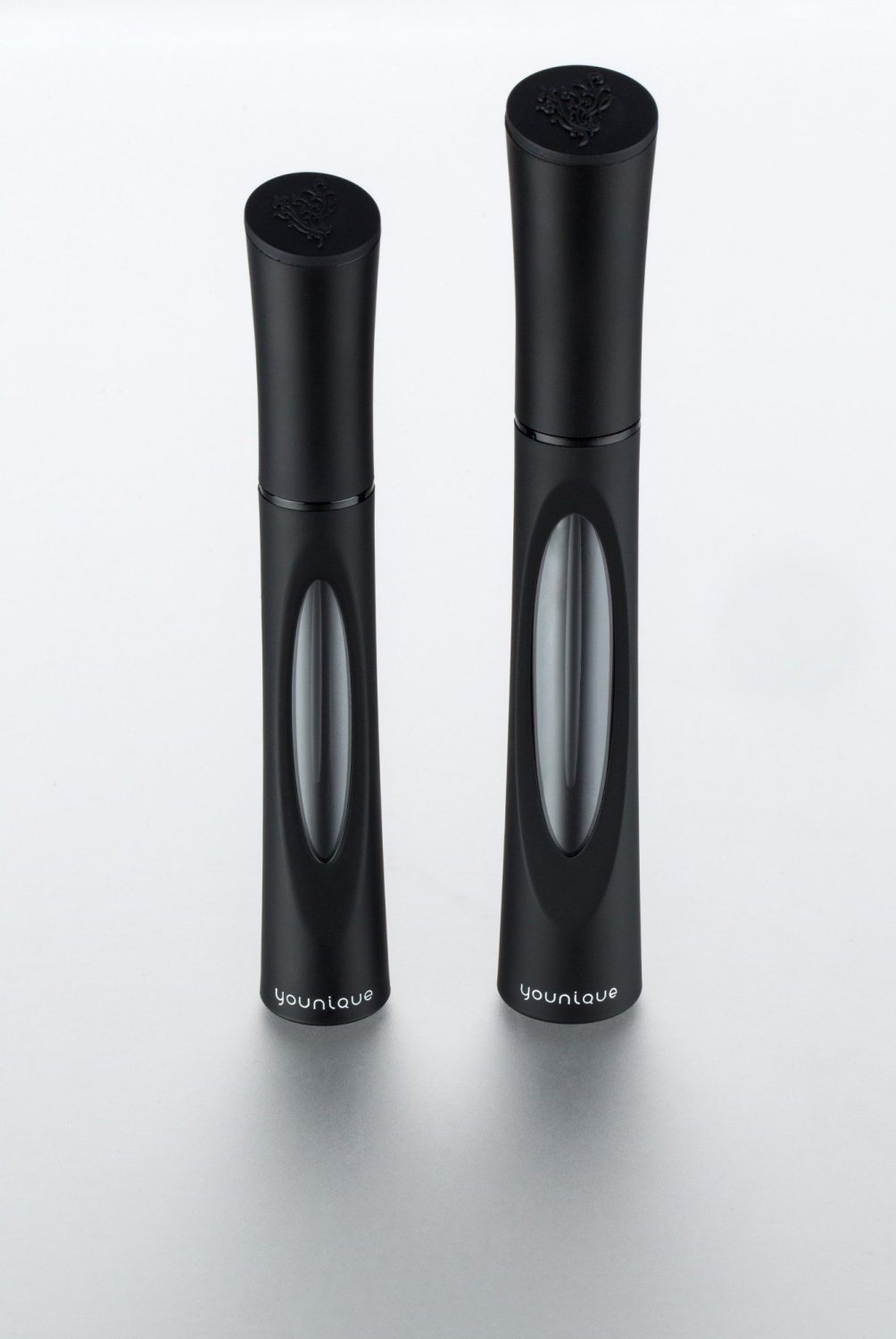 When a new mascara is released and stocked on shelves, we hear the same jargon we’re so accustomed to. Intense, voluminous, super length, dramatic, cat-eye, bold, and thickening. But it’s a whole lot of talk, with such minimal results. When we find one that conquers in length, it fails in volume, and vice versa. But today’s beauty must-have is a mascara that achieves hair-raising results, literally. It’s Younique – Moodstruck 3D Fiber Lashes+ .

Two brushes are needed for the job because it’s that intense. The first is the mascara and the second is the fibrous wand. While the mascara lengthens and coats your lashes, it also preps them for what’s to come next: the fibers. Adding an infinite fount of volume, watch your lashes go from 0 to 100, real quick.

How do I use it? First, coat your lashes as normal with the mascara, but only apply one coat, starting at the base. Within the next thirty seconds, (before it dries,) apply the wand of fiber but don’t brush from the base, begin two thirds of the way up and watch the magic happen. The fibers will look spidery and unnatural as they hug and cradle the hair, but thats when you go back in with the mascara to lock them in place. By brushing the mascara upward, you’ve now pulled the fibers to the tip of your lashes, watching them grow exponentially. (Trust me, you’re gonna be wowed.)

You can repeat the process, if you desire a rugged, clumped lash look or just want added length.

At a cost of $29, it’s certainly pricer than your average drugstore mascara, but it’s been proven to enhance lashes by 400%.

After applying multiple coats, your lashes are still soft to the touch, and the best part? It isn’t waterproof, making removal a speedy process.

If there’s one item we need year round – it’s mascara, and finally we’ve found one thats true to it claims without exaggeration. Long gone are the days of using lash-curlers, alternating multiple mascaras, applying 20+ coats, wasting money on products that don’t work, all the while harming your delicate lashes in the process.

. . . And if nothing else, watching the spidery fibers latch onto your lashes is pretty darn cool, too.