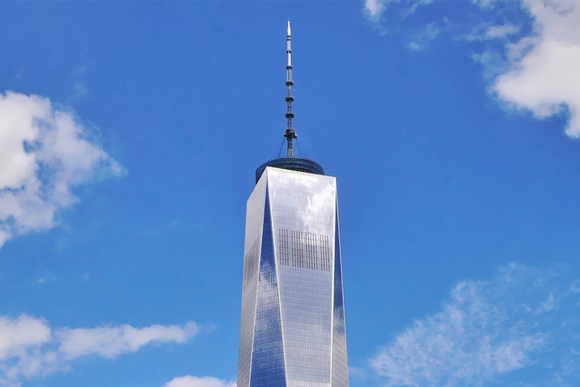 The One World Trade Center, currently the tallest building in the Western hemisphere, is expected to open within the next month.

The building marks a massive milestone for the Lower Manhattan rebuilding effort after the many devastating destructions that have occurred in the past 20 years.

Sources say that October 27th is the target open date according to the owners but this has not been confirmed as they have not finalized their plans. However this being said, the tenant that will occupy most of the building, Condé Nast, has said they will begin to move employees into their 24 floors of space starting in November.

In addition to Condé Nast, the Port Authority and Durst Organization have signed leases with China Center New York and the U.S. General Services Administration for spaces in the building. Kids Creative LLC and Servcorp have also signed a lease for one floor each which leaves 30 floors still in need of tenants.

This well-known section of the downtown neighborhood has almost reached completion with the museum open, the memorial accessible to the public and with the 4 World Trade Center also finished. The massive transportation center has developed a clear shape and structure and is expected to open next year.

Business aside, the building sometimes referred to as the Freedom Tower symbolizes hope and rebirth in the wake of the tragedies that occurred on 9/11 in Lower Manhattan. As a community, we are proud to see the One World Trade Center near its long-awaited opening.

Advertising During the Crisis: The Rules of Crisis PR

Reshaping Your Business Strategies in a Post-Pandemic World