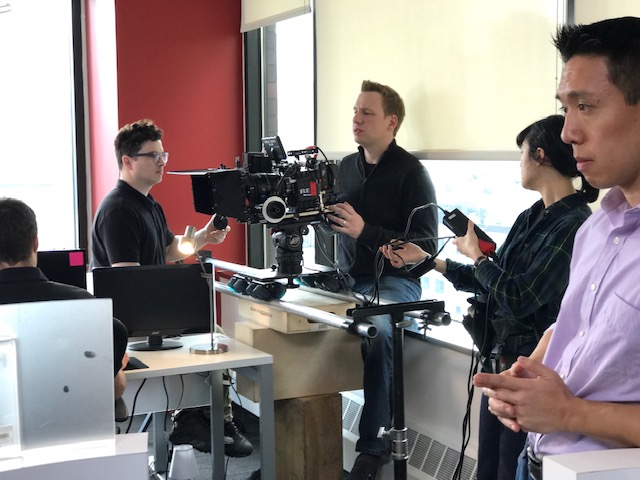 When Flow Production and Post founder David McLeavy set out to create a video production company, his vision was clear: bring back the soul, the passion and the human touch that advertising and marketing has been missing for a while.  His vision was to make the process of working with a video production company as fluid and as humanistic as possible while maintaining the highest-end results—to “flow”, in other words.

Raised in upstate New York, away from the bustle of New York City, David’s creativity was nurtured by endless vistas of beautiful mountains, lakes and forests.  When he was in his early twenties, he purchased his own camera and entered the video production school of hard knocks: creating his own short and feature films, some of which went on to garner millions of views and downloads in a time that pre-dated the current internet video content boom.

When it came to working in the industry, David made a splash right away.  Directing and shooting TV commercials for companies like Interactive Brokers, Aquafina, Denny’s and more early on gained David numerous Telly and Ad Club awards, and gained his clients great returns on their investment.

But as his career went on, something became clear: the old ways of thinking about video production and TV commercial production in particular could use some revision. A new approach was needed.

One of the challenges of video production, especially in the New York City area, is that to achieve a high level of fidelity that is associated with national commercial ads requires multiple video production vendors, each with their own specialty.  This means you have a production company managing the project, freelance directors and cinematographers, a post production house and possibly a separate colorist as well, and then an animation or VFX house. All of these vendors require coordination—and all of them have their own margins that add to a client’s bottom line.