Songs For Sabotage are on a mission to create deep, danceable music within the pop spectrum.

The Stockholm raised, charismatic frontwoman sings with a subtle urgency over Rose’s bewitching bassline, especially on the chorus:

I’d set myself on fire for you / There’s not a single thing that you can do to convince me that I shouldn’t walk away.”

Fire is just one of the seven dark and very danceable songs off of the outfit’s debut album, ‘Deep Fake,’ due to be released later this year. 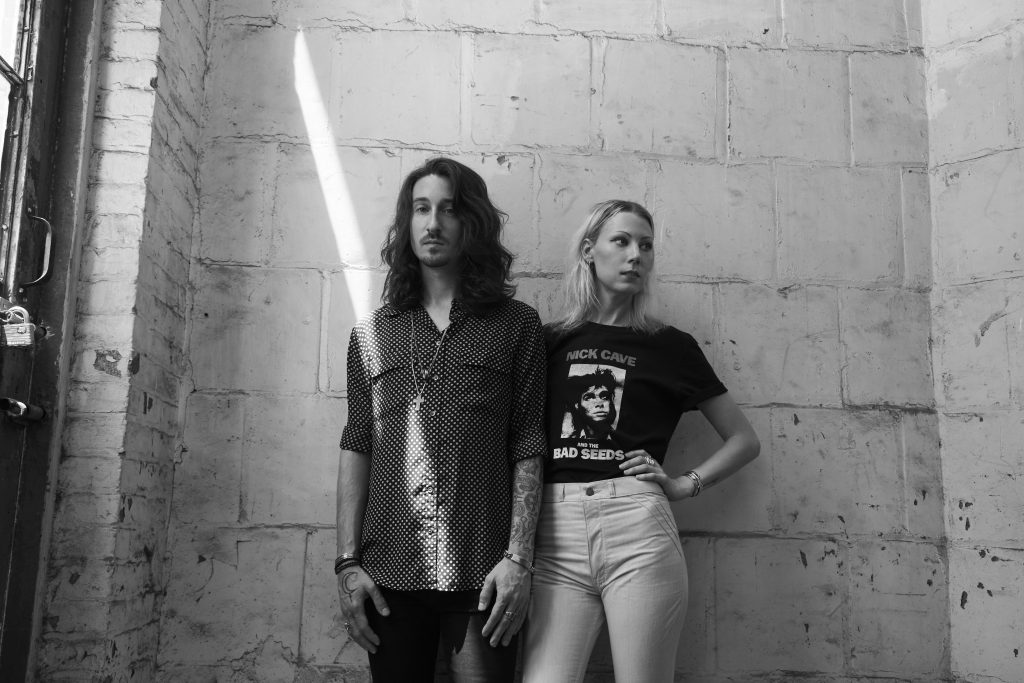 Songs for Sabotage’s story began in late 2018. The two musicians met when Rose was the featured DJ at Night of Joy, A few months later, they started writing and recording music in Rose’s home studio in downtown Manhattan. The band was largely born out of Sophie and Rose’s mutual love for Swedish pop, ‘80s new wave, and ‘00s electro.

“We want to offer more in regards to memorable songwriting, especially when it comes to a clever, classic pop hook,” explains Rose. The duo began collaborating around the same time their respective previous bands were breaking up. “One day we were at the Strand and saw this book of artwork titled Songs for Sabotage – we found it both an appropriate and humorous title for our then pet project.” says Sophie.

Though it’s barely been a year since they’ve joined forces, Songs For Sabotage have already played an impressive list of New York venues including The Sultan Room, Mercury Lounge, and Berlin.

Songs for Sabotage’s debut single Fire is available now on all streaming platforms.
They will be releasing a new single/b-side remix in February and March, and their 7-song debut LP ‘Deep Fake’ in early summer.

Enjoy the premiere of Fire here: