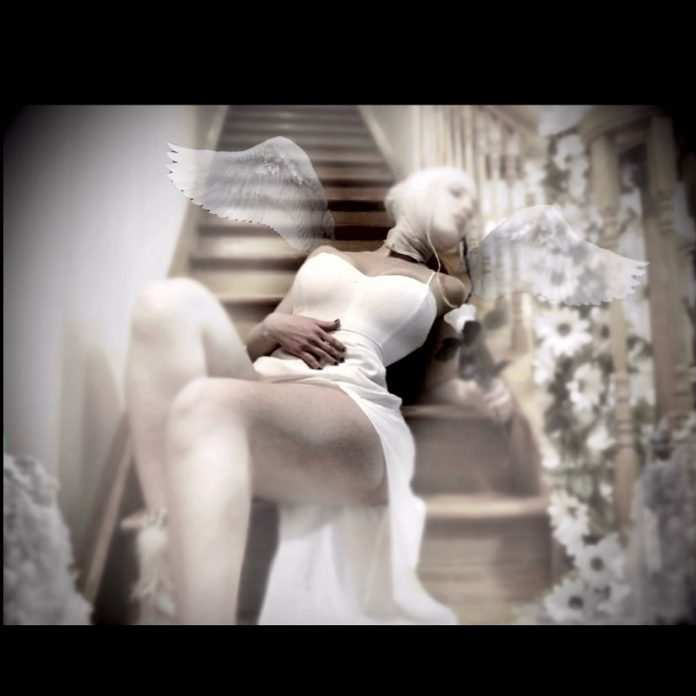 Eve Minor manifests her mirror soul in a bizarrely intriguing surrealist art piece, Who Are You? released on 02/02/2020.

Who Are You? is the second single (after Lazarus) released from her upcoming experimental post-punk record 3:33 (to be released 03/03/2020). It is a concept album of visual/performance art. The album is currently available for pre order on Bandcamp.

Eve Minor is ready to change the game and start a musical revolution. After a few particularly ugly encounters with predatory producers, Minor got fed up with the nonsense of the pop music industry and vicious cycles of social media, taking matters into her own hands. She enjoys the freedom of openly expressing herself in an honest, creative way, and has zero patience for the PR machine of branding, artificiality, or personality control. In fact, she’s actively fighting it.

Minor made headlines for her recent PASTE Magazine performance, where she appeared in a mesh mask and a dress made of a garbage bag to protest the abusive treatment from record producers and the disposable nature of pop music. She was accompanied by a trans interpretive dancer, a looming figure in a monk cowl, and her faithful companion “Jack,” a skeleton operating her laptop.

Minor is fiercely independent and proficient in a vast array of instruments. She uses her skills to push boundaries and blur lines between artistic mediums by relentlessly researching, tinkering, and sonically carving out her unique sound that her fans have termed “screwgaze.” Minor is authentic punk through and through; a true survivor and hellraiser. Minor is having fun with the freedom of complete artistic control, taking her own portraits, designing her own albums, and directing her own videos.

The result is fascinating. In 3:33, Eve Minor turns the tables on the concept of trap by mixing it with neoclassical, industrial, and pop nuances; topped off by her bluesy, soulful voice. Described as “experimental and cinematic with a hint of horror” by Analogue Trash, Minor sprinkles her beats with unusual elements: hertz tones, whispering voices, Morse code, screaming, and numerology, for starters.

“3:33 is an aural collage blurring the lines of what you know – and what you think you know,” says Minor.

Featuring demons and night creatures, the video is a full third-eye transmission in an attempt to call out her missing half from the ether. According to Eve Minor, she has felt a presence pulling towards her for the past 5 months, which is where 3:33 comes from.

Premiere: Motorcycle By Lucky Witch and The Righteous Ghost