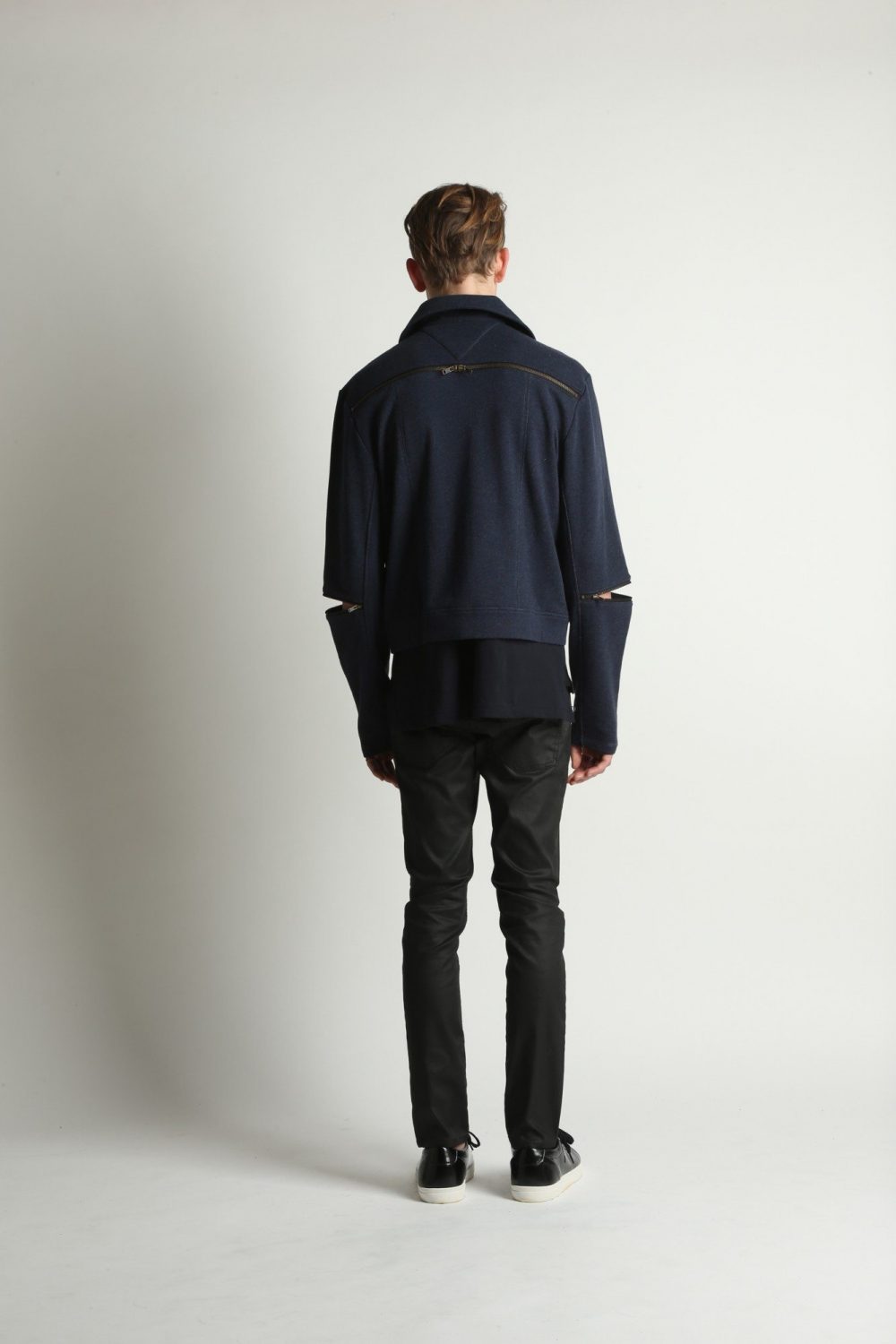 Victor Twist is Victor XIE, personal deviation to fashion and street wear apparel. After interning for fashion giants like Alexander Wang and Proenza Schouler, Victor XIE is ready to reveal his creativity and versatile city aesthetic with a new menswear line that will fit in any metropolis.

The California native uses the motion picture capital of the world, Los Angeles, as one of his many inspirations to combine the elements that typically make up the city lifestyle — urbane, chic, and sophisticated.

“I am intrinsically inspired by life in the city and all its aspects from culture and art to music and films, from everyday activities to those special moments we come to cherish. I wanted to translate those into creating a collection that would suit everything from the frenetic motion of modern living to the moments of stillness and everything in between,” said XIE.

XIE also draws inspiration from New York City to give his designs the casual yet designer component. “I view New York as constantly swirling with motion, so vibrant with activity and purpose. I wanted to capture that relentless drive through a kind of ironic nonchalance in the way a man can dress – you know, looking dapper even in casual street wear without looking like you tried too hard.”

In addition to the dark color schemes featured in the emerging line, XIE incorporates many functional zippers, asymmetrical shapes, and knots for an extra New York edge.

The future of Victor Twist will eventually bring more outerwear pieces and expand into major retailers in Europe. Until then, the clothing is available for pre-order online, and will officially launch online, in boutique stores, as well as in other markets mostly in Hong Kong and China this August.