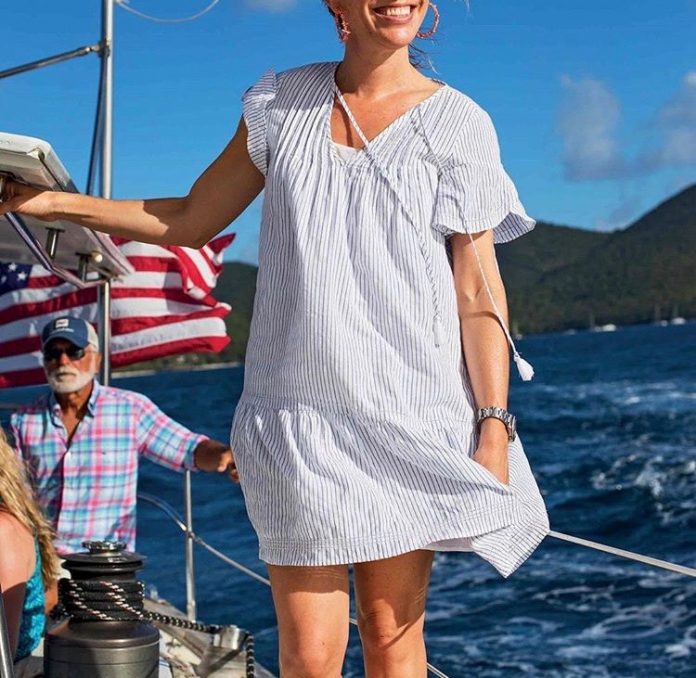 True confession – Not in my wildest of dreams (and I have had some wild ones) would I have thought that I would be writing a blog.

But through the encouragement of my wonderful web guru, Ennis (mutinymarketing.com), who said it would be good for business, and my shrink, who said it would be healthy, and my parole officer, who said that the judge ordered it, here I am sitting in the cockpit of my sailing yacht, Spitfire, on my mooring smack in the middle of Caneel Bay on lovely St John, US Virgin Islands. Hell, it is in the middle of January and I am in shorts.

Anyway, I had to ask myself what exactly is a “blog” and what does it have to do with shrink and court-ordered rehabilitation. Well, “blog” is the shortened version of WEBLOG. We all know what the web is (like a spider web, it covers and interconnects the world) but have you ever wondered where the word “log” comes from? Well, kiddies, hang on to your pirate hats because it is going to be a fun ride.

Real old sailors, some actually older than me. Well before GPS and other modern things like screw off wine caps, they needed to measure the speed of their ship so they would know when to start sobering up before reaching port (where they would just get drunk again).

Since there are no radar traps or mile markers out there in the deep blue yonder, they had to develop a method. The navigator would steal some of the cook’s fuel for the woodstove (that would be a piece of wood – come on guys, follow me here) and throw it over the side. Then they would measure the time it took for that piece of wood to trail out of sight. They would repeat this every few hours. Pretty soon they discovered that they were going to starve to death (NO WOOD, NO FIRE, NO COOKED FOOD).

How about tying a rope around the wood and retrieving it when done? Aha. So they took a coil of rope, tied a “knot” in it every 47 feet and 3 inches (real number – not made up), put that rope in a bucket, tied the other end to a piece of wood which then they threw over the side of their moving ship. The faster the ship went, the more knots passed through the hands of the wood-thrower-over guy (not a real nautical term).

They used a 30-second sand-glass to time it all and the results (number of knots) were put into a book.

For the one or two of you who may be reading this, that piece of wood was a “log”, as in fireplace or wood stove log, and the book that it was recorded in was, drum roll please, the LOGBOOK.

So, every time you log on to your computer or hear Picard say “Captain’s LOG, stardate blah, blah, blah” just think of that poor, hungry, drunk wood-thrower-over guy and his rope burnt hands.

The sacrifices that we sailors make.

Captain Greg, grew up on the south coast of Massachusetts, went to engineering school in Worcester, he’s visited 38 countries while working as an Oceanographic Engineer, and lived 28 years in the U.S. Virgin Islands. He shares, his mountain home in western North Carolina, with his beautiful wife Barbara, and when we caught up with him, he was aboard the Full Moon in North Cove Marina at Brookfield Place. Captian Greg is one of our all-time favorite Captians, he loves to write in his spare time, we hope that you enjoy his scribble as much as our team!

Captain Greg Shows Us The Ropes