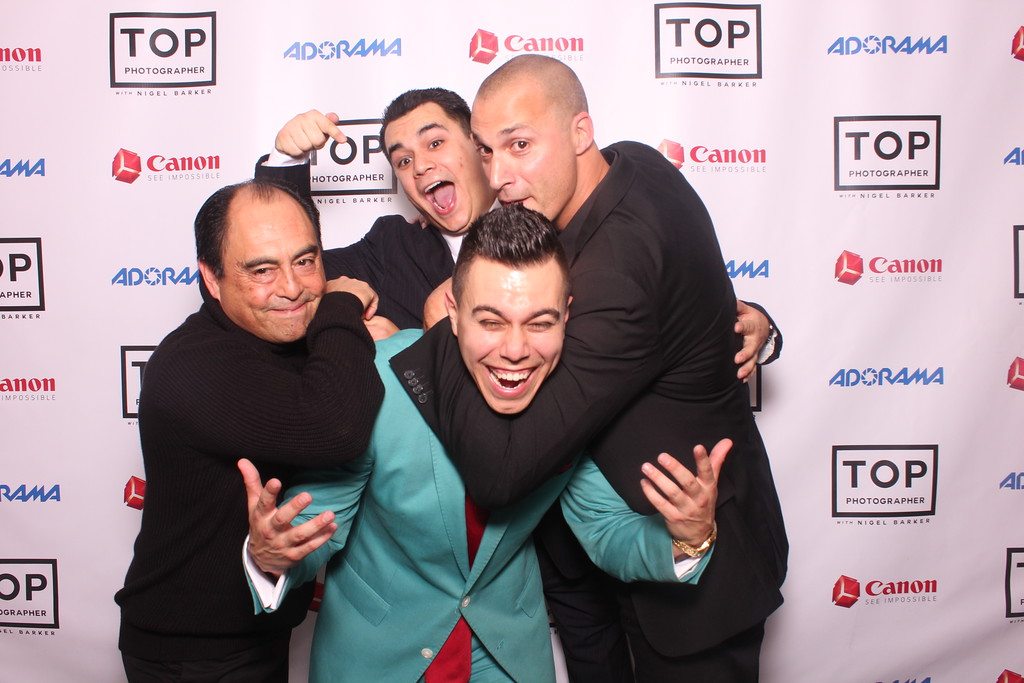 Scott Borrero, the social media wiz and current freelance photographer, took home the title as top photographer as well as the grand prize, beating runner-up Roxy Rodriguez in the final challenge: freestyle photography. Finishing with a shot outside the ever-mesmerizing Oculus, the judges agreed that in the end Borrero had the stronger profile overall. And he could hardly believe it.

“I think it’s going to take a while to set in. But it’s really an incredible feeling. I feel like I have an opportunity to present myself and really grow as a photographer,” Borrero said. He added: “I have a really unique position now to inspire other photographers.”

Over the web series’ run of five episodes, its five contestants — Andrew Kearns, Jamiya Wilson, Chris Palermo, as well as Borrero and Rodriguez — competed in themed challenges from action athletic shots to landscape photography, which Barker and noted guest judges such as Emily Soto and Joe Zee helped advise and assess the contestants along the way. Carefully handpicked from tens of thousands of applicants, Barker couldn’t have been happier about the five contestants. To watch them grow and learn, to guide them and try and give them some help and opportunities in the competitive photography world was important to him.

“This is something that has been a lifelong dream [of mine]. You know, I’ve wanted to showcase photographers for as long as I can remember. And quite frankly, now is the time,” Barker said.

“Everybody has a camera in their hand, we have an entire generation who is growing up with photography being literally like a pencil, as far as they are able to draw or write. The camera is not expensive luxury, it’s on every phone,” Barker explained. The web series was launched by Adorama and sponsored by Canon aired on AdoramaTV in late October and had the contestants using New York as their playground. The grand prize consisted of a $50,000 photo gear package and an exhibition in the city, which was part of the prize because Barker’s career took off after his first exhibition in New York. To celebrate the final episode, the show’s previous contestants Wilson and Palermo also joined the special event. Unfortunately, Kearns had a previous work engagement and wasn’t able to make it. The whole cast had great rapport with each other and it was very much felt at the event, where both Barry Litwin, CEO of Adorama, and Barker spoke. Contestant winner Borrero also gave his speech. “Everybody helped to contribute to my success, it literally was a team effort,” Borrero explained when Downtown Magazine caught up with him for a few questions afterward. He added: “As much as it’s a reality show and people think there’s going to be drama between [the cast], they were my support system. They became my best friends on that show.” Roxy Rodriguez, being the only female contestant, was proud to have made it in the top five, let alone the top two.

“It felt right to be there and to be representing women. When I got here, I was like ‘are you kidding me?’” Rodriguez explained about being a little surprised to be the only woman.

“I know so many talented women photographers. So to make it to be in the top two, that was really something,” she said. Downtown’s publisher and CEO Grace A. Capobianco was in attendance and said following about the season finale party:

“It truly doesn’t matter what Nigel Barker lends his name to, success is sure to follow. Personally, I attribute much of who he is to his abundance of energy, passion for family and a healthy work/life balance as well as being a sincerely caring human being.”

Grace continued: “His generosity, philanthropy work and a strong desire to help those around him by giving opportunities to many who may not have realized — this is a only a grain of the kind of human being Nigel Barker is. I was honored to be a part of this evening and thrilled to have the opportunity to speak with both Scott and Roxy. We look forward to watching Scott’s career take off and can’t wait for the next season of ‘Top Photographer.’”

Read more about the show and watch all the episodes on Adorama’s website. And don’t forget to keep your eyes out for the next season!