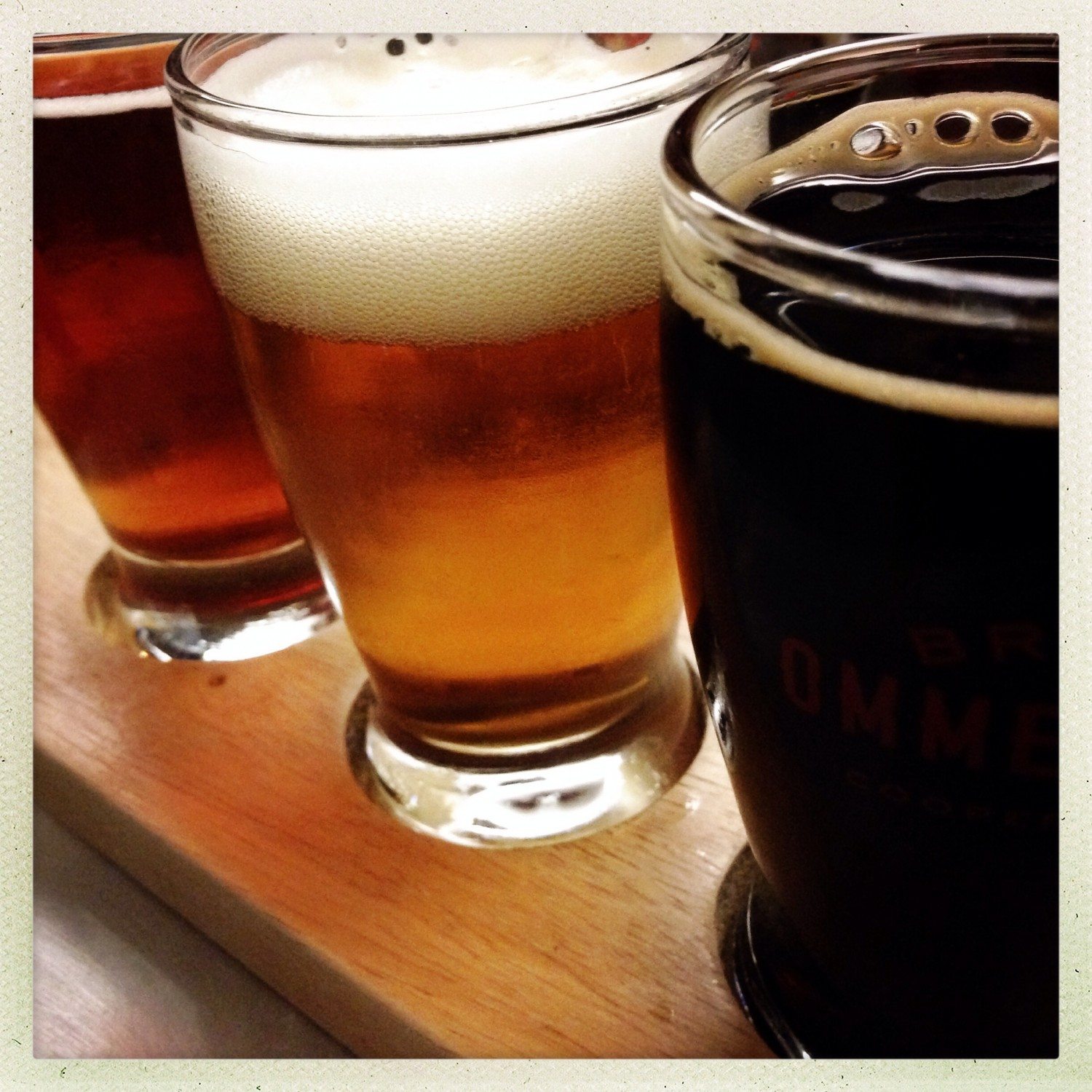 Located on the Lower East Side, visitors and locals can find Top Hops, a craft beer lover’s paradise where owner Ted Kenny and his staff invite customers to stay and enjoy a drink at their curved long bar, or take it to-go in one of their custom glass growlers.

Top Hops has all different types of beer to be enjoyed. 70 percent of the selection is American craft beer, 28 percent import beer and 2 percent domestic macro. It’s more than your average beer shop; it’s a place to celebrate beer and those who brew it.

“We have beers from all over the world,” Kenny said. “We have a very large Belgian selection, a pretty large German selection and a lot from the UK.”

Starting in the beer industry early on, Kenny had a passion and knowledge of craft beer, which eventually grew to the point where he was inspired to open up a beer shop of his own five years ago.

Top Hops, located at 94 Orchard St., has a unique spin to it that allows guests to come in and become educated about beer in a fun environment.

“At the time that I was building my business plan there weren’t any bottle shops in Manhattan. The only one was really over in Brooklyn,” Kenny said. “So I thought, New York has so many speciality shops for virtually everything, but they don’t have a speciality beer shop, which doesn’t make any sense.” At Top Hops, customers even have the luxury of knowing where the beer they’re drinking comes from. With the tap line details written up on the huge blackboard posted behind the bar, customers can see the beer name, its brewer, its origin, the style, the day the bartender tapped the keg, the volume, the price and the date that draft line was cleaned.

When Kenny first started in the beer business, he was not only interested in the whole process of it, but also in the stories behind the beer. He enjoyed hearing about the people who were actually brewing it and the story of the brewery itself.

“It’s a great industry to be a part of because everybody is looking out for each other and trying to help everyone get ahead,” Kenny said. “It’s a real rising tide lifts all ships sort of situation.”

According to Kenny, craft beer is still a small enough business where the competition exists but is still good-natured. The craft beer expert chose his location downtown because of its vibrant night-life. When he came across Orchard Street, he was immediately drawn to it.

“Orchard Street is a great street to walk up and down. There’s great shops, restaurants and we get a lot of people who haven’t heard of us before and just see the sign outside that says 100’s of beers and they’re like, ‘Wow I’ve got to check this out,’” Kenny joked. Top Hops also offers beginner, intermediate and expert classes for those who want to learn more about the craft.

Keeping a limit to about 12 people per class, the certified instructors come up with their own fun and knowledgable curriculum.

Top Hops also holds a wide-range of weekly themed events for anyone to attend including food pairings. Customers get to taste a variety of different beers while learning about the history, the making and method, the regions where the beer is traditionally brewed and the combinations of hops, yeast, barley and water plus more.

Top Hops is truly a one of a kind beer shop that is a must-visit when exploring the Lower East Side. Whether customers want to experience an authentic class, just wander in for a cold brew or take one to-go in a glass growler, this is the spot to experience craft beer in a new and exciting light.

“We just wanted Top Hops to be somewhere where people can come in and enjoy themselves while learning about beer, talking about beer and trying a whole bunch of different beers,” Kenny said.

For more information on Top Hops, you can visit their website here.