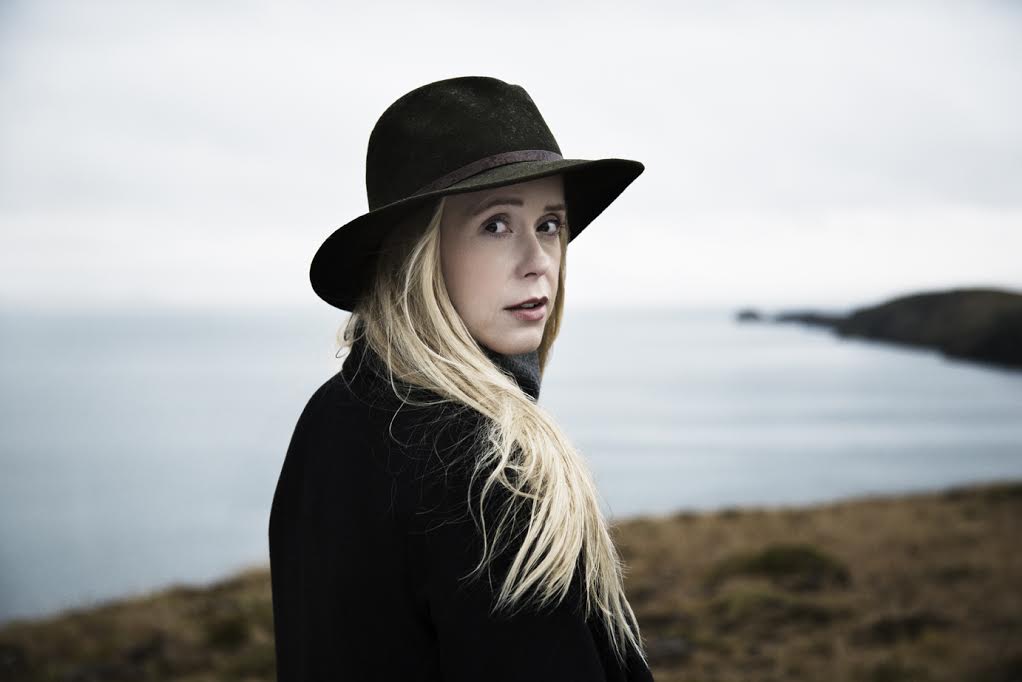 Acclaimed Danish singer-songwriter Tina Dico recently passed through New York City, giving two back-to-back intimate concerts at The Public Theater’s Joe’s Pub. For both of these sold-out shows, she was accompanied by her husband and fellow musician, Helgi Jónsson. With her powerful voice, soft guitar strokes and a great mix of older and newer songs, the audience was clearly spellbound by both Dico’s pensive lyrics and the chemistry — musically, as well as personally — between the couple on stage.

In 2000, Dico started her own record label, Finest Gramophone, with its first release being her debut album Fuel. Since then, Dico has put out nine more albums, including a soundtrack to the Swedish movie The Road To Gävle and a greatest hits — thus far — release. The 2010 album Welcome Back Colour made a household name not only in her native Denmark but also internationally. Follow-up albums have also received tremendous international attention, the latest being Whispers, about which the Boston Globe wrote: “One of pop’s more expressive vocalists, Dico delivers wonderfully direct performances without any hint of false sentiment or heightened melodrama.”

While in New York, Dico spoke to Downtown about life in Iceland — and on the road — with her aforementioned musician Helgi Jónsson, songwriting and where she finds her inspiration. With your latest release Whispers, what is something your especially proud of — or love — about this album?

Tina Dico: I love the calm vibe of it, the depth and warmth of the overall sound, and that some of the songs have a dark masculine vibe about them. I especially love “Someone You Love” and “The Woman Downstairs.”

Looking back on your musical journey from your debut album Fuel to your latest, how has your music evolved with you?

TD: I used to be more hectic — as you often are when you’re young. I sang at the top of my lungs and wanted to squeeze as many messages into every song as possible. I felt I had so much to say! I still love singing most of my old songs, but the songs I write now are calmer and looking at things from above, like me.

TD: I definitely sense the space. There’s space for big thoughts and letting your mind fly high and free. It’s not like my music has started sounding more Icelandic or “Elvish,” but just being here inspires me to write. Surrounded by these vast landscapes, I feel like a small part of a bigger picture and it makes me want to reach out.

When it comes to songwriting, how much do you draw from your own life? Is songwriting a kind of therapy for you?

TD: It is therapeutic and I do draw a lot from my own life. I can’t write about feelings or questions or themes that haven’t passed through my own emotional system. Like, when I write about my old “friend in a bar” and her problems of being stuck in the past. I wouldn’t be able to describe “my friend” if I hadn’t been in her shoes myself.

Having said that, I don’t write songs that feel private to me. I experience something, digest it, move on from it, and then I write the song. When I’m ready to look at the it from a distance.

Where do you find your inspiration? And has it changed over the years?

TD: My approach has changed, but I think the source for inspiration is the same. Essentially an urge to put this crazy thing called life into words to try and create a sense of order in the chaos. I guess I’m quite chaotic inside and I need songs as cornerstones to hold on to.

A song is usually sparked by a simple sentence, it could be anything, and then words start to build around it, and the music sort of gets weaved into that.

TD: I think about it A LOT. It used to be easier. When they were babies and they didn’t need constant entertainment. I still haven’t worked out how it’s gonna be in the future. At some point we will simply have to tour a lot less. It’s really not easy to juggle these things as I’m sure many busy and ambitious mums — and dads — out there will agree.

Speaking of life on the road and concerts, do you have a most memorable performance experience?

TD: So many! From the smallest rooms to massive festival stages. Last summer I did a guest performance with a big, quite dark and raunchy Danish hip-hop act on the main stage at our biggest festival, Roskilde Festival. 80,000 people were in a frenzy, undressing themselves and each other, and I have never seen anything like it. It was a scary and beautiful and deeply fascinating view from that stage. Not quite like at my own shows. (laughs)

And what about watching other artists perform, what are some performances that have had a big impact on you?

TD: I saw Björk and Rage Against The Machine at a small venue in my hometown in 1993. A Tuesday and Wednesday evening same week. Neither of them were particularly well-known. Best concerts I’ve ever seen!

Cities and places seem to play a big part in your songs — your “love song” to Copenhagen, talking about writing one for your hometown Aarhus, and also cities such as London and Paris – do you see yourself ever writing a song about New York City?

TD: I already did. (laughs) It’s called “Me And Maggie In New York City.” It was never properly released, but I actually think it’s an awesome song. But yeah, who knows, maybe there’ll be another one some day. It’s certainly an inspiring place to be!

What’s great about playing in New York City? And could you ever see yourself living here?

TD: I spent two months in Manhattan, on Thompson Street, some years ago and I loved it. How everything was around the corner and there was always action and good times nearby. But I’m not a big city girl. It’s not in my nature to go to bars, party and stay up late. It never was — I’m totally boring like that. So no, those days are over. I’m an Icelander now and prefer to wake up to a view of old quiet mountains.

What is next in line for Tina Dico? What are you currently working on?

TD: I’m writing both for myself and for my husband, who’s recording his next album as we speak. It’s gonna be a while until my next one comes out but there might be some interesting side projects before then. Maybe I’ll pop by New York with a sample next autumn.

Someone You Love ON TOUR from Tina Dico/Dickow on Vimeo.