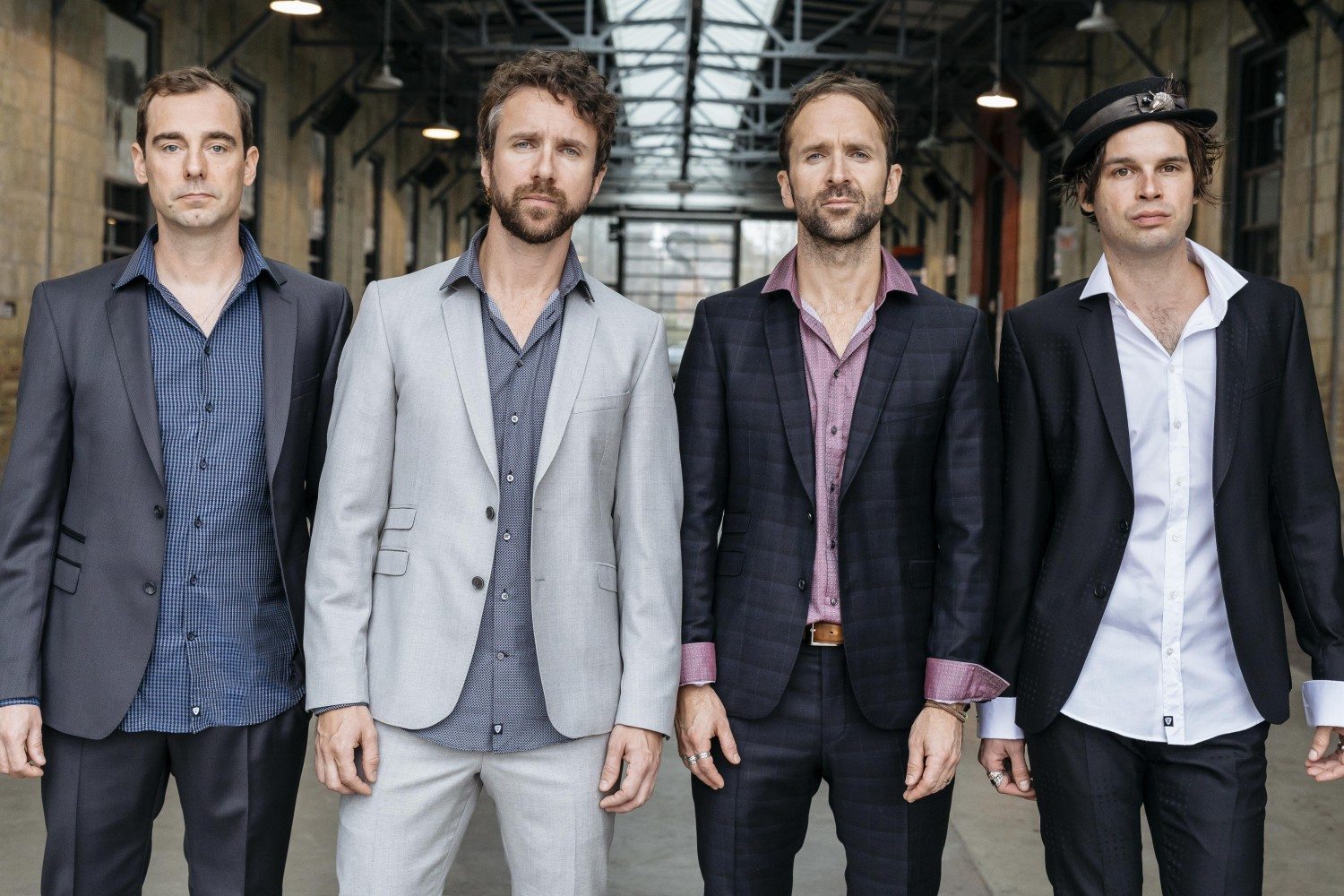 Formed 20 years ago in 1996, rock quartet The Trews has been steadily successful in their native Canada. Beyond having multiple gold albums and more than a dozen charting singles, The Trews has been nominated five Juno awards – think Canadian Grammys – beyond some U.S.-friendly wins at the Independent Music Awards and the East Coast Music Awards. In turn, it is not surprisingly that The Trews was one of four acts to headline Nova Scotia’s Cape Fest in September 2014, alongside Aerosmith and Slash.

In advance of The Trews’ Jan. 20 show at The Mercury Lounge, I had the opportunity to do some Q&A with founding guitarist John-Angus MacDonald. While the band is not touring in support of a new album, the group – which also includes vocalist Colin MacDonald, bassist Jack Syperek and drummer Gavin Maguire – is said to currently be on a follow-up to their self-titled 2014 release. However, late 2015 did bring the deluxe reissue of Friends And Total Strangers, as featuring remastering and live bonus tracks beyond.

For more on everything Trew-related in the meantime, click on over to www.thetrewsmusic.com. Generally, winning a “Best New Group” sort of award is the kiss of death to an artist’s career, but it’s been more than 10 years since you were nominated for that Juno Award. Were you initially scared when nominated for the Juno? Or was it an honor for you?

John-Angus MacDonald: We avoided the kiss of death by not winning the award! We were nominated that year but did not win.

To date, The Trews have had 16 singles chart in Canada. At what point did you realize that you had a career as a band, not just a fluke success?

J: We never took our success for granted and always kept our focus on writing the next tune, which has kept us in a state of perpetually moving forward. I guess by the time we were able to support ourselves financially, which was a couple of years into it, we knew were onto something and could probably keep it going so long as we kept on turning out good records and live performances.

Who was the first artist that made it from Nova Scotia that made you feel as if you can make a living as a musician? Was it Sloan? Or April Wine?

J: Sloan. They were more of our generation-ish. We looked up to them as an example of a band from nearby who made it. They had songs on the radio and Much Music — Canadian MTV — that we used to cover when we first started. Although I’ve come to really respect April Wine over the years as well.

How does touring in Canada compare to a U.S. run of tour dates for you? Or is the idea of touring and being on the road the same for you regardless of where you are?

J: Generally being on the road is sort of a head space, regardless of where you’re touring. But we play smaller venues in the States, as we’re not as well known, so that’s a big difference. There’s also not as much expectation down there as far as what people wanna hear us play, in Canada people expect to hear the radio hits. Since there aren’t any of those down south we can take more liberties with the setlist.

Sadly, a lot of the all-time biggest bands from Canada have not had much success in the States. The Tea Party and The Tragically Hip being two examples of that. Can you recommend a great band from Nova Scotia that our readers may have never heard before?

J: The Novaks from St. John’s Newfoundland are a great band. Newfoundland is further east of Nova Scotia, but my brother and I partially grew up there so I figure I can recommend a band from there.

Back to you, is there a professional accomplishment you’re most proud of?

J: I think I’m proudest of our longevity. There’s been all kind of highlights throughout the years, a number one here and gold album there, but the relationship we’ve developed and fostered with our fanbase over the last 12 years has been the most rewarding part — and it’s what allows us to keep doing it.

Do you have a follow-up to your self-titled album in the works?

J: Yes. We were in the studio last week tracking some new songs for some kind of release that will come out in mid-2016. Not sure what that will be yet, but it will have new music on it.

J: I spend most of my time with my family; I have a two-year old son at home. Otherwise I like to surf, golf, run, do yoga, go to the movies, go to concerts…

J: Nathaniel Rateliff & The Night Sweats’ debut album is fantastic. I just saw him live in Toronto and he was just as good as his album.

J: Keep an eye out for good music and support it! There’s lots of great stuff out there but you wouldn’t know it from the faux poptimism of the charts. Dig deep and keep listening!