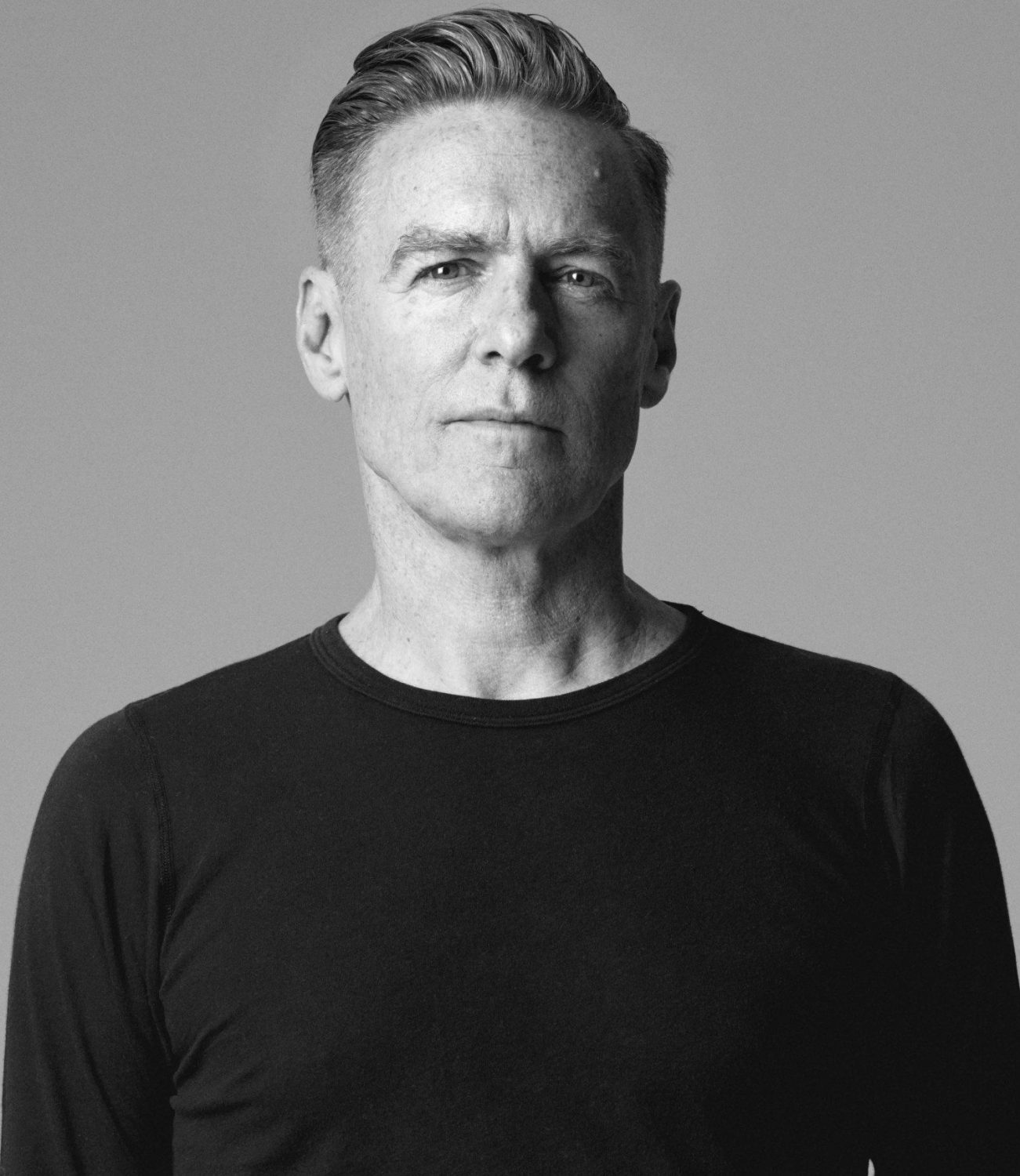 When it comes to hit songs and albums sold, Bryan Adams is in rare company. Songs like “Summer Of ’69,” “Heaven,” “Have You Ever Really Loved A Woman?” and “(Everything I Do) I Do It For You” remain as popular as ever, helping Bryan to sell over 65 million albums worldwide. Amazingly, that “65 million albums” figure does not include songs that Bryan had written or co-written for other artists, a list which includes KISS, Motley Crue, Neil Diamond, Bonnie Raitt, Rod Stewart, and Celine Dion; many of these songs were written with Bryan’s long-time collaborator Jim Vallance.

Bryan – whose credits also include 18 Juno Awards and two Ivor Novellos, in addition to a Grammy, an American Music Award, a VMA and five Golden Globe nominations – released his 13th studio album, Get Up, back in October. The music video for the first single, “You Belong To Me,” features actress Helena Bonham Carter. In support of Get Up, as produced by Electric Light Orchestra leader Jeff Lynne, Bryan comes to town for an intimate Feb. 11 concert at The Beacon Theatre.

As hinted to within our Q&A, beyond music, Bryan is an accomplished photographer. While he has no upcoming photography exhibits scheduled for the U.S. – prior exhibits have been presented in New York City at 401 Projects and the 14th Street Gallery – his next exhibition will be in Sweden. For information on that, tour dates and everything else Bryan Adams-related, click on over to www.bryanadams.com.

Jim Vallance considered himself retired before working on your new album. How exactly did you get him to work on Get Up?

Bryan Adams: It wasn’t easy to pull Jim out of retirement, but back in 2002 I’d asked him to help me with the Spirit film soundtrack, and it was from that moment that we started bouncing ideas back and forth. Then we wrote for the Vancouver Olympics, and really it’s been non-stop from there. Get Up is one of our greatest achievements musically.

When did you first meet Jeff Lynne? Was it prior to recording the Get Up album?

B: Yes, we met back in the ’80s. He came to one of my gigs in Birmingham with a few of his chums, and we met again in the ’90s too. I’d wanted to work with him for ages but never really knew how to go about it. Then a mutual friend of ours in L.A. connected us, and I went over to Jeff’s and had a cup of tea. He made a very good brew, and that pretty much did it.

Did Jeff Lynne make you do tons of vocal takes? What kind of mic did you use?

B: That’s funny, most of the vocals on the album are my demo vocals with the exception of a few, which I recorded with Jeff at his place. We’d usually sing it a few times and that would be it. For this album, the mics I used are a Shure SM58 and Neumann 87.

Do you have any goals for Get Up? Is there anything that needs to happen in order for the album to feel like a success for you?

B: Yes, the original dream for Get Up was to re-conquer the world, then I woke up and my tea was cold. Now I am going about the only way I know best, touring. It’s hard to get the songs on the radio in America, and Canada won’t play them either because they are locked into the American system, so fuck it. I’m going on the road and doing it old school.

Having sold many millions of albums, won a lot of awards, and been awarded the Order of Canada and also the Order of British Columbia, do you have a professional accomplishment that you’re most proud of?

B: Yes, I’m proud that I have the same people around me from when I started. That, and I can pay my damn rent from playing music, which is something these days, because not many people can make a living from music anymore.

What do you remember about your first-ever concert in New York City?

B: I think it was at The Bottom Line in New York City and Stevie Ray Vaughn opened the show. Any idea what the setlist of your upcoming show at the Beacon Theatre will look like? Hits with a few songs from Get Up added in?

B: Yes, we play half of Get Up live, and the rest of the show is a mixture of lots of songs from the past 13 albums.

Do you have any photographic exhibitions slated for New York in the future?

B: I wish I did, but it’s not the easiest thing to arrange. My next big one is in Stockholm, Sweden at the Fotografiska Museum Of Photography this summer.

B: Usually trying to surf, and I’m getting the hang of it, but it’s too damn cold in England to surf.

Overall, is there something you wish more people knew about you?

B: I love New York City, that’s for sure. I have a love affair with the place, it represents good times and hard times for me, but mostly good times.

9 Foods You Must Try