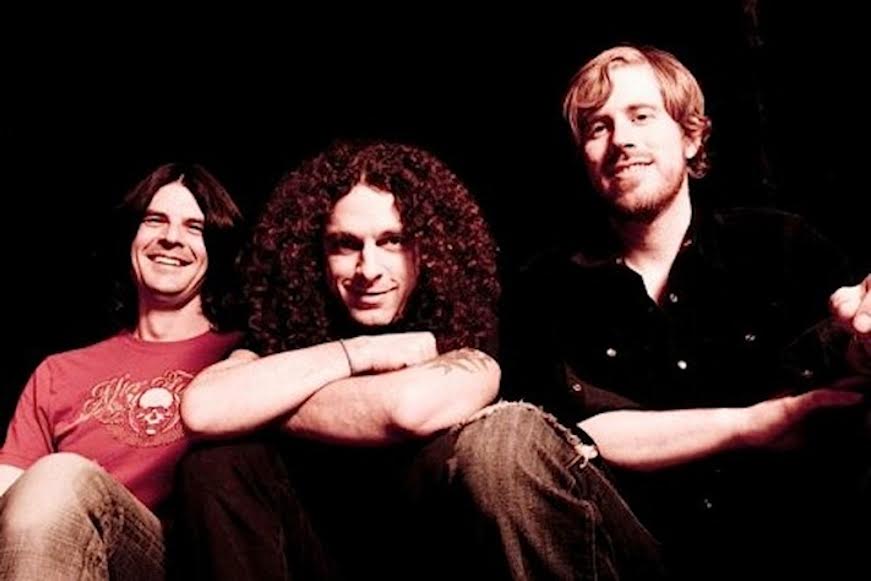 I first learned about The Atomic Bitchwax when interviewing Michael Wildwood from Chrome Locust, former Tee/Pee Records labelmates of The Atomic Bitchwax about 15 years back. Tee/Pee had a reputation for being a “stoner rock” record label back then, although it went on to release albums by Maplewood (featuring members of Champale and Nada Surf), former Yeah Yeah Yeahs sideman Imaad Wasif, and Hopewell. Back then, the Atomic Bitchwax sticker that Tee/Pee had sent me proudly noted that the band included Ed Mundell from Monster Magnet.

Fast-forwarding a decade and a half, The Atomic Bitchwax is back on Tee/Pee and the trio now includes two current members of Monster Magnet (neither of which Ed Mundell). The band – which formed in Neptune, New Jersey – just released its sixth full-length album, Gravitron, an album full of old-school hooks and guitars.

In support of Gravitron, The Atomic Bitchwax begins a tour today, August 13th, in Brooklyn at The Shop. The tour loops around through downtown Manhattan with a gig on September 18th at the Lower East Side’s Bowery Electric. Bassist, vocalist and founding member Chris Kosnik answered some questions for me to talk all things Bitchwax. For someone who hasn’t heard The Atomic Bitchwax before, how would you describe the band?

Chris Kosnik: I think we’re pretty much a straight-up rock band, but we play just past the limit of our abilities. It feels like it’s going to fly apart at any second, but when it doesn’t, that’s the Bitchwax sound.

How would you compare Gravitron to the album before it?

C: It’s like night and day, The Local Fuzz was one long 50-minute instrumental with lots of extra instrumentation and studio effects, and Gravitron is 10 tight rock songs with vocals in 40 minutes. No click-tracks or computer enhancements. Gravitron is simply our best recorded representation of the band since we started.

What should be expected from your upcoming gig at The Bowery Electric? Does an Atomic Bitchwax set these days have any covers in it?

C: They should expect 90 minutes of face-melting riff rock with a Pink Floyd cover in the encore.

Are fans of your band the same all around the world? Or is the reception different in Europe?

C: Well, the fans are pretty much the same, but the Europeans revere rock music more as an art form, whereas here in the U.S. it’s more “flavor of the day.”

The band is back on Tee/Pee Records, where it also started its career. What is it about that label that keeps you loyal?

C: Well, Tee/Pee Records has had two different owners in the time we’ve been on the label, and we were actually on another called Meteor City Records, from Albuquerque New Mexico, for about five years. The current owner of Tee/Pee, Kenny Segal, has been a close friend of the band for years now, and when I heard the management structure had changed at Tee/Pee, we came back to the label.

Two of your band’s three members are also in Monster Magnet. Might we see a tour featuring both bands anytime soon?

C: I think that would be great, but it’s really up to Bob [Pantella, drummer] as he’s the one that would have to play drums for 180 minutes straight every night, but years ago, we did open for Magnet once at our local bar here in Jersey.

Altogether, what do you wish more people knew about The Atomic Bitchwax?

C: I wouldn’t say wish, but I would hope this band in some small part is adding to the preservation of authentic hard rock as it’s meant to be heard, and doing our best to keep it dangerous and real. We are at war.

Finally, Chris, any last word for the kids?

C: Yes. Get the fuck off my lawn, you goddamn kids.