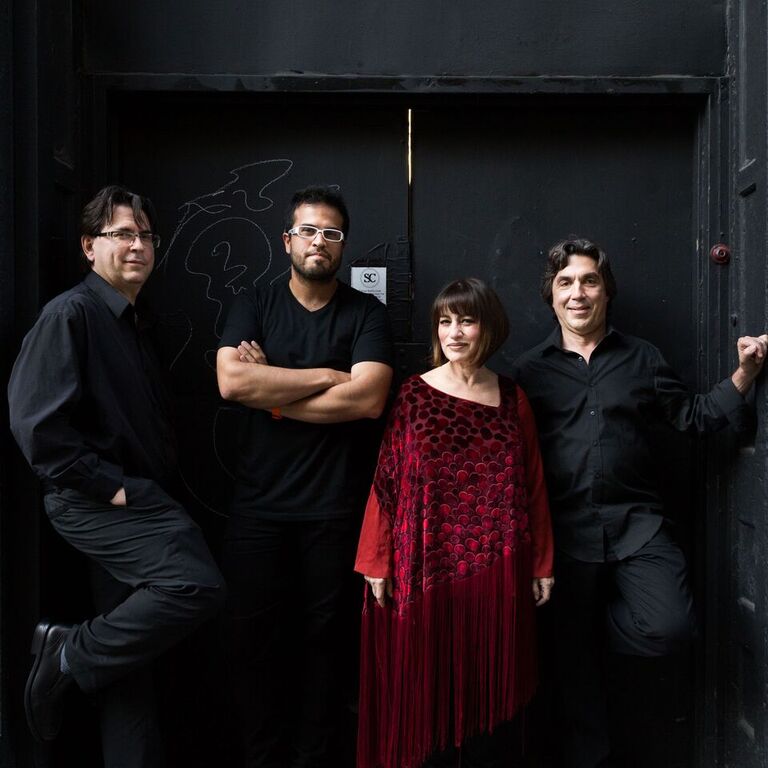 The show follows Piazzolla’s life as he grows up in a rough neighborhood on the Lower East Side of Manhattan as an Argentine-American bandoneón player during the 1930’s. It trails Piazzolla as he develops his art, up until his death as an accomplished musician with a distinctive musical style in 1971. Piazzolla’s fusion of classical music and jazz has revolutionized tango music, deeming him the world’s foremost composer, and Karsten and Wadsworth take the audience on a journey through the evolution of his music.

Both Karsten and Wadsworth bend the traditional gender roles in this production by portraying Piazzolla unapologetically as a female, played by Karsten. They chose to represent Piazzolla as a woman because of the musician’s fascination with the animus-anima effect, the unconscious of a man or a woman channeling the opposite gender while dancing the tango.

The dramatic narrative explores the inner machinations of Piazzolla’s mind and the most intimate details of his life. Torn between his mother, three wives, daughter and music, Karsten’s monologues walks the audience through Piazolla’s creative process while showcasing his deepest inner conflicts, as it contributed to his growth as an artist.

Also accompanying Karsten on stage are JP Jofre, an award-winning bandoneón player considered to be the premiere bandoneónista of the modern age, Brandt Fredriksen, an award-winning pianist who is also a founding member of New York’s Ensemble Respiro, and renowned violinist featured on Grammy-winning tracks, Nick Danielson.

SubCulture will be hosting That’s Not Tango on 45 Bleeker Street on July 18th, 19th, 25th, and 26th. For ticketing information, visit Subculture’s website.