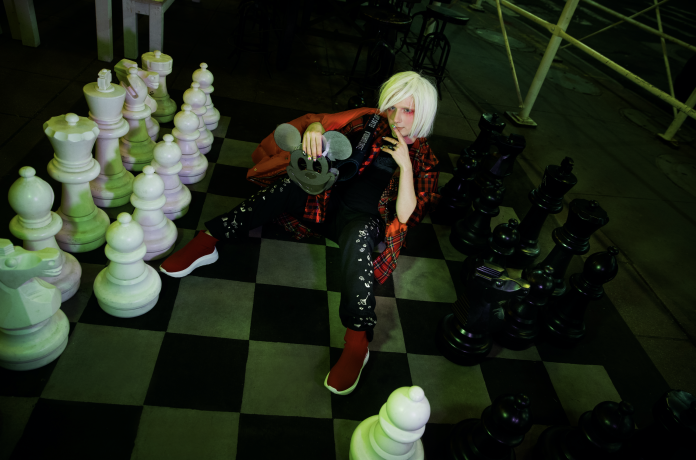 Downtown chatted with up-and-coming artist Kyunchi, who self-describes as making internet music, about what that means, using New York as inspiration, and how luxury plays into songwriting.

Kyunchi: Growing up on Central Park West, moving to Upper East Side and finally settling in Financial District I would say yes, New York is definitely home to me. My personality is very New York as well.

Downtown: How does New York inspire your music?

Kyunchi: When you think of New York – you think of elegant buildings, flashy lights, expensive stores and a fabulous atmosphere. I try to capture this kind of energy with my music and make the listener excited. Imagine going to Times Square for the first time, there’s a lot going on, everything is new and wonderful. You can’t wait to see everything, try everything, and hear all of the noise.

Downtown: How did you get into music?

Kyunchi:I’ve had art living inside of me ever since I was a child. My creativity would drive me crazy sometimes because there was always a need to draw and to create. I would get bored easily when I wasn’t stimulated artistically. Even though I was really into drawing I’ve always had a secret desire to make music. I would play on GarageBand and Melodyne and make little demos for myself. I was listening to a lot of Japanese music groups and idols and it made me want to make cool music too. I decided to seek out a producer to help me start making my vision a reality. I’m here now trying to take my art to the next level.

Downtown: Do you do everything or just vocals?

Kyunchi: ﻿I don’t know how to play any instruments but I can write and I sing a little bit. Right now I record everything in my room but I plan to start recording in a studio soon. My next project is going to be a Jpop song called “Shibuya 109” I’m really excited for it. I’ve already started looking for a good studio to record everything.

Downtown: What does MySpace music mean in the post-MySpace world?

Kyunchi: To some people probably nothing because they aren’t aware of what Myspace music was all about and why it is so important that we revive it right now. To me, MySpace music is a hidden gem of all music. There is this specific kind of energy that doesn’t exist in music today. I’m trying to revive the magic of MySpace.

I also feel like MySpace had an even playing field for artists to showcase their music. It didn’t matter if someone was mainstream or underground. People went completely crazy for some of their favorite artists regardless of how many fans they had. Music now is all about numbers.

Downtown: You say you make music for the Internet, can that translate to live performances?

Kyunchi: Absolutely! I’m a creature that was born from the Internet at the peak of the digital age. I want to pull everyone into my nternet world and mix reality with fantasy and then bring Internet into real life.

If I could achieve the vision I have for my live performances, I think everyone would lose their minds when they see and experience it. I want to show the world things that they haven’t seen before. That is my goal.

Downtown: What is “luxury” music?

Kyunchi: It is an uplifting, superficial, dreamy, flirty music with themes about stuff that everyone wants to have. Luxury music is meant to teleport the listener into a high end atmosphere of fashion brands, champagne, private jets, and VIP everything. Many people feel that luxury is something unattainable and that it’s only reserved for the select few. I want to break that illusion. I want to make the listener feel like the possibilities are all around them. I want people to feel so powerful and fabulous that they literally would feel like they can have and do anything they wanted.

Downtown: Why did you pick Regina George as an inspiration?

Kyunchi: I find Regina George interesting because she’s such a polarizing character. She is a beautiful girl who seems to have it all – popularity, huge mansion (and a silver Lexus), a hot boyfriend and a group of loyal followers. People idolize her because they all want what she has. They forget that she’s a mean girl though. I think this is very reflective of reality – we are often so distracted by all the glamour that we don’t see the ugliness that is happening around us.

Downtown: How do fans find you?

Kyunchi: Sometimes I feel like I’m just a virus that randomly pops up on people’s computers screens. I have a drawing of me as my profile photo on Spotify and SoundCloud so I’m not sure what people think when they find me. I don’t know if they think I’m a real person or what when they stumble upon my music.

I’m really active on Twitter. I think that’s usually where people find me. I have Instagram too, but Twitter is definitely where I interact with people the most.

Downtown: What are some of your favorite music venues in NYC?

Kyunchi: I’ve always loved Webster Hall. I’m so happy that they’re re-opening it. I can see myself potentially performing there because it has such a cool and “underground” vibe and I love that

I love Hammerstein Ballroom as well. I recently went there to see one of my idols a Japanese technopop group called Perfume. It was such a dream come true for me, you can’t even imagine. The music, the perfectly synced choreography, and visual effects (the effects were out of this world) – it was all completely flawless. I hope I can grow and develop myself to be able to produce something of their level and perform at such an amazing venue.

Downtown: What are some of your favorite restaurants and stores in NYC?

Kyunchi: ﻿When it comes to restaurants I prefer something with good ambiance and delicious food. I really love Futago. They have this amazing Wagyu sushi that is absolutely to die for. I also love Nobu. I’m super adventurous when it comes to food and love to try new things. They have omakese which is chef’s choice – it’s literally a Met Gala of food. It’s so good, it’s insane.

Some of my favorite stores are Bottega Veneta, Sephora, Louis Vuitton, Hermès, Barneys and Juice Press (I can’t live without their rose water). I love when I step into a store and it feels like a perfume-scented dream. I get hypnotized by all the fashion and colors – I really love it so much.