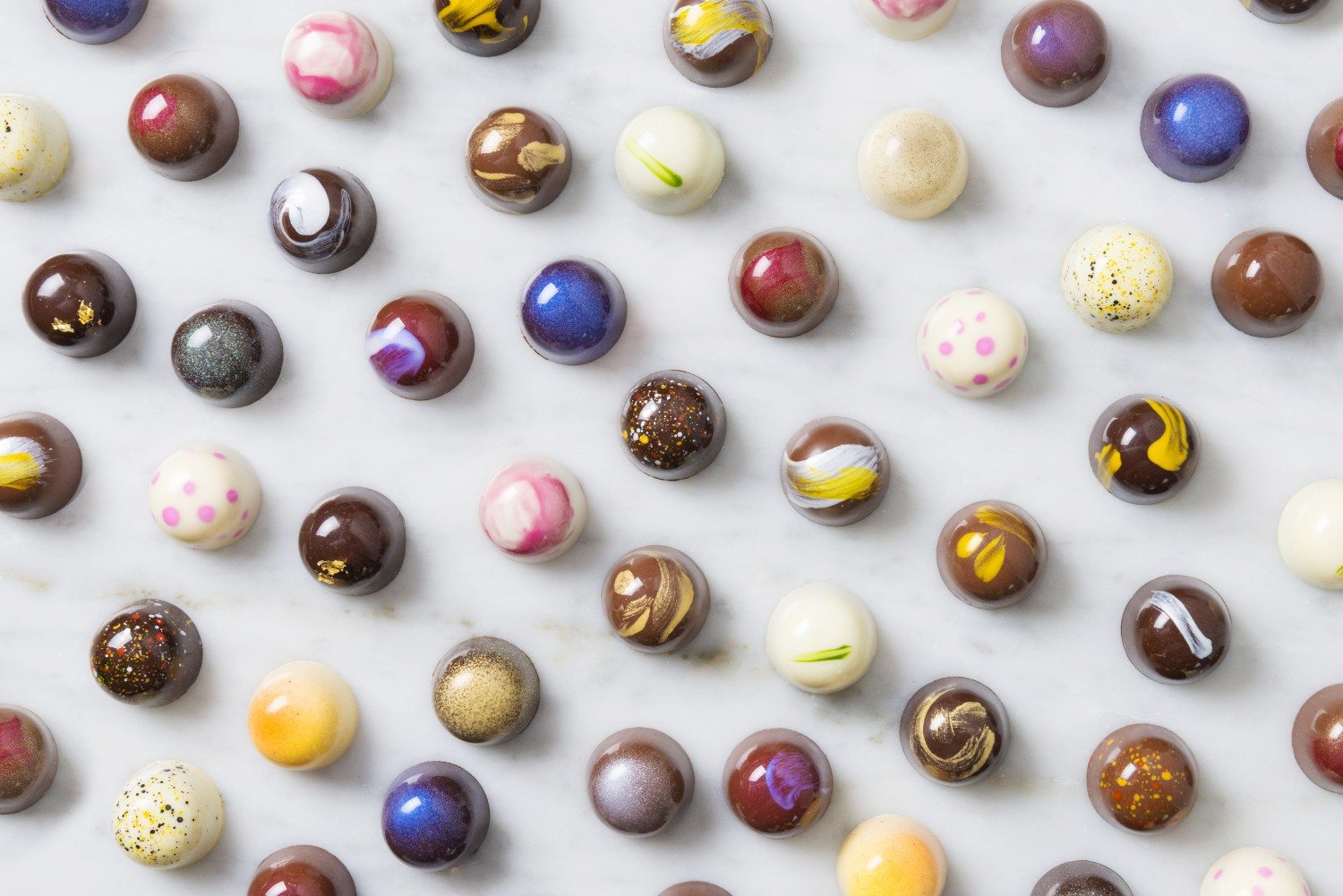 Anyone who visits Stick With Me Sweets to try their bonbons will be presented with a delicious dilemma; how do you eat something that is so pretty? Carefully tempered and hand-shelled, the confections have a distinct sheen accented whimsically with colorful cocoa butter.

Fortunately, for those who might feel guilty about eating something so aesthetically pleasing, the bonbons taste as amazing as they look. There are 24 distinct flavors with profiles ranging from chocolaty to savory. The flavors also have a story behind them with individual ingredients that come together to emulate the theme. The “New York New York” bonbon has a bite-sized chocolate-covered pretzel, covered with peanut butter praline in a dark chocolate shell. It is also covered in colorful brush strokes to represent NYC’s diversity.

If you are not a chocolate fan they also have flavors that showcase marshmallow, speculoos and even black sesame.

Having worked a acclaimed French eateries like Cafe Boulud and Per Se prior to opening her sweet shop, chef and owner Susanna Yoon puts a special emphasis on crafting her sweets with the best raw ingredients. In fact, she sources them from all over the world with Valrhona chocolate from France, cinnamon from Vietnam and vanilla beans from Tahiti.

Her attention to storytelling and indulgent details doesn’t stop at the sweets themselves. The shop’s packaging is also made to look like story books so that customers can decide which “story” they would like to pack their sweets in. In addition to the bonbons they also make soft caramels, truffles and elegant mini cakes.

Having opened on Mott Street in Nolita in December, 2014, it is nearing its one year mark for being in the neighborhood. Director of operations Nina Lee says that the community has definitely responded positively to their shop and its tiny confections:

“We had a strong concept from the very beginning and we find ourselves fortunate to be in NoLita. The location/ community has an appreciation for art and taste and really embrace the quality and care we put into each product, which has led us to a good first year.”

Following the year’s growing success, Yoon, Lee and everyone at Stick with Me Sweets hopes for their fan base to continue to grow, and even project an eventual second location.