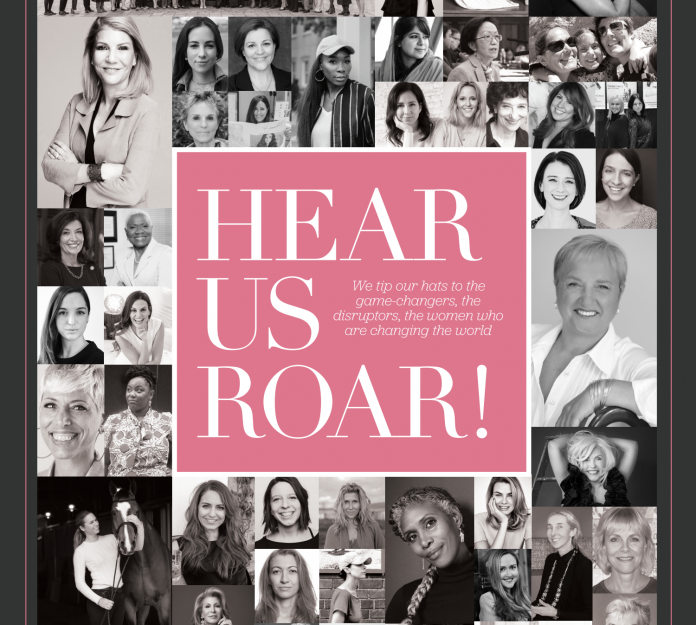 STEPHANIE MONSEU Queens native and founder of Bindlestiff Family Cirkus, a New York-Based troupe, Monseu is a 25-year veteran of the circus who studied metalsmithing at FIT, became a fire-eater, juggler, stilt-walker, and static trapeze artist, and is currently the ringmaster of Big Apple Circus.

Downtown: Name three women that inspire you, and why.

Stephanie Monseu: Three women who inspire me? Just three? It will be hard to narrow it down, but I’ll focus on three different realms. Artistically, Nina Simone has always inspired me, as she is a powerful creator who followed her impulses, honed her voice and composition skills to perfection, and used her music to talk about important human and social issues. She also lifted emerging musicians and brought them into eminence. Socially, it’s women in my adopted community of Hudson, NY who run the Greater Hudson Promise Neighborhood. Their work supports families and children, focusing on out-of-school-time learning, bringing children and incarcerated parents together in a safe and supported environment, providing young families with parenting guidance, and empowering marginalized members of our community. And personally, my paternal grandmother. She broke away from a forced camp-bound march from Nazi occupied Warsaw with three young children and her own dying mother, hiding in forests, barns, and abandoned homes. Although my grandfather had been arrested and taken to Dachau already, she never lost hope and kept moving. Long story short, they were reunited, resettling in Queens. She was peaceful. She knew what the really important things in life were. She saw terrible things, yet kept light in her spirit.

DT: What has been the secret of your success?

SM: At 50, I finally understand that I get to define success for myself. It’s not about shiny things, or comparing mine to yours or hers.  It also means knowing what I don’t know, and seeking guidance and mentorship so I can learn and grow. In this process, I’ve found fulfillment on a level that goes way beyond status and attainment.

DT: If you were going to pass on one piece of advice to a young woman looking for success, what would it be?

SM: My advice for women would be, do not subscribe to the idea that the universe is stingy. There is enough fulfillment to go around. Just because someone else has success in your field, or had a great idea first, or gets recognition for something you do too, doesn’t mean you won’t have it as well. Keep following your true self, and never be afraid to lift up another woman along the way.

DT: In the fight for women’s equality what area do you think needs the most attention?

SM: In my own world, I see women in power on the grass-roots level. We need top-down change. It’s amazing to see the number of women running for political office. I think having more women, from all backgrounds, represented in government on local and federal levels will effect long-needed changes in areas like fair pay, family leave, child care, healthcare, prison reform, as well as diplomacy, environmental policy, scientific research, and global humanitarian issues. I have hope that the culture of sexual aggression will be eradicated with more females in leadership roles. In 2019 and going forward, people who identify across all genders should be working for social and economic justice for everyone.

DT: What are you most proud of in your career?

SM: In my 20’s and 30’s, I was very competitive, pushy, rebellious. I looked out for my interests first. At this point, I’m seeing the big picture – strengthening others and helping them succeed makes us all better. In my capacity as a circus producer, educator, and leader at the Bindlestiff Family Cirkus, I’m part of an organization that has been a platform for artists, youth, and the circus community. And as a performer at the Big Apple Circus, I get to welcome audiences into an incredible world where they see the possibility of human achievement.