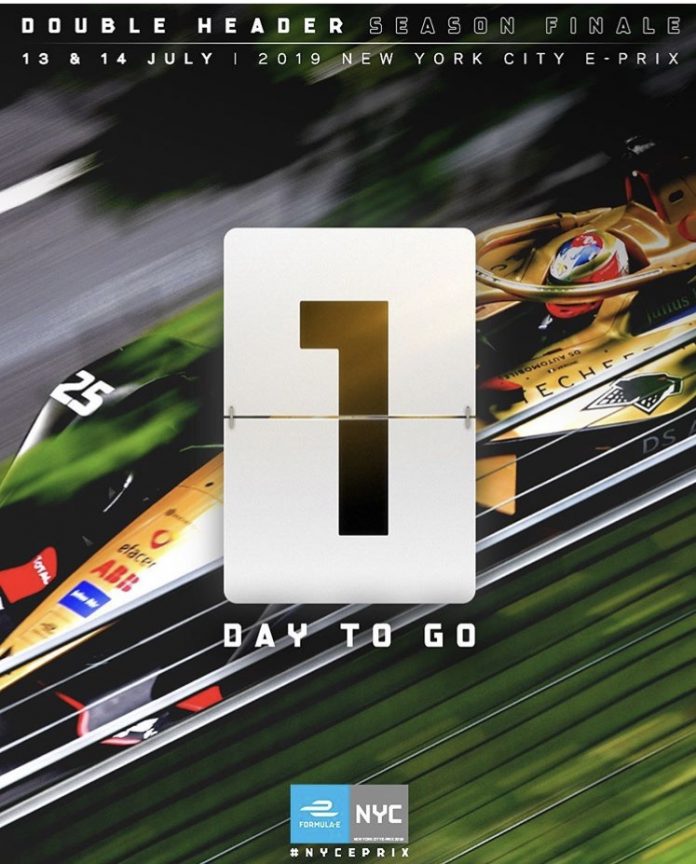 In many instances, when the intent is noble the result is assured.

This weekend’s Formula-E auto race in Red Hook, Brooklyn is just such an instance. Racing is the platform.  As such, the checkered flag is the obvious sought after goal – for the drivers.

However, for the race organizers at FIA, environmental impact (or lack thereof),  scientific innovation and advancement is the ultimate goal. The internal combustion engine may have run its course. Getting from point A to point B through a series of violent explosions may not be ideal.

In a world plagued with deadly levels of air pollution, the ABB FIA Formula-E Championship is more than just an inner-city street racing series. It’s a laboratory for developing and demonstrating the latest and greatest technology in the battle for clean air: the electric car.  This noble approach does not start and end with the car.  Minimal impact is sought in details throughout race day.

Working together with global branding supplier CSM Live, the all-electric championship uses non-PVC material for its trackside signage to reduce plastic production and waste. Even the utensils used by the food vendors are biodegradable! D’Onofrio General Contractors Corp., the firm that actually built the race circuit upon the streets of Red Hook were held to the highest standards of building specifications to assure the environmental impact was minimal.  According to Mr. Jerry D’Onofrio, III, Director of Operations, “no stone was left unturned when it came to meeting the highest moral mandate concerning construction protocols in building the course.  Even our fences and barriers are reusable. Collaborating with the FIA again this year is an immense honor for our organization.”

Anyone that has ever attended a concert, event or fair has witnessed the Genghis Khan-like pillaging and ransacking that is created during such events. Perhaps local officials may be well served by taking notes this weekend as proof that we can be entertained responsibly.

Just to be clear: these cars are not just clean. They are fast. Extremely so. Race fans may be able to have their cake and eat it as well.

Then there is also the astuteness of selecting such a site. This former dilated shipping dock is now part of a lovely shoreline adding to the majesty of New York Harbor. According to Maximilian Gunther, a race-car driver from Team GEOX Dragon: “This circuit located at NY Harbor is simply spectacular.  I always stay a few extra days to enjoy the City and sights.  The course itself is very competitive with a nice variety of both high-speed corners and tight turns which bodes well for overtaking.  It’s one of the driver’s favorites on the race schedule.”

Moreover, Porsche and Mercedes have committed to joining the series in 2020 bringing with them years of racing legacy and know-how.

We will soon discover if that old racing adage still holds true: win on Sunday and sell on Monday.