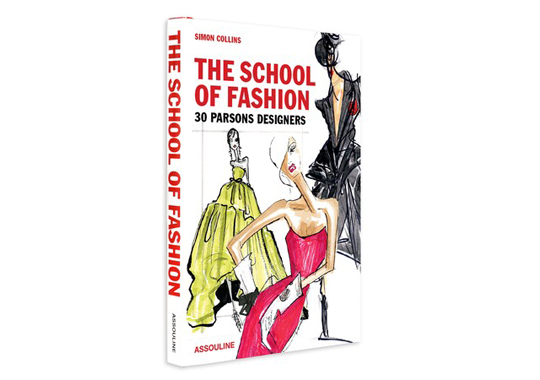 Parsons’ New School for Design’s Dean of Fashion, Simon Collins has written a book,  putting a spotlight on the school’s most successful students who have risen to the top of  the American fashion world, over the past 30 years.

Parsons is internationally renowned as one of the world’s top schools for fashion design. For decades, students from all over the world have made their way to New York to study there.

Many students have graduated and become internationally designers and are featured in this book, including Claire McCardell and Anna Sui to Behnaz Sarafpour, Donna Karan, Narciso Rodriguez, Alexander Wang and Proenza Schouler.

Simon Collins pinpoints 30 individuals for this luxury tome from Assouline Publishing in New York City which will be initially available at an exhibition at the Milk Gallery on 15th Street in the Meatpacking district beginning on Thursday and running through until April 19.

The book features portraits, original sketches, illustrations and Q&As with the Parsons-educated designers, who talk about their successful careers.

“When I first joined Parsons in 2008, I was knocked out by the wealth of our alumni, but I was also intrigued by how we were not terrifically connected to them at the time,” Collins told Women’s Wear Daily. “As I met with them, either socially or professionally, it became clear that there were stories I really wanted to learn about.”

The proceeds of book sales there will go toward the creation of a Parsons scholarship fund.

For more information about The School of Fashion go to: assouline.com