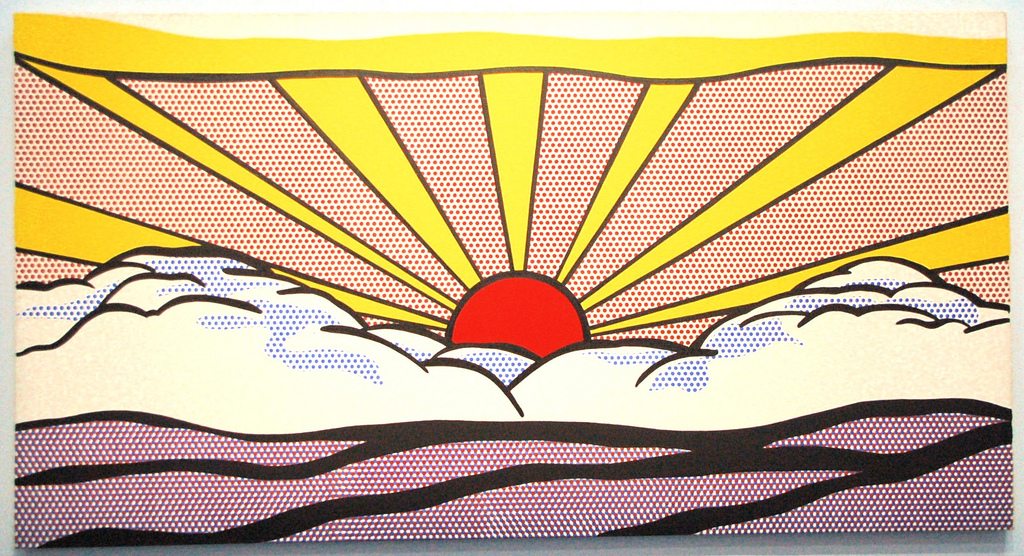 In 1983, renowned pop artist, Roy Lichenstein’s famous Greene Street Mural was erected in art dealer, Leo Castelli’s Greene Street gallery and subsequently destroyed six weeks later. The enormous 18 foot high, 96 1/2 foot long mural has been resurrected at the Gagosian Gallery in Chelsea. Located on 24th Street and 11th Avenue, the replica of the Licheinstein’s incredible work spans the wall of the gallery with his other paintings and sculptures nearby.

Thirty years later after it’s original show, the mural has been created with the help of Lichtenstein’s former studio assistant and is almost identical the the original piece. The layering of recognizable objects—composition notebooks, Swiss cheese, a roll of toilet paper—alongside Lichtenstein’s trademark colors and brushstroke style creates a dynamic visual experience that should not be missed.

In a separate room are Lichtenstein’s drafts for the mural with cutouts of inspiration. Photos of the artist and his assistants working on the original mural are mounted on the wall.

The mural, which opened on September 10th, will run until October 17th.