THE STORE THAT EMBODIED THE NEW YORK HUSTLE

Six months after the September 11 attacks, Downtown’s discount department store Century 21 finally cleared out all the physical and psychological trauma from the collapse of the nearby Twin Towers and reopened.

Customers streamed back into the store in droves while cheering and applauding, and the executives of the family-owned chain clapped right back at them.

New Yorkers won’t get the luxury of crowding so close to each other to say goodbye during the pandemic: In September, the company announced it was shutting all 13 of its stores, including the flagship Lower Manhattan location at 21 Dey Street. Like many retailers, the COVID-19 pandemic sapped the store of its customers, including its key tourist clientele, and said its insurers wouldn’t pay out to keep it afloat. No official final date has been announced, but the New York Post reports the stores will shut by November 22. 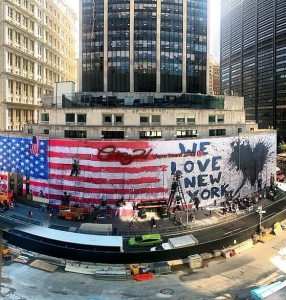 New Yorkers are fiercely loyal to their brands while also becoming accustomed to a loss in recent years, as the forces of gentrification and online retail tear up brick-and-mortar shopping habits. But the Century 21 news hits different because the store embodied the very essence of making it in New York: the hustle.

Shopping at the flagship in the Financial District felt like a microcosm of city living: jostling for buried treasures like seats on the subway and hunting for deals like that back-alley dumpling place no one else knows about. The deep discounts on Gucci bags or Moschino pants were plenty, but the environment still sparkled with New York glamour. This was no strip mall bargain bin: The four-story, 150,000-square-foot Downtown location was ostentatious in the Old New York way — filling an art deco former bank building with deals up to its vaulted ceilings, as shoppers traversed marble floors or up a majestic staircase under mahogany wall fixtures and gold-lined light fixtures. 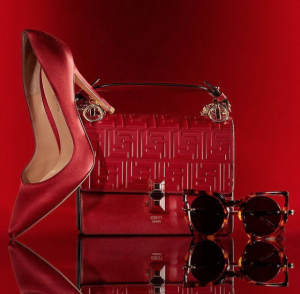 Maria Sherman of Jezebel said it was the melting pot of all types of New Yorkers on the hunt for shortcuts to the luxury of city living:

“At Century 21 — particularly the Financial District flagship — middle-class shoppers and stylish tourists sorted through the racks for luxury brands at a highly discounted price in a venue with a much more specifically brash New Yawk ambiance than a suburban Marshalls, TJ Maxx, Ross and Burlington Coat Factory. Somebody might yell at you! You might yell at somebody else!

For some New Yorkers, the store (dating back to its original Bay Ridge location, opened in 1961 by Al and Sonny Gindi of Flatbush, Brooklyn, whose family still controls it) Century 21 was their introduction to fashion. The Cut’s Xochitl Gonzalez wrote about growing up in working-class Brooklyn and dreaming of being a city “working girl”:

“I hadn’t bought a Vogue yet, but I had touched Chanel suits, seen Donna Karan dresses and Norma Kamali coats. My fashion sense wasn’t formed from staged photo shoots on glossy pages or, in today’s variant, lewks on the ’gram, but by watching the real women of New York, from all walks of life, tailoring their unique styles in the Century 21 dressing rooms, one garment at a time.”

She later became an expert at shopping “Centuries.” 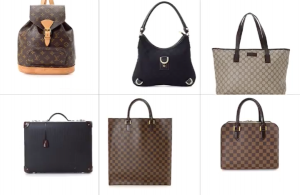 “A good purchase there was more than a bargain; it was a signifier. It implied aspiration, it implied a knowledge of fashion, it implied your innate ability to spot the needle in the fashion haystack. How fly, how dope, how hot was your taste? Your Centuries finds said it all.”

This is how many folks will remember the store: a place that punctured the outsider notion that New York was only a playground for the rich; you just had to know where to look. Century 21 still calls itself New York’s best-kept secret on its website, but the secret is long out, especially as hordes of foreign tourists made it a fulcrum of their shopping plans.

In Curbed, Christopher Bonanos and Caroline Spivack noted that label-hunting was key to the struggle of making it in New York:

“These places, and especially Century 21, were hardly secrets — they were big businesses with large retail footprints — yet they were also, curiously, kind of a secret handshake. One quality particular to striving New Yorkers is knowing how to experience the city while presenting as a well-off and stylish person without being rich — to fake it till, or while, you make it.

If you were a certain kind of devoted shopper, you’d treat the stores as part of your daily commute: On the way to the train two or three evenings a week, you’d do a quick walkthrough, stalking the new stuff, watching the racks, deciding whether to pounce on that Prada blazer at 50 percent off or take a chance on the possibility that the price would drop another hundred bucks by Friday. It also became a huge tourist destination, one where Italians could go to buy Italian fashion for much less than it would cost them at home, then wear it back to Italy.”

The store got famously blessed by one of the city’s most famous fictional shoppers, Carrie Bradshaw of “Sex and the City.” In one episode’s voiceover, she declared: “The next day the verdict was in. Century 21, the Downtown discount store, was the best part of jury duty.” More recently it helped outfit another iconic New York character, Adam Sandler’s Howard Ratner of “Uncut Gems,” whose iconic polo was sourced from Century 21.

It was an entry point for aspiring Carrie Bradshaws, too, especially millennials who entered the workforce and realized they’d never get to survive in New York City on a weekly columnist’s salary.

In Vogue, Liana Satenstein explains why it was her only store of choice:

I didn’t step foot into Barneys’ colossal Madison Avenue building until it was closing, to check it off my bucket list. They all seemed inaccessible. But Century 21? It was a store for the people, specifically those who want a piece of the fashion pie but don’t want to shell out for the whole thing. When I was working my dead-end sales job and writing about nail polish for the website of a women’s magazine, I wanted to feel connected to an industry I desperately desired to break into.