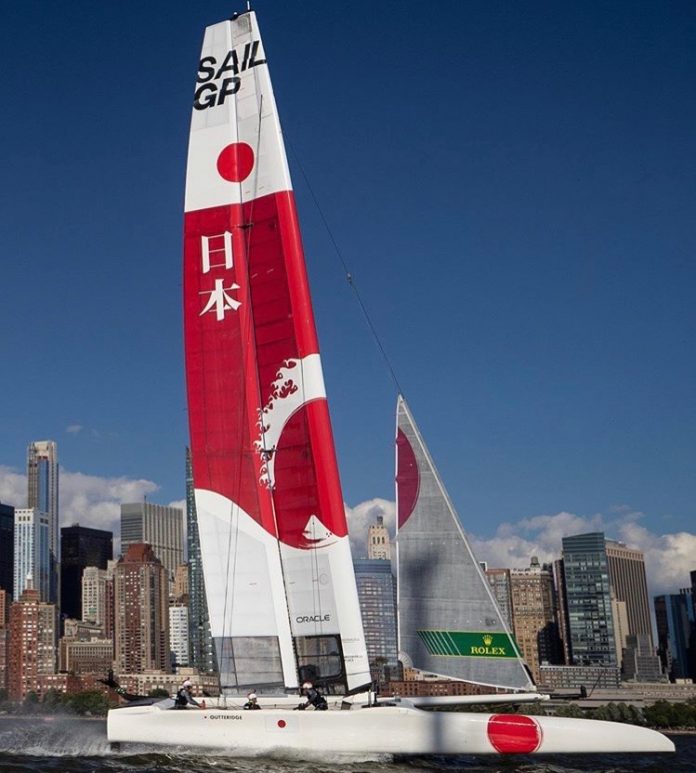 Achieving success in NYC is a challenge in any endeavor, so why should Sailing be any different?

As smoothly stated by an exuberant Nathan Outteridge, CEO and of Team Japan, winner of this weekend’s SailGP: “This race in NY harbor is so much fun precisely because it is so difficult. Our team looked forward to this race all season.”

With strong tidal currents, inconsistent and undulating winds due to our concrete mountains, and similarly caused wind shadows that serve as emergency brakes for these sailboats, NY harbor proved an immense challenge. Even for the best sailors on this planet. Team Japan won this weekend’s trophy because they most effectively adapted to these challenging circumstances.

The beauty of SailGP as a sport is precisely this ability to create conditions wherein the human element and skill are the deciding factor. All boats are analogous. It is not an arms race to surpass competitors through excessive budgets and signing bonuses. Rather, the technology is jointly developed, and the best team wins.

This weekend that team was Team Japan, Nathan Outteridge, Iain Jensen, Tim Morishima, Yugo Yoshida, Yuki Kasatani, Leo , Luke Parkinson, winning 3 of 5 races as well as the eventual final versus Australia. Skipper Outteridge proved himself the maestro of a well-orchestrated troupe of athletes.

Team USA pleased their local fan base by pulling out a convincing victory in Saturday’s second race, causing an eruption of U.S.A chants by supporters that lined the promenade from Chambers Street to the Battery.

A special mention must be given to the Coast Guard, as well as the NYPD Harbor Unit, for redirecting harbor traffic seamlessly all weekend.

Finally, a warm thank you to the folks at SailGP. Class acts.

We look forward to seeing you next year!