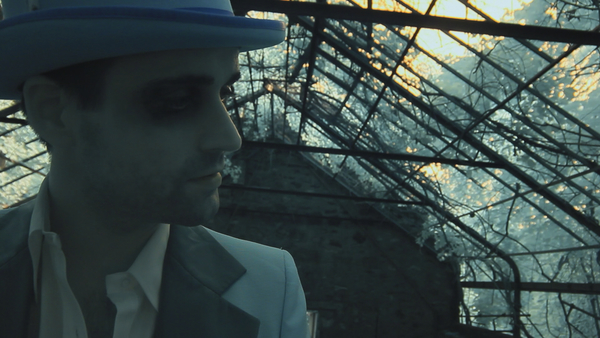 Get your ears on! Musician Ryan Hobler who rocks the New York Americana Noir genre will be showcasing his talents at New York’s Rockwood Theater on February 20th.

Hobler’s ethereal sounds transport listeners to mesmerizing dreamscapes in his new video for the single, “See What You’re Doing to Me.”

Hobler was born and raised in New York and has been playing music and performing in various bands, while working as a professional engineer for the last two decades.

This has given Hobler the time to focus on his writing and develop a refined, lyrically-driven style with a sound that combines intertwining layers of natural acoustic tones, transporting vocal harmonies and surprising arrangements. Thematically, his songs range from intimate personal stories to surreal allegorical explorations that have been praised for revealing a “love, defeat, and resilience in each track.” (examiner.com).

Influenced by folk-rock icons like Paul Simon, Elliott Smith, and Nick Drake, Hobler’s driving force is the desire to connect with audiences. With the help of renowned producer Andy Baldwin (Bjork, Saint Lucia, Wakey! Wakey!), Ryan will be releasing one song a month all throughout 2014, building his debut album, The Elusive Yes, one track at a time.

What: Performing in support of his new video for the single, “See What You’re Doing to Me”

To see the music video for Hobler’s latest single, “See What you are Doing to Me” click on the following link:
http://www.youtube.com/watch?v=DMMHFPE6Xzs&feature=youtu.be

For more information about Ryan Hobler and his music you can visit his website:
http://www.ryanhobler.com/home