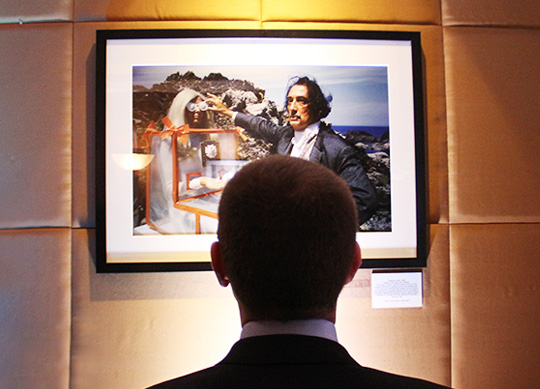 Usually, at a gallery, an exhibit is an opportunity for an artist to share their finished, creative product with the public. In contrast, the “REVEALED” exhibit showcased different artists at varying stages of their creative process. Curated by Pablo Picasso’s grandson, Olivier Widmaier Picasso, “REVEALED” hosted a collection of photographs from both classic and modern artists

Debuting at the Sofitel Hotel New York, the “REVEALED” exhibition featured thirty photographs from the collection of Paris Match, a famous French weekly magazine. These pictures captured a variety of moments documenting stages of the artist’s process, from interacting with muses to engaging with the subject of work itself .

As Olivier addressed the audience, he noted some artists revealed their shy personality in the simplicity of the shots. Such as Picasso, who included a couple of his own photographs, featuring his wife, Jacqueline, doing mundane things like walking and learning steps to a dance. Others, like Salvador Dali, portrayed their eccentric art and nature. The snapshot history provided viewers a glimpse into the diverse creative processes related to a myriad of artists. Among those included in the gallery were: Pierre Soulages, Kees Van Dongen, Rene Margritte, Marc Chagell, Fernando Botero, Joan Miró, Jean Cocteau, Francis Bacon among others.

New York was the first of five stops for the “REVEALED” touring exhibit . “REVEALED” continues its five city tour with stops scheduled at Sofitel hotels in Washington DC, Chicago, Montreal and Los Angeles.