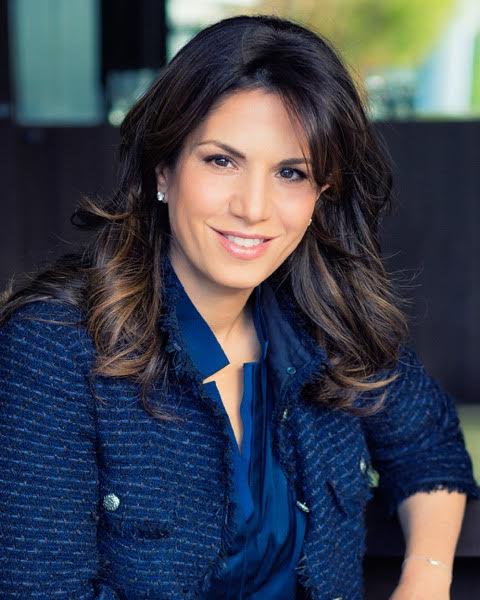 A boutique music publishing company formed in 2007, Reservoir Media Management is responsible for the copyrights behind songs recorded by Britney Spears, Beyoncé, Justin Timberlake, Madonna, Pitbull and John Legend, to name a few artists. The company has administered over 100 #1 releases worldwide and has offices in New York, Toronto and London. Reservoir’s continual growth is particularly astounding, as its February 2016 announcements alone included the signings of Mike Campbell, Esthero, Julian Nixon, and a-ha.

Reservoir Media Management’s founder and President, Golnar Khosrowshahi, kindly took some time to answer some Q&A for Downtown. Beyond her work with Reservoir, Golnar is involved with a lot of wonderful causes. Without naming all of her titles, she is also the President of Yo-Yo Ma’s Silkroad Project, a board member of the National Music Publishers Association, and part of the President’s Advisory Council at Bryn Mawr College. As if all of that, having a family and frequently traveling between Reservoir’s SoHo and Canadian offices weren’t enough, Golnar is also a classically-trained pianist, a certified ski and tennis instructor, and a speaker of four languages. Prior to Reservoir, she was the Global Brand Manager for Euro RSCG – now known as Havas Worldwide – and worked on major campaigns for Philips Electronics and MCI Telecommunications.

For those traveling to Canadian Music Week in May, Golnar will be participating in a panel called New Players, New Ways Of Doing Business. Golnar also has plans ahead related to the annual Midem conference in France and New York’s Songwriters Hall Of Fame events. The Music Of Strangers, as produced by Silkroad, is slated to hit theaters this spring. For more information on all of Golnar’s projects and all things Reservoir, click on over here.

Prior to your career, you studied at the Royal Academy of Music in London and the Royal Conservatory of Music in Canada. What made you decide not to pursue a career as a pianist?

Golnar Khosrowshahi: I guess I will never know, but I really don’t think I was ever good enough. I practiced a lot. I have a very good technical and theoretical background in classical music, but am a far cry from being a performance-grade musician.

Reservoir Media Management is very pop-centric as a company. Given your classical background, when did your appreciation of pop music begin?

G: I would say that while the catalog and most of our “news” is related to pop music, some of our most important compositions are songs like Billy Strayhorn’s “Take The A Train” or The Delfonics’ “Ready or Not.” We have always strived to build a diverse catalog and can now happily say that we have music from the 1940s right through to today. I grew up like any kid and listened to all kinds of pop music. My mother was always listening to the latest music. I saw Hair in the summer of 1979 and [Pink Floyd’s] The Wall when it came out a few years later, and we still have all of her Beatles, Doors and Stones albums.

Do you remember what your first concert was?

G: Vividly -– Supertramp with Bryan Adams opening in 1982 at BC Place in Vancouver, British Columbia.

Music publishing isn’t something that the everyday person understands, the majority of musicians included. Was there a mentor who explained it to you?

G: I read a lot, made a lot of friends, and found advisors early on and asked these same friends a lot of stupid questions to educate myself and do some pretty comprehensive due diligence on the business specifically and the industry more generally. Most of these friends and advisors would tell you that I still ask a lot of those kinds of questions today!

Did you ever have aspirations of becoming a songwriter?

In your eyes, is Reservoir a “major” publisher? A major-indie?

G: I would say that we are a major player in the indie market segment, and ultimately our goal is to lead the indie segment.

What does Reservoir offers that other music publishers don’t?

G: I think we have a very talented team of people that do a great job in their respective functions. We are service-oriented – from synch and marketing, to royalty administration to creative and A&R, and it is precisely that service and personal attention that sets us apart. I also believe we are in a unique position since we have the agility of an independent in how quickly we can act and react, but have access to capital, the network and the expertise that sometimes limit the capabilities of an indie.

How did you first meet Yo-Yo Ma, who you work with on his Silkroad Project?

G: I met Yo-Yo through my mother, who served as Chairwoman of the Vancouver Symphony Orchestra for many years. They became friends over time after her initiative to bring him to Vancouver to perform.

Given that you have a lot of work with Reservoir, a board position with the NMPA and a few colleges, and your involvement with the Silkroad Project, how do you manage to get everything done? Is there a tool or app you rely on? A system for productivity?

G: I am sure I could more efficiently manage my to-do lists, but I still rely on old fashioned pen and paper to manage all of my different projects. So on any given day, you could see one task that is related to Reservoir financials, while the next is related to a Silkroad initiative, followed by a reminder to buy new school shoes for my kids! That being said, we use a number of shared systems at Reservoir to boost productivity, track projects and keep people efficient. Is there anything you haven’t yet accomplished but still hope to?

G: There is so much I have not accomplished and so much left for Reservoir to accomplish. I hope to see the day when Reservoir writers are household names and winning awards for the charts that they top and the records that they break, and the day when all of this hard work particularly in creative services is recognized not just internally but industry-wide. And I also hope one day, to touch my toes!

As you split time between Toronto and New York, how do the two cities compare? Is there anything you wish that New York had that Toronto has?

G: New York will always be the epicenter of art, culture and design, and that’s what makes it so special. New York has it ALL!  That being said, Toronto is becoming more and more cosmopolitan.  It is definitely making its mark in music, in sports and in the arts, making the city that much richer and attracting international attention. It is also undeniable that at this stage in my life, Toronto is providing an unparalleled quality of life for my children.

When you’re not busy with career or charitable work, how do you like to spend your free time? Do you still play music?

G: Free time is time with my family. My children are both competitive athletes, so we spend a lot of time on courts, fields and tracks! I do still play music and we go to a lot of live music. They are equally familiar and engaged with Joey Bada$$ as they are with Silk Road Ensemble members.

Finally, Golnar, any last words for the kids?

G: I ask my own kids every day if they have gotten any closer to finding what they love. If you find what you love to do, working hard, persevering, and staying focused all come naturally. I think that’s the secret – find what it is you love to do and then do it.