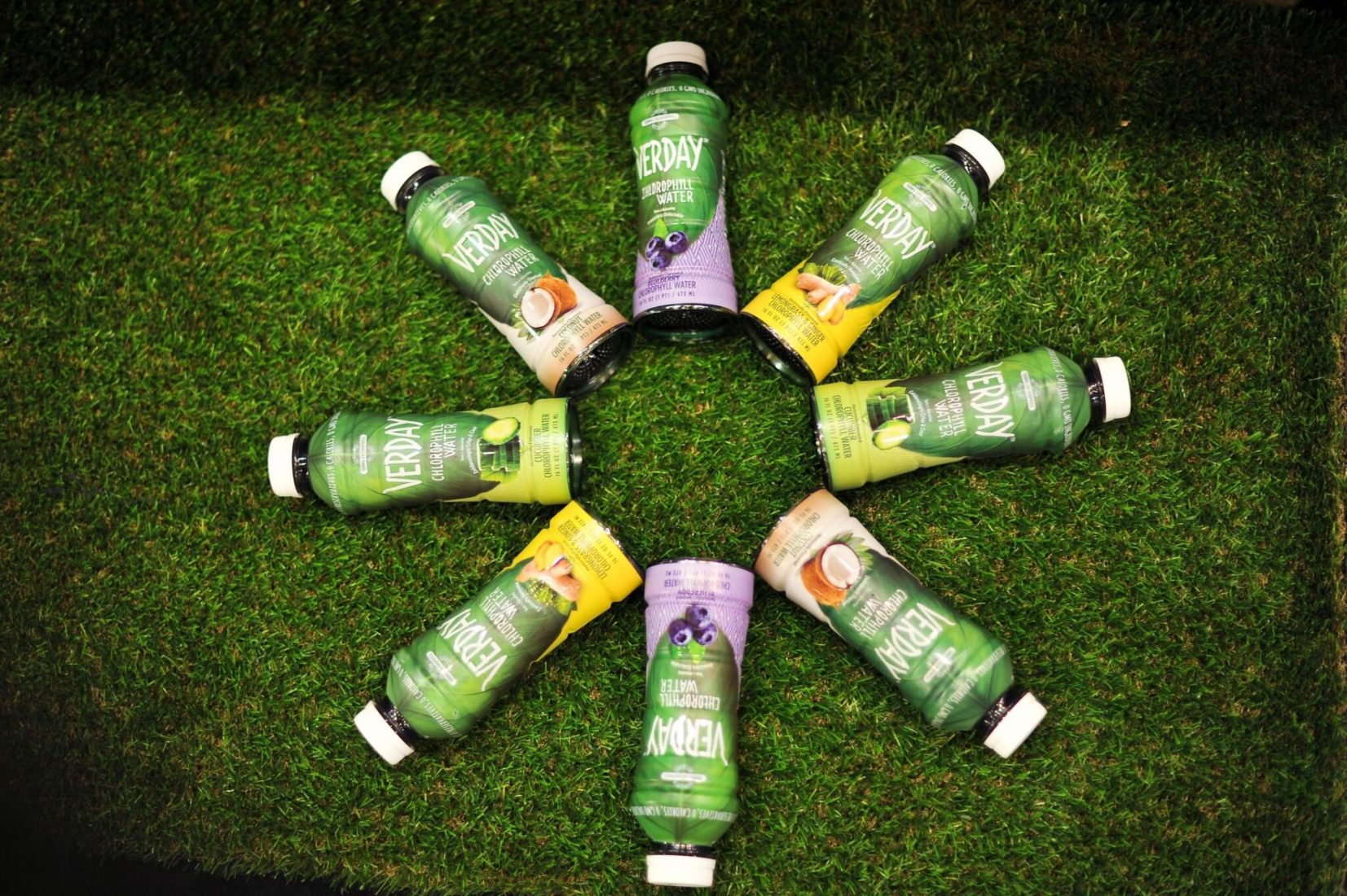 It’s summer and we all know during this time you want to feel your best, you want to look your best, and you want to be your best. Verday Chlorophyll Water is one way to achieve all of those in one sip.

Verday’s Chlorophyll Water is the only “0 calorie, 0 diet sweeteners, 0 preservatives, non-GMO, vegan and gluten-free water that not only quenches your thirst like water, but tastes great and provides the proven antioxidant and cleansing health benefits of green juice.”

This water takes on a whole new take on the green movement and healthy food/beverage choices. The top 5 health benefits of Chlorophyll include helps you lose weight and control cravings, anti-inflammatory benefits, promotes healthy youthful skin, super-potent antioxidant, and promotes oxygenation. Among its benefits, Verday’s Chlorophyll Water is tasteful and fulfilling.

Chlorophyll Water is so unique and a new take on a healthy diet through products, and you can’t help but wonder, how did these products derive and why you should participate in this movement. Downtown sat down with Verday’s founder, Randy Kohana to talk about Verday, his reasons for starting the company and what’s in store for Verday and its flavorful, healthy beverages.

What were the reasons behind starting this company?

Randy Kohana: I’ve been a long-time user of chlorophyll drops; however, like many others, I didn’t like the taste of the drops. That all changed after I went on vacation to Tulum, Mexico. While at the resort, I discovered a delicious, chlorophyll-infused water flavored with mint and lemon. It was their signature drink and not only was it tasty, but it completely changed how I thought about consuming chlorophyll. I wanted more of this beverage, and not just while on vacation, which is how the idea for our ready-to-drink chlorophyll beverage came to be.

Can you explain to me the process you went through to get to where you are today?

RK: Once I returned from Tulum, my first thought was that there had to be someone already producing a ready-to-drink chlorophyll beverage. However, after doing more research, I learned that this was relatively untapped territory. With the popularity of the “green movement” in the food and beverage industries across the country, chlorophyll water felt like a natural fit. What’s more, during this same time, a friend of mine and his team were leaving a beverage company. With all of the pieces falling into place, I was able to take the next steps and create Verday.

How has the company evolved since it started?

RK: We started with 13 months ago with three flavors – watermelon, lemongrass and ginger, and cucumber. With these, we began distribution in New York City and online, and quickly found success. Today we are at five flavors, with the addition of blueberry and coconut. Further, we just cemented a partnership with Whole Foods in its southern pacific region, which has helped extend our reach to over 1,100 stores in eight states. In addition to Whole Foods, you can now find Verday at Giant Eagle, Earth Fare, Erewhon and Gristedes, as well as at major fitness studios, on Amazon and on our own website.

How do you think the green movement is progressing?

RK: The green movement, particularly plant-based food and drinks, is taking the food and beverage industry by storm. The popularity of coconut water is just one example of how this trend is gaining traction. More so than ever before, people in the U.S. are moving towards plant-based diets. To put it in perspective, the plant-based water industry is expected to double in sales by 2020. 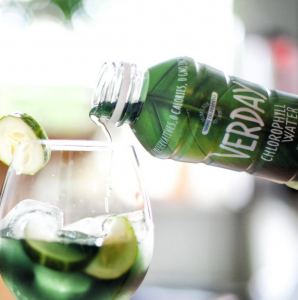 Who did you have in mind for being your target market when first creating Chlorophyll water and why?

RK: My first and somewhat obvious thought was targeting people with fit and healthy lifestyles. This meant people who had likely already heard of chlorophyll and were possibly already taking chlorophyll drops or supplements. As the Verday brand has evolved, so too has our target market. We have expanded our key demographic to now include everyone from foodies to fitness enthusiasts to anyone that’s looking for a refreshing beverage.

Why did you choose the flavors you offer? Do you plan on expanding your flavors any time soon?

RK: We chose these specific flavors because we wanted to make it as easy as possible for consumers to be introduced to Verday. As a new product, we wanted to start with flavors that the public was not only already familiar with, but also those that we knew would be a natural flavor fit with chlorophyll.

We saw that you’re planning on expanding to nationwide markets, other than that, what are your future plans for Verday?

RK: Eventually we hope to come out with a sparkling version of Verday as well as a sports drink and an energy drink that will incorporate all of the incredible benefits of chlorophyll.

Why is this a perfect drink for Downtown Magazine’s readers?

RK: Downtown Magazine embodies many of the same characteristics we see in our Verday customers – smart, stylish, informed, health conscious and, like all New Yorkers, constantly on the move.

Lastly, what is the one thing you want your consumers to take from your products?

RK: As a country, I believe we are becoming more and more conscious of preventative health, with a big part of that being healthy eating. By drinking Verday, we hope that consumers will reap all of the many health benefits of chlorophyll, including flushing the body of heavy metals, detoxing from environmental pollutants and increasing red blood cell production, among others.