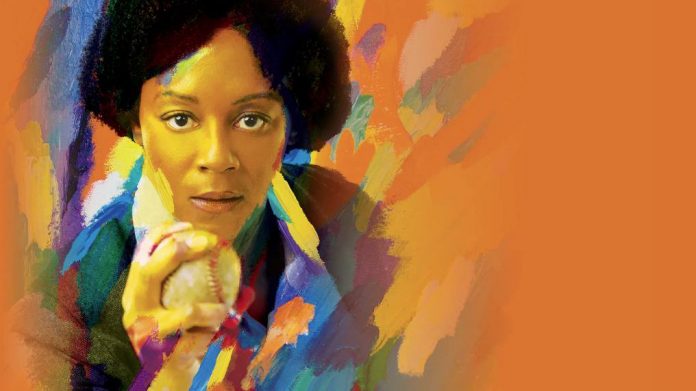 Roundabout Theatre Company and Samantha Barrie have outdone themselves with Toni Stone, a beautiful masterpiece for any theatre or baseball fan this Summer!

Directed by Tony-Award-winner Pam MacKinnon, Toni Stone began Off-Broadway preview performances on May 23rd and officially opened on June 20th, but it has been in the works since 2013. The play is based on the book Curveball, The Remarkable Story of Toni Stone by Martha Ackmann and tells the story of the first woman to go pro in the Negro Leagues.

West Virginia native Toni Stone never understood why she wasn’t allowed to play with the boys. She had the athletic ability, including a great arm, but the league only saw her gender and did not welcome her with open arms. The show follows the story of Stone going pro and preaches her lessons of staying in the game, playing hard, playing smart and playing your own game.

In the show, April Matthis is Toni Stone, and she was truly born to play the role. Matthis brought so much life to the historical figure and made the audience feel like they were getting to know the real Toni. Alongside her incredible cast fulfilling the roles of Stretch, Alberga, Spec, Woody and more, the Indianapolis Clowns had incredible humor and personality. Several members of the cast filled multiple rolls, which added quite a bit of humor.

Toni Stone’s world premiere is a part of the Roundabout Company’s New Play Initiative, which is a way for the company to develop and produce works by significant writers and artists. The Roundabout Underground program provides up-and-coming playwrights with plentiful artistic and financial resources to stage their debut productions in the City of Dreams.

Roundabout Theatre Company is a not-for-profit company that truly celebrates the power of theatre; they produce both familiar and less-known plays and musicals. Roundabout has made it one of their goals to discover and support talented playwrights and build an educational, easily accessible theatre experience.

To purchase tickets for Toni Stone at the Laura Pels Theatre in the Harold and Miriam Steinberg Center for Theatre, visit the Roundabout Theatre Company website or call 217-719-1300. Prices range from $79-$89.