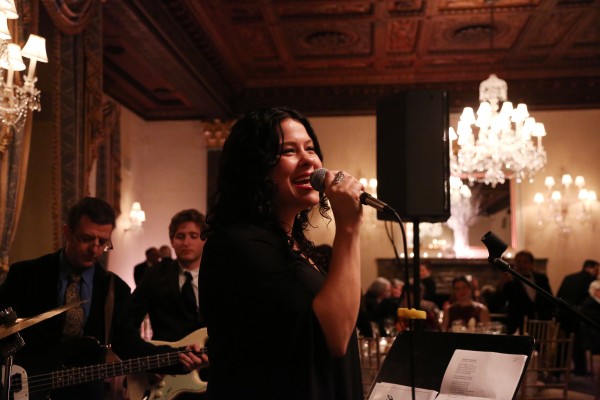 New York leaders and luminaries paid tribute to one of the city’s favorite sons on Saturday night at Midtown’s historic Harmonie Club.

“It was heartwarming to be a part of a gathering that combined some of this city and the world’s most influential leaders in various fields, with close friends and family who have all meant so much to me throughout my life,” says the honoree, Elie Hirschfeld.

The iconic developer, athlete and patron of the arts has a New York imprint of iconic properties that have included Riverside South, The Grand Sutton, Park Avenue Court, The Hotel Pennsylvania and The Exchange Tower.

“All of these people have had an important influence on this city, our people and most personally, myself,” says Hirschfeld.

The all-star guest list was entertained by celebrated international performer and one of Mr. Hirschfeld’s “favorite performers,” Neshama Carlebach.

“My husband and his family have given so much in the development of modern New York,” says Dr. Schlesinger. “It was extremely gratifying to be a part of an event where so many other people who have made contributions of similar magnitude were gathered on his behalf. It was magical.”

A Famous Acoustician Designs For Change in Harlem