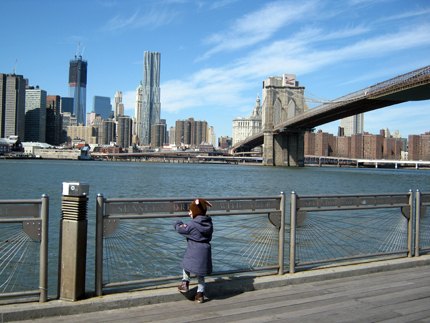 The New York City Department of Health and Mental Hygiene recently released a report titled, “Supplemental Population, Mortality and Pregnancy Outcome Data Tables” that reveals a nearly 10 percent increase in Downtown baby births between 2011 and 2012 in Lower Manhattan’s Community Board 1, which includes the neighborhoods of Tribeca, Battery Park, the Financial District, and South Street Seaport. The report shows 1,087 births in 2011 and 1,191 births in 2012 in Manhattan CB1.

These numbers “appear to settle the question of whether population growth among children in Lower Manhattan has peaked, or even begun to plateau. Neither of these seems to be happening. The curve is still trending upward,” Eric Greenleaf, Tribeca resident and member of State Assembly Speaker Sheldon Silver’s School Crowding Task Force, told The Broadsheet Daily.

The increase in births and the overall growth is a positive sign of the area’s desirability, but it also presents a challenge for school capacity and future school planning. Greenleaf told the Broadsheet, “Kids born in 2012 will be going to kindergarten in 2017. We’ve know for years that we’re facing a shortage of school seats, but this makes the deficit more drastic that before. And it may be even worse than it looks, because these numbers are for 2012.”

At a December meeting of Sheldon Silver’s School Overcrowding Task Force, community members and advocates, including Mr. Greenleaf, discussed the immediate need for more school seats. At that meeting, Silver told the Tribeca Trib, “We’re asking that when the DOE finalizes its plan for next year, it add at least 1,000 seats for here in Lower Manhattan, and site them for the Financial District and Battery Park City, where we have seen the most growth.”

The Peck Slip School, which is expected to open in the South Street Seaport neighborhood in 2015, will alleviate a small percentage of the need. The D.O.E. has projected another school in the next five years, but there is still not a site.