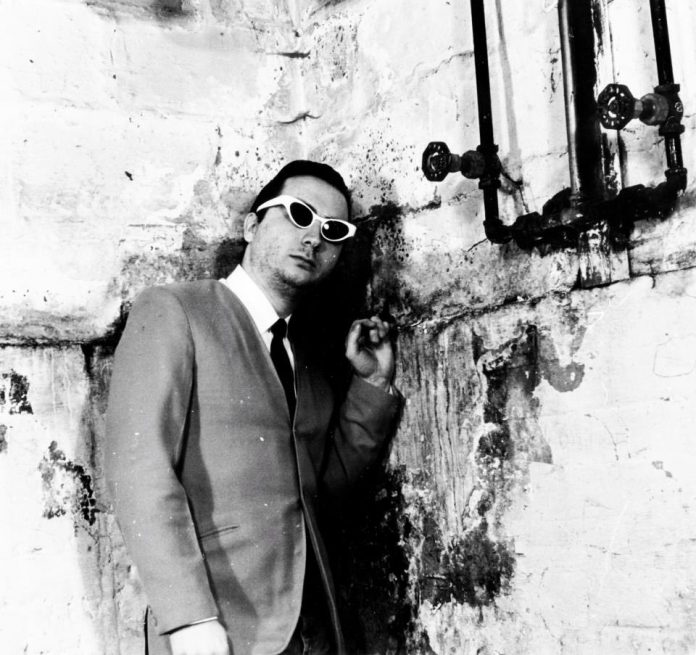 Here he is/All alone/Why don’t you call him on his new telephone?

Valentine’s Day is just around the corner, and while many people are making plans for a romantic rendezvous or at the very least, a bodega bouquet, cult favorite Gary Wilson is gifting humanity with a catchy bop: Gary Lives In The Twilight Zone, a true earworm about the solitary life. Gary Lives In The Twilight Zone is the first single from his upcoming album, Tormented, through Cleopatra Records.

Wilson, a native of Endicott, NY, was a musical prodigy as a child, mastering numerous instruments and writing his first song in the fourth grade. After cutting his live gig chops in the band Lord Fuzz as a teenager, Wilson discovered a taste for more avant-garde songwriting, specifically Captain Beefheart, and John Cage, who became a musical mentor for the youth after Wilson wrote him a fan letter.

Gary Wilson released his first album, You Think You Know Me? in 1977, after recording and editing the album in his parents’ basement. He released the album, pressing 300 copies in 1977, then an additional 300 in 1979. Cult favorites on the album include 6.4=Make Out, Groovy Girls Making Love on the Beach, and I Want to Lose Control.

Wilson has long been lurking on the fringes, but his bizarre lyrics, performance art, and intense stage presence have been wildly influential to those with a taste for the unusual. Beck’s Where It’s At paid homage to Wilson with a name check; the Roots invited him on The Tonight Show With Jimmy Fallon, and Simpsons creator Matt Groening is a fan.

Gary Wilson’s version of romantic songwriting is that of perpetual yearning and questioning, usually wrapped in synthesizer-soaked lounge and spoken poetry breakouts. He’s sonically in a sphere with The Residents, Captain Beefheart, and the late Peter Ivers, but Wilson’s creative, eccentric spins and musical genius give him his own stamp in the music world. No one else sounds (or looks) like Gary Wilson. His music is novel, not novelty. Although commercial success eluded his career, it’s given Wilson the freedom to create his own music and performance art on his own terms, which is refreshing.

The new video for Gary Lives In The Twilight Zone features Wilson in his signature white cat’s eye sunglasses, smeared lipstick, dishwashing gloves and flowered kimono, the effect rather like a Robert Smith Halloween costume by 4:00 AM (after a night of Jell-o shots). It opens with him lounging on the sofa watching The Twilight Zone, until he dozes off, launching a full-color dream sequence with claymation versions of himself…and a mysterious flower lady in striped stockings. It’s DIY and absolutely charming, something Wilson does best.

If you want to see Gary Wilson live, he has a few upcoming dates on the west coast:

Premiere: Motorcycle By Lucky Witch and The Righteous Ghost