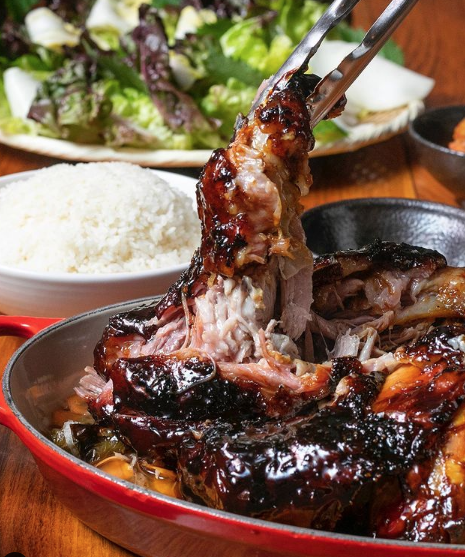 Seaport District in Lower Manhattan New York is the place to be this summer, restaurants like Momofuku Ssäm are open and ready to welcome you.

Ssäm Bar will replace the Seaport’s previous location of Momofuku outpost Bar Wayō, which closed down last May (RIP curry doughnuts), and will be led by Chef Eunjo Park, who headed up Momofuku’s instant-classic Korean restaurant Kāwi in Hudson Yards.

Momofuku Ssäm Bart has been hosting preview dinners in advance of its launch, and will officially open up to the public this Thursday, April 22.

From the looks of it, the menu will be a mix of classic Ssäm Bar fare (think grilled pork belly and crispy rice) and Korean dishes that made Park’s tenure at Kāwi such a hit, to the tune of haute cuisine kimbap (a Wagyu beef tartare option is currently on the menu).

If the pandemic had to mean a shakeup of the Momofuku franchise’s presence in the city, we’re more than happy to help usher in their new era Downtown.

How to Find an Apartment in a Brand-New City