When the Farmers Almanac released its long-range prediction for winter 2018 it was spot on. Let’s leave the cold winter days and long nights behind us as we are ready to break out the short sleeves, sandals and light sweaters because Midsummer Night Swing New York – is just around the corner. Get your summer schedule ready for the first of many city events to add to your google cal. The Big Apple has something for everyone from downtown to uptown and in between.

How about dusting off your dancing shoes and grab a partner or meet one there?

Wait, you don’t know how to dance? No problem, each evening arrive at 6:30 PM to take your favorite dance lesson.

Lincoln Center of course. Check out the 2018 season with three weeks of Midsummer Night Swing. This romantic fun event brings people from all walks of life together to experience an array of sounds and dance styles during midsummer New York from Tuesday, June 26 to Saturday, July 14, 2018. This iconic Midsummer Night Swing social dance party will feature 15 nights under the stars, with outdoor dance lessons and live performances paying tribute to the histories of Lindy hop, hustle swing, mambo, salsa, blues, and more, while welcoming newcomers and dance pros alike to experience the joy of social dance. 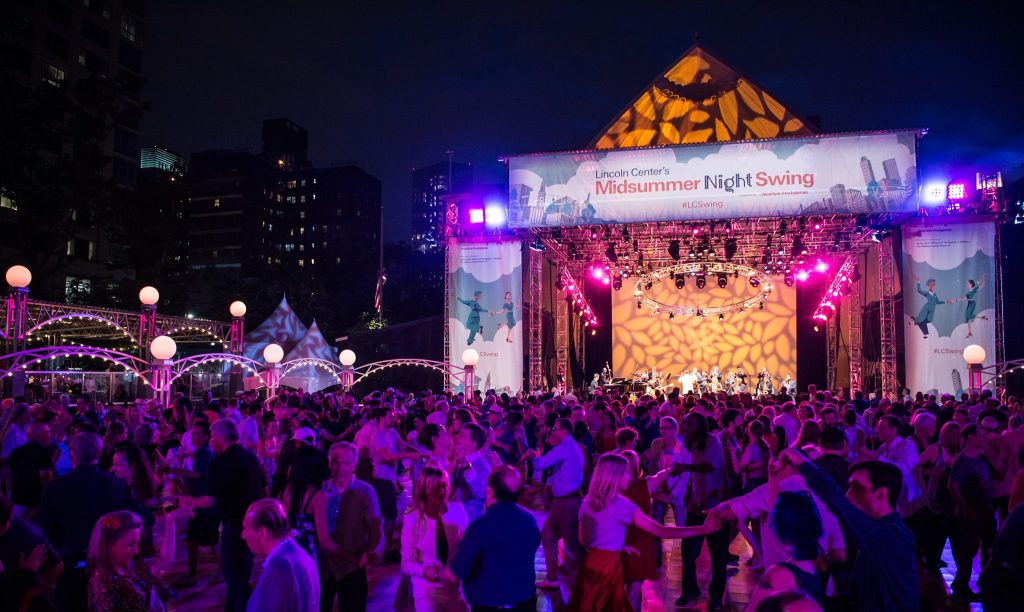 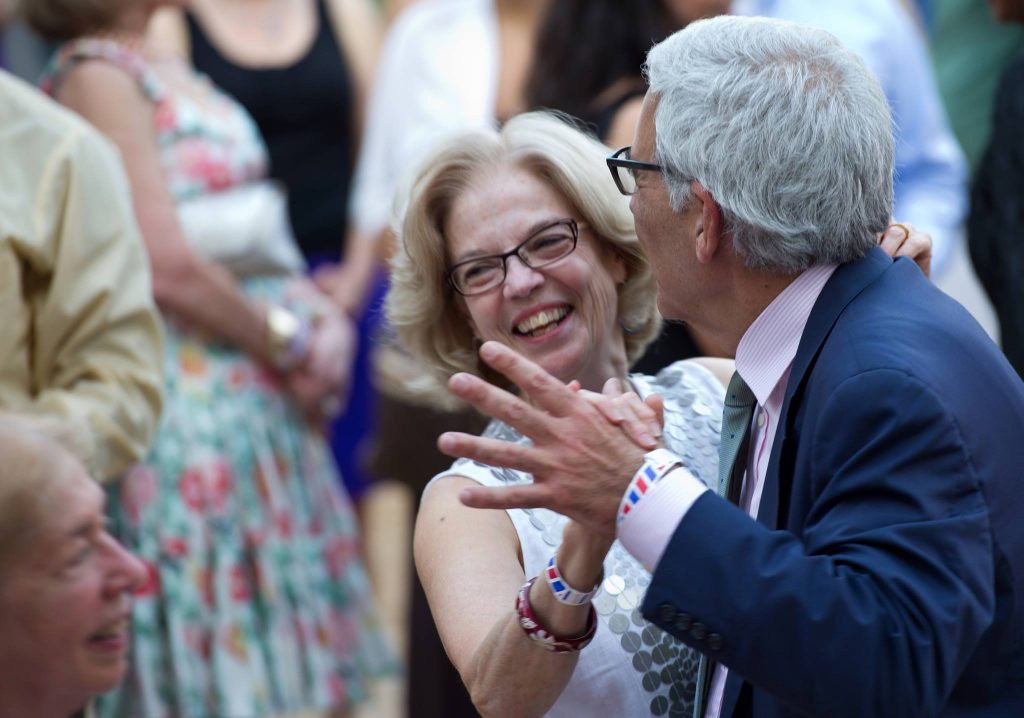 Blues dance fans can move to the Brianna Thomas Band, featuring one of the of the most versatile singers on the scene today. The Grammy Award-winning powerful soul band The James Hunter Six will usher in an evening of classic rock ’n’ roll and rhythm and blues, with WFUV’s Rita Houston spinning on the decks all night during Midsummer Night Swing New York. Paying homage to one of the great soloists of the swing era, the Harlem Renaissance Orchestra will return for the 14th annual tribute to Illinois Jacquet, as dancers imagine themselves in the golden age of Lindy hop by competing in the Ambassador Prize Dance Contest on July 14. Contestants can register online here.

Naomi & Her Handsome Devils debut at Midsummer Night Swing with Lindy hop champion Naomi Uyama leading a talented group of musicians in a classic swing sound. The Glenn Crytzer Orchestra big band will call on tunes by Benny Goodman, Artie Shaw, Glenn Miller, and more. Gerard Carelli and His Orchestra will delight with timeless ballroom sounds, perfect for the waltz, cha-cha, and foxtrot. The orchestra’s performance will also soundtrack this year’s Ballroom Fashion Contest on June 29, where dancers can show off their favorite vintage finds, inspired by the boardwalk aesthetic of Fred Astaire and Ginger Rogers. 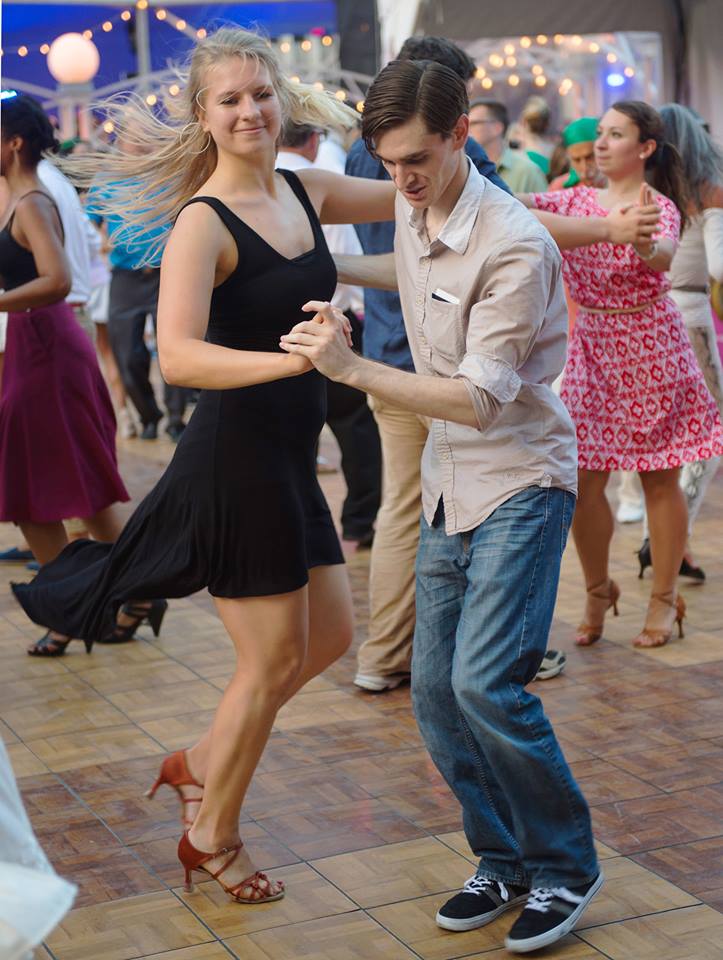 For the first time at Damrosch Park, the western Indian dance Garba will have the spotlight. This easy to learn, celebratory dance has a storied history, performed all over the world year-round and during the fall festival Navratri. Rounding out the second week is a special night of Texas Two Step with Heybale, former sidemen for country legends Johnny Cash, Willie Nelson, Buck Owens and now current residents at Austin’s legendary Continental Club.

Joe McGinty & The Loser’s Lounge bring back the infectious melodies of the ’70s disco era on June 28, paired with one of two nights of Silent Disco. Dancers can pick up a pair of headphones for silent tunes from 10:00 pm to 11:30 pm, on June 28 with DJs Bill Coleman, Rimarkable, and Rogue. On July 13, Monica Sharp, Phast Phreddie the Boogaloo Omnibus, and Rita Houston of WFUV will take over the decks.

How do I get tickets? Right here just click Tickets on sale today 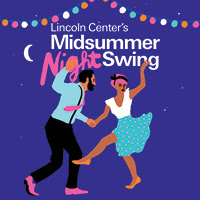