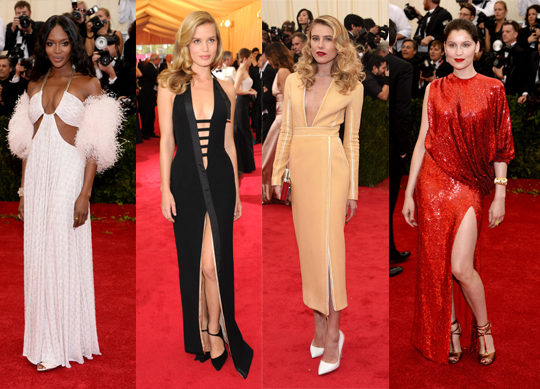 The stars were dazzling last night at the annual Metropolitan Museum Costume Institute Gala 2014 on the Upper East Side.

Celebrities ranging from First Lady Michelle Obama to Diane Von Furstenberg to Jessica Alba to Kim Kardashian walked the red carpet up into the lobby of the museum that was exquisitely decorated by an enormous mannequin covered with around 10,000 flowers that symbolized the beauty and elegance of the designs of the legendary couturier.

“The mind combines with the body to exploit its senses, its functions, its appearance,” James once said, and that philosophy was obvious in the beautiful gowns, poise and allure of the celebrities, luminaries and socialites that attended the event.

The event is widely regarded as one of the most exclusive social occasions in New York and one of the biggest fundraising nights of the city with a reported nine million dollars raised last year, alone.

Here are our picks for the top looks of the amazing evening.