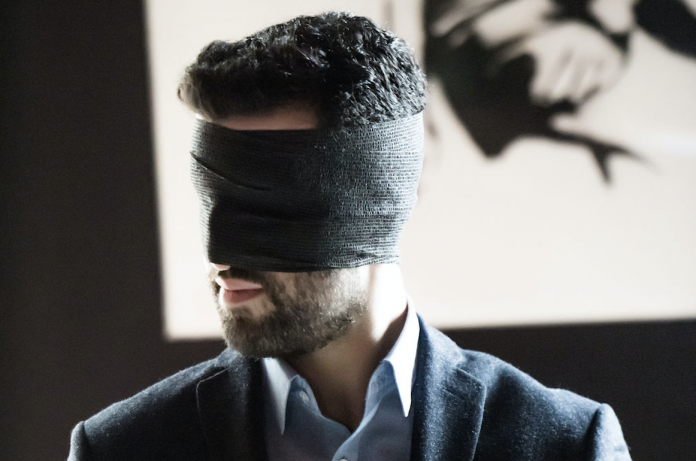 Downtown’s favorite mentalist Jason Suran has traveled the world performing his mind-reading and magic on stage, television, and even for corporate events. We spoke with him about how he got started, how he develops a new act, and his new Séance experience.

Downtown: Were you always interested in magic and tricks?

Jason Suran:  I wish I could say I’ve been doing magic since I was a child, but the truth is I really didn’t develop an interest in it until college. I was studying theatre nine hours a day, three days a week and filling the other two days with psychology and history classes, so magic became this sort of meditative hobby that I could practice at my own pace with no pressure attached to it. Then I started exploring mentalism, and it was just this perfect intersection of all the things I was interested in. In a way, I’m glad it took me until college to find it because it gave me time to develop other interests and passions first.

Downtown: Did you ever think you would end up sharing your skills in a corporate setting?

JS: It had crossed my mind, but I always knew it needed to be under the right circumstances. There were a lot of companies who wanted to hire me as a human lie detector, and I had no interest in that because you can never live up to that expectation off stage. To me, the wonderful thing about mentalism is how quickly it creates rapport between total strangers and makes the audience feel like you’ve known them their entire lives. That is what I wanted to bring to the corporate world, and I try to work with companies who are interested in that as well.

Downtown: How do you approach close up versus your stage show?

JS: Well for one thing, there’s a lot less room for error on stage. When you’re on stage, the audience is seeing everything, so every word and action has to be meticulously planned. Close up is more like jazz. You can improvise and take chances. I started out as a close up performer and when I first started doing stage shows, it took a while for me to learn I couldn’t just wander off and start reading minds in the aisles because nobody could see what the hell I was doing. I’ve gotten better at staying on the stage, but that’s still where my impulses go. I’m constantly thinking about how to make my stage work feel more personal. I think there’s just something special about standing a foot away from someone and showing them something completely impossible.

Downtown: What is the at home seance show you are developing?

JS: The show is called “The Other Side,” and it’s a modern spin on a victorian Séance. Each night, fourteen audience members are invited to a complimentary cocktail party, taken through the history of spiritualism and then ultimately participate in a Séance of their own. I’ve performed iterations of the show for nearly four years, but this is the first time it will be performed for an extended run. The “in home” element was really an idea of necessity. We wanted to take our time finding the show a permanent venue so while we searched, we decided to workshop it in private apartments throughout the city. It was a fascinating learning experience because, historically, that’s how many Séances were done. An aristocrat would hire a medium to come to his or her home and create this experience in their parlor for their friends and family. In a way, these mediums were perfecting the art of site specific theatre before it even existed.

Downtown: Where can people see you now?

JS: I’m excited to say that “The Other Side” will be playing at the Norwood Club now through August before moving to a new location in the fall! Tickets are available at facetheotherside.com.

Downtown: What is different about your new show?

JS: I think what makes “The Other Side” special is that it really does have something to offer regardless of whether or not you believe in ghosts. As a skeptic myself, I’m much more interested in how Séances brought people together and sparked the cultural imagination than with whether or not they were “real”. I think that mystery is half the fun.

Downtown: How do you develop your show/act?

JS: For me, it usually starts with a story. A lot of my act is built around personal or historical stories that I think are interesting and worth telling. Then it becomes a question of how can magic (or more often mentalism) improve the telling of this story? And if it can’t, I either scrap the idea or sometimes just tell the story on its own. There’s nothing worse than forcing magic onto art that doesn’t need it. I don’t think anyone would have enjoyed Hamlet more as a card trick.

Downtown: How do you keep it interesting for yourself from night to night?

JS: The great thing about a mind-reading show is it’s literally different every single night. There are a few moments where I may be trying to influence someone to make a certain choice, but by and large I have absolutely no idea what people are going to think of before the show begins so I’m getting to experience the show with them. That said, anytime the act starts to feel too comfortable I’ll always try and push myself to take a risk even if that means doing something I know might not have a 100 percent chance of working out.

JS: Oh Chicago without a doubt. Jon Stewart once accused deep dish of basically being tomato soup in a bread bowl, and I honestly didn’t realize he meant it as an insult.

JS: It sounds silly, but the Regal Cinema in Battery Park is probably one of my favorite places to go when I have a day off. I’m a film nerd at heart, and, in addition to being a great theatre, that whole neighborhood just feels so different from the rest of the island. It reminds me of Chicago. The streets are wide and when the movie is over you can grab a milkshake from Shake Shack and just walk along the waterfront, which I think is one of the nicest walks in New York’s City.