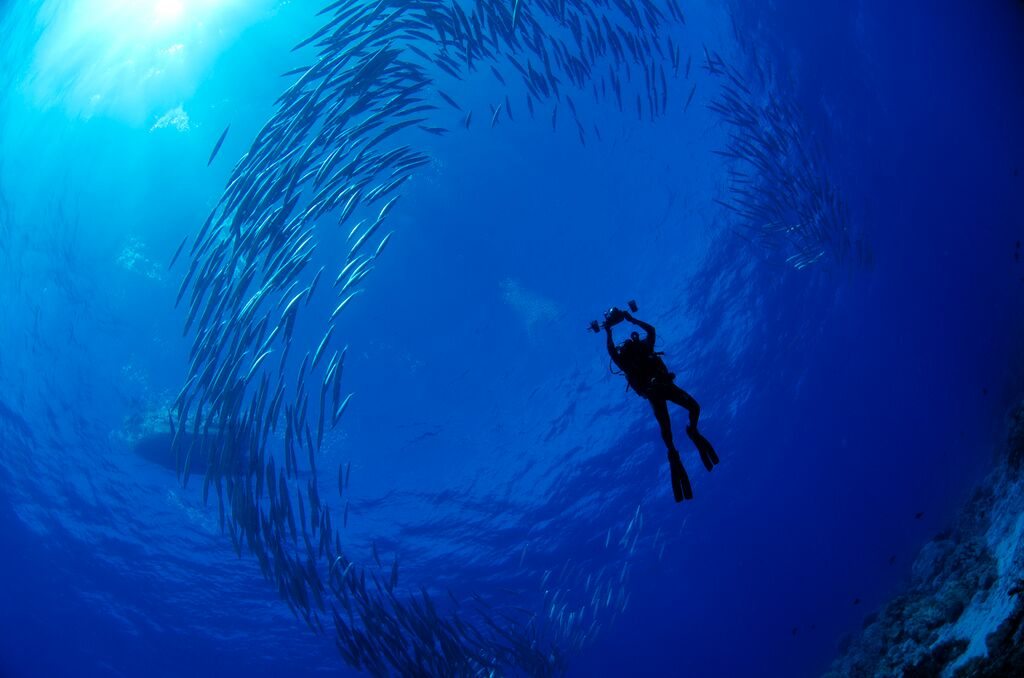 The NYU Skirball Center for the Performing Arts will be hosting the National Geographic Live 2015-2016 speaker series, beginning on October 20, featuring leading photographers, filmmakers, scientists and change-makers.  The four-part series kicks off with National Geographic Explorer-in-Residence and marine ecologist, Enric Sala, whose work through his Pristine Seas project, has made a real difference in protecting threatened marine environments.

The Pristine Seas project works to protect some of the last, untouched marine ecosystems throughout the world. The ocean — which makes up over 70 percent of the Earth — is vital to our survival on this planet. However, the life sustained in these environments is in peril due to a vast number of problems, and the numerous plant and animal activity within these environments is in danger of being completely changed or eradicated if nothing is done.

However, Enric Sala and his team inspire change and provide the knowledge and passion necessary to make a difference.

After being inspired by Jacques Cousteau documentaries, and throughout his childhood living on the northeastern coast of Spain, Sala became a marine biologist who was initially a professor at the University of California, San Diego.  He studied the human effects on the ocean, including fishing and climate change, and soon realized that more needed to be done to preserve and protect these environments.

“Climate change is making the ocean warmer and more acidic, so one day I realized that what I was doing was simply writing the obituary of ocean life, and I felt very frustrated,” Sala says. “I felt like the doctor who was telling the patient how to die in excruciating detail, but offering a cure. And I decided to work on the cure.”

Sala then quit academia and took a year off, and eventually came up with the Pristine Seas project as his way to cure the marine environment. Since starting the expedition, he and his team have been to 14 different places, with six of them already being protected.

“Pristine, by definition, means its original condition, unspoiled. But to me, a pristine place is a place where the top predators, the large animals on the food chain, are abandoned, and they are able to sustain the populations, so they are not in danger of declining,” Sala says. “So if you go to a tropical place and jump in the water, you are surrounded by sharks. If you go to an arctic place that’s pristine, you see polar bears.”

Some of his expeditions include Gabon in West Africa, off the coast of Chile, Costa Rica, the Pitcairn Islands, an overseas territory of the UK in the south Pacific, and the U.S. Pacific Remote Islands. However, Sala’s work does not only focus on the tropics; he is also leading expeditions into the Russian Arctic, northern Greenland and Canada. According to Sala and other projections, if the warming of the earth continues, by 2040 all sea ice will be gone during the summer, with the exception of a small piece of land north of Greenland and Canada.

“We went to the Russian Arctic two summers ago, following the footsteps of famous Norwegian explorers. And in the late 1800s, early 1900s…it was very difficult because these islands were under a blanket of ice throughout the year,” Sala says. “But when we were there, there was no ice to be seen…by 2040 in the summer, you’ll actually be able to go to the North Pole with a sailboat without needing an ice breaker. It’s terrifying.”

According to Sala, the one thing that must be done to save the Arctic is to reduce the emissions of greenhouse gases and carbon pollution into the atmosphere. However, by doing that, there needs to be a combination of political leadership to come up with a plan to reduce the emissions, and businesses coming up with new inventions and technologies that will help us become less dependent on fossil fuels, Sala says.

In the short term, Sala says that the creation of large marine parks will help buy time while decisions and actions are put into to place to slow the warming climate. These areas are protected from all human activities, including welling, fishing, mining and drilling, and in the long run, will be more resilient through climate change.

In addition to dealing with the warming climate and pollution, Sala says they have also faced challenges with fisheries. Shockingly, only 1 PERCENT of the ocean is fully protected from fishing, meaning that there really are no limitations on fishing.

“The irony is that you hear from the fishing industry, and they need help because their resources are dwindling,” Sala says.

As for future expeditions, Sala and his team will be taking on a new project called “The Last Ice Area,” where they will explore the areas north of Greenland that will have the last remaining sea ice during the summer. In addition, Sala will be going to the Galapagos Islands in December for an underwater expedition.

To see Sala’s presentation, tickets for the event are on sale now, with a subscription to the four-part series starting at $140. Single tickets for individual speakers are on sale ranging from $35-$70, and can be purchased online, or in person at the NYU Skirball Center Box Office Tuesday-Saturday, 12:00–6:00 p.m., or by phone at 212.998.4941.

The NYU Skirball Center for the Performing Arts is located at 566 LaGuardia Place at Washington Square, New York, New York 10012.

For a closer look at Enric Sala’s work and to get an idea of what he will be covering in his presentation on October 20, check out the video below: