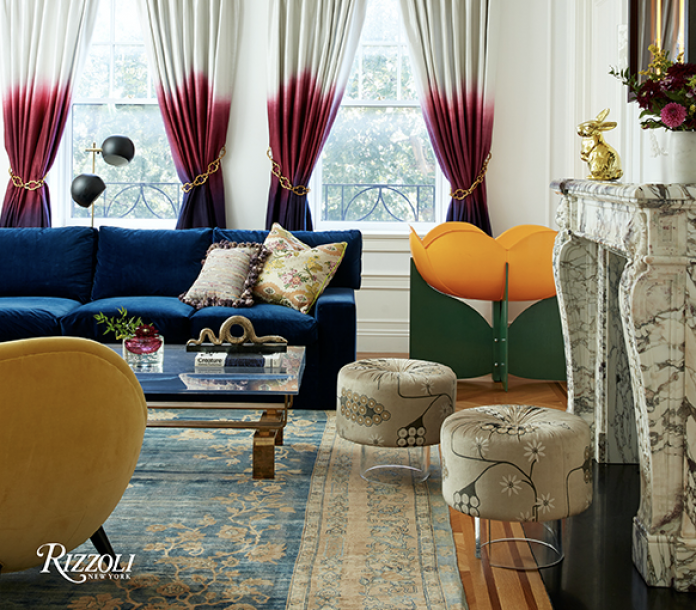 In Magical Rooms: Elements of Interior Design by Fawn Galli, the designer takes you on a visually enchanting journey through twelve of her most distinctive interiors and the years that shaped her wonderfully offbeat, perfect sense of style.

Between Galli’s early life living in California’s verdant, otherworldly Redwood Forest—sans electricity or plumbing—to a stint in Paris during college where she immersed herself in the City of Love’s exalted flea markets, museums, and the bohemian culture of the time, it was only natural the designer settled in the West Village upon her return to the States. With its confluence of unconventional thinkers, avant-garde artists, and foreigners, the neighborhood played to her gypsy-like nature and love of the exotic. From Paris, Galli developed a deep love of provenance, which led her to a job in the decorative arts department of Christie’s, followed by work as an interior designer in firms such as Robert A. M. Stern and Peter Marino – at least by day. At night she danced; the glamorous days of disco still retained their sparkle. All of these layers, a complete conglomeration of widely diverse experiences over the years, have left Galli with the ability to create spellbinding, magical rooms under her eponymous firm.