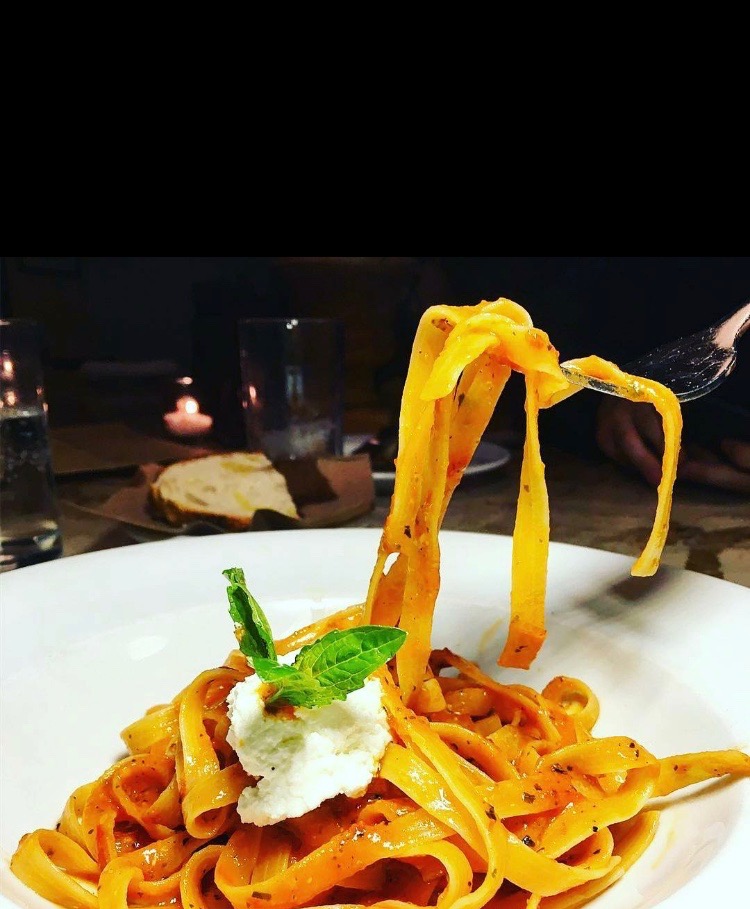 A few weeks ago, Downtown had the privilege of having lunch at Ristorante Rafele with some well-known names on the Italian food scene of New York City. With Chef Rafele Ronca in attendance, moving from kitchen to dining room, he served classic Naples style Italian fare. 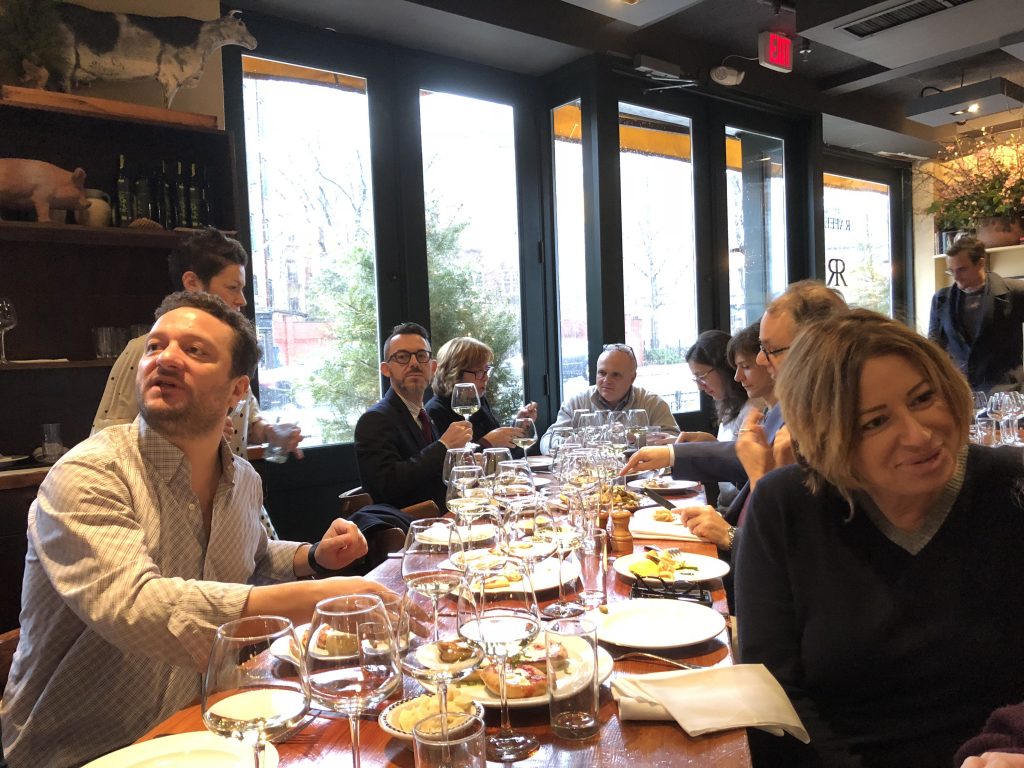 That afternoon, Rafele hosted Gerado Antelmo of Italy’s leading food and wine reference website, Gambero Rosso. The website employs a rating system for restaurants and pizzerias and acts as a guide for establishments in Italy and America. Antelmo comes to the United State for 100 days out of the year and attends more than 200 events to add to the American edition of the guide. The most important reviews get published in the free online guide. 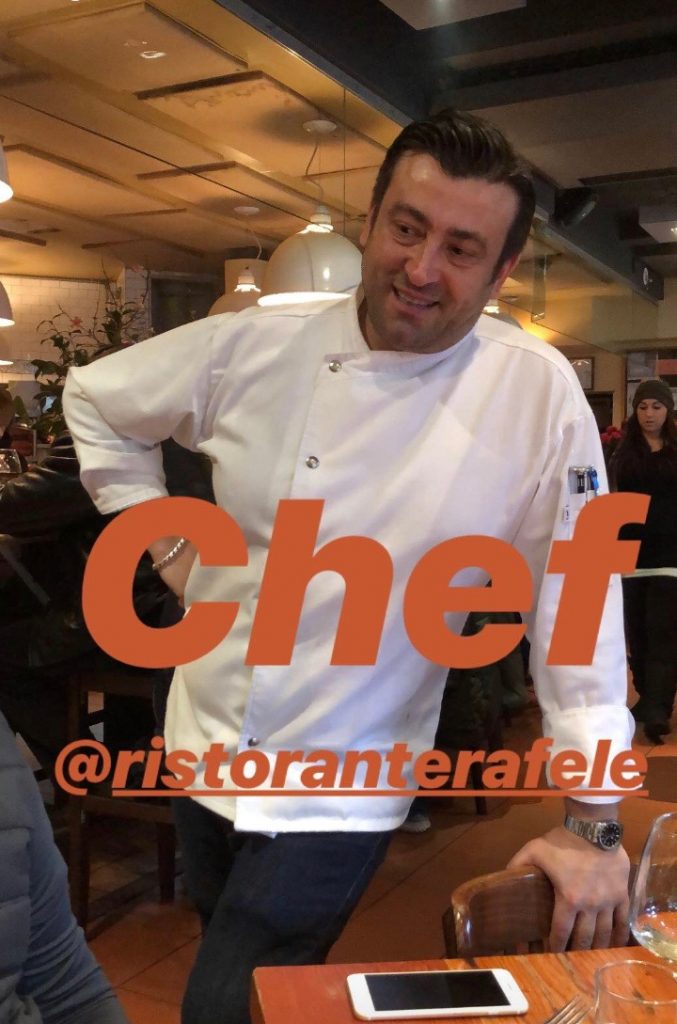 The lunch also included the chefs responsible for the newly founded Federation of Italian Chefs in New York. The organization sets to create a group that is dedicated to fresh ingredients and dishes that are authentic to their culture. They are aiming to preserve the Italian culture of cooking in their restaurants. The Chefs are from several New York Italian restaurants Chef Raffaele Ronca of Ristorante Rafele West Village, Chef Enzo Pezone of Pepolino in Tribeca, Marino Rosato,  Alessandro Pendinelli Al Vicoletto and other NY Centric Chefs. 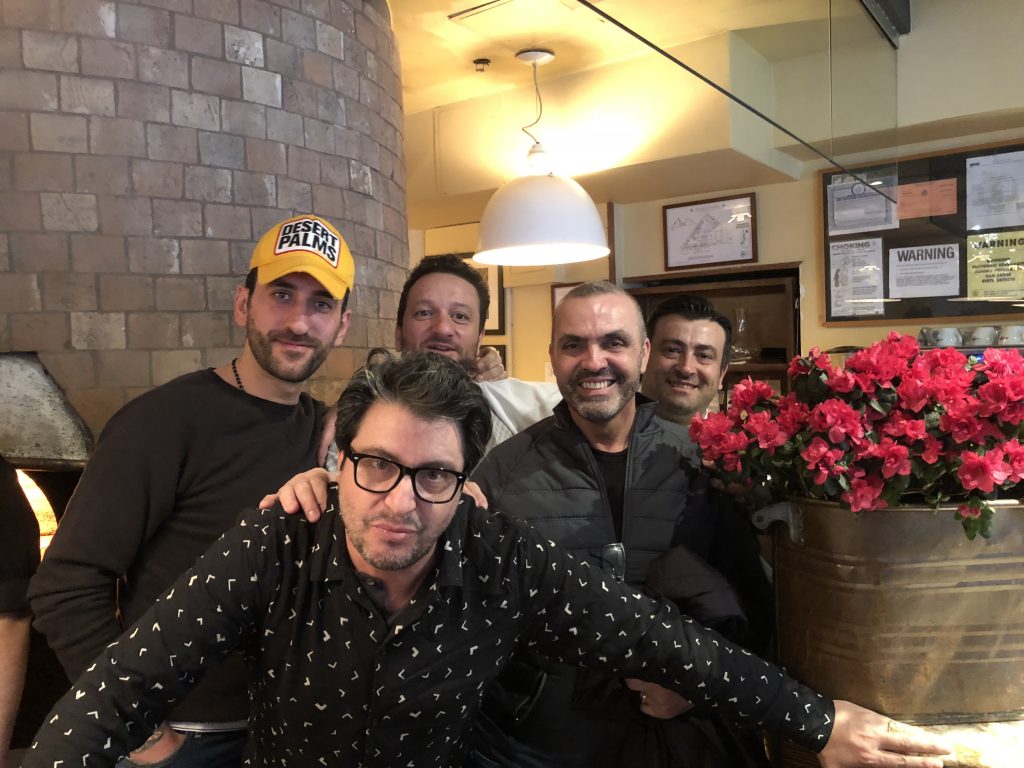 Born and raised in Naples, Italy, Raffaele Ronca comes from a family of butchers and fishermen and has had a passion for food all his life. With his family also in the restaurant business, food and cooking was
not only an integral part of his Italian culture, it is in his blood.

Working in his Uncle’s restaurant in Naples and helping his Mother make fresh pasta daily, Raffaele developed a lifelong passion for food. Immigrating to America at the age of 21, he worked steadily at some of New York’s most authentic Italian restaurants including as Executive Chef at Palma, Chef du Cuisine at Bellavitae, and Manager of Food and Wine at Café Torino.

A few years ago, Raffaele and Romeo Palmisano, an old friend from Naples, began discussing opening their own restaurant that would feature their beloved Naples’ cuisine. Working together, perfecting
each detail which includes also the weekly flower arrangements – they created Ristorante Rafele.

* Chef Raffaele Ronca has appeared and won one of the most distinguished culinary competitions, “CHOPPED” featured on The Food Network.