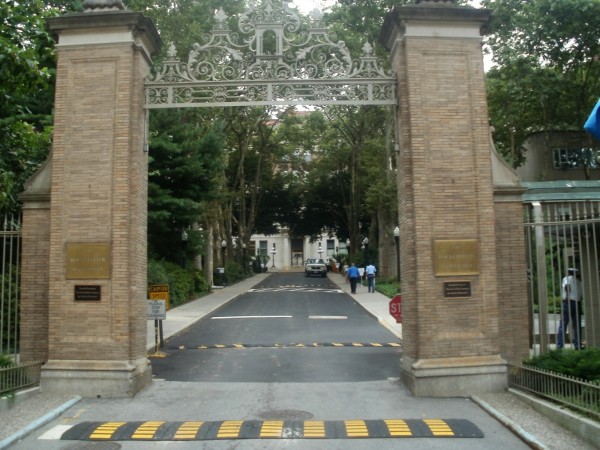 Legendary former Secretary of State Henry Kissinger was among the luminous list of dignitaries attending The Rockefeller University Women & Science Symposium on the Upper East Side last week.

“The Women & Science Syposium is critical because women have been under represented in science everywhere,” says Sarah Schlesinger, M.D. , Associate Professor of Clinical Investigation at Rockefeller University.

Hundreds of women attend the Symposium each year to interact with eminent women scientists at this esteemed showcase of some of the finest minds from around the world.

The University established the Symposium in 1998 to highlight the crucial role of basic research in addressing scientific challenges related to women’s health; to showcase the contribution of women scientists; create a program of support for them, and to encourage more women to embrace scientific research as a focus of their philanthropy.

“The program has become a blueprint for other institutions nationwide and even globally,” says Robin Chemers Neustein, a trustee of the University.

“It’s an event that really brings women together – women working with women to do great things for all mankind,” says Lulu Wang, another Rockefeller trustee.

American businesswoman and philanthropist Marie-Josée Kravis, who serves on the advisory board of the Federal Reserve Bank of New York announced a $100 million gift to the University.

“An event such as this puts a spotlight on the many accomplishments of women in science and specifically those at this fine institution,” said Hirschfeld.