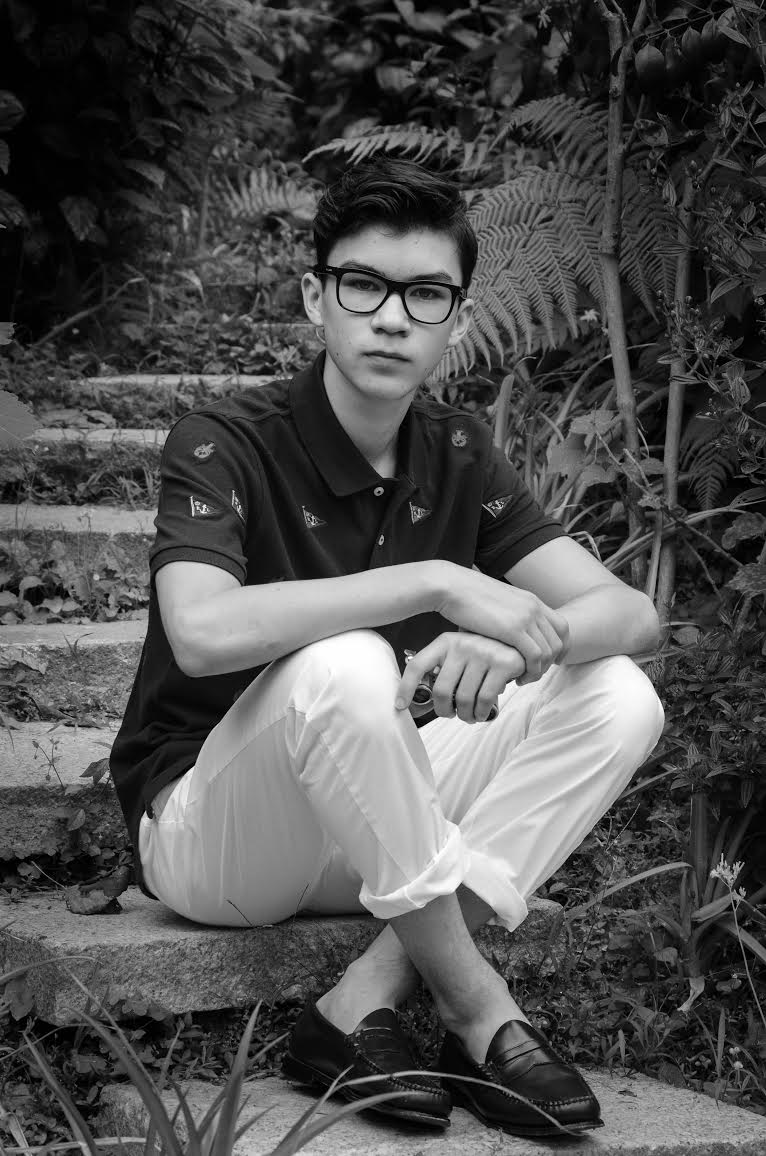 “If there is one director to watch at Am Docs 2014, it just may be this young man with an extremely bright future. Lukas Dong, a 17-year-old junior at an East Coast high school, is the youngest person to ever have a film selected to screen at our annual Festival.”

Passion is an interesting thing.  We never know when or where we will find it. For Lukas Dong, a quiet and unassuming 4th grader who was living in Hong Kong, filming his friends skateboarding was his start.

Working with a point-and-shoot, camera he was fascinated by the mechanisms and details of filmmaking and began creating comedy sketches and music videos. Over the years, he bought himself a proper video camera taught himself the art of editing.  By age 11, he began making his own films, learning and growing through trial and error.

By attending workshops such as the Future Filmmaker Workshop in California, Lukas began to hone his craft and met people who brought his work to another level.

After his family relocated to New York City in 2011, 14-year-old Lukas began testing new mediums.  Unassumingly, he found his voice in short films developing his sense of style.  Ranging from quietand charming, to moody and emotional, his films provide curious perspectives and unique nuances that captivate his audience.

While traveling to his mother’s native Sweden in the summer of 2013, Lukas created the documentary, Rökt Lax (Smoked Salmon), which tells a story of salmon farmer Jan Hartman in a remote Swedish archipelago.  The film won the award for “Best American Short Documentary” at the 2014 American Documentary Film Festival, making him the youngest filmmaker to have been selected.

In a few short years, his accolades include “Best Cinematography,” 2013 from the All-American High School Film Festival in New York, as well as Hollywood’s Harvard Westlake Film Festival (Hollywood). He took the “Honorable Mention” title at the 2014 Washington, D.C., Independent Film Festival and has been selected to participate in the 2014 National Film Festival for Talented Youth in Seattle, WA.

Lukas’ keen eye has led him to remote and cosmopolitan locations.  Recently, a school faculty member working on various educational projects in Kisumu and Iten, Kenya, invited Lukas to film their progress.  Always curious and ready, Lukas met Dutch world-class marathoner Hugo Vandenbroek and was drawn by his story of living and training in Kenya.

No matter what the location, this young filmmaker continues to seek out new stories to tell…and in award-winning fashion! Former Battery Park City resident, Ona Chan Hamilton is an internationally renowned artist and designer and fashion influencer. She writes about lifestyle, fashion and culture from her new home in Hong Kong.