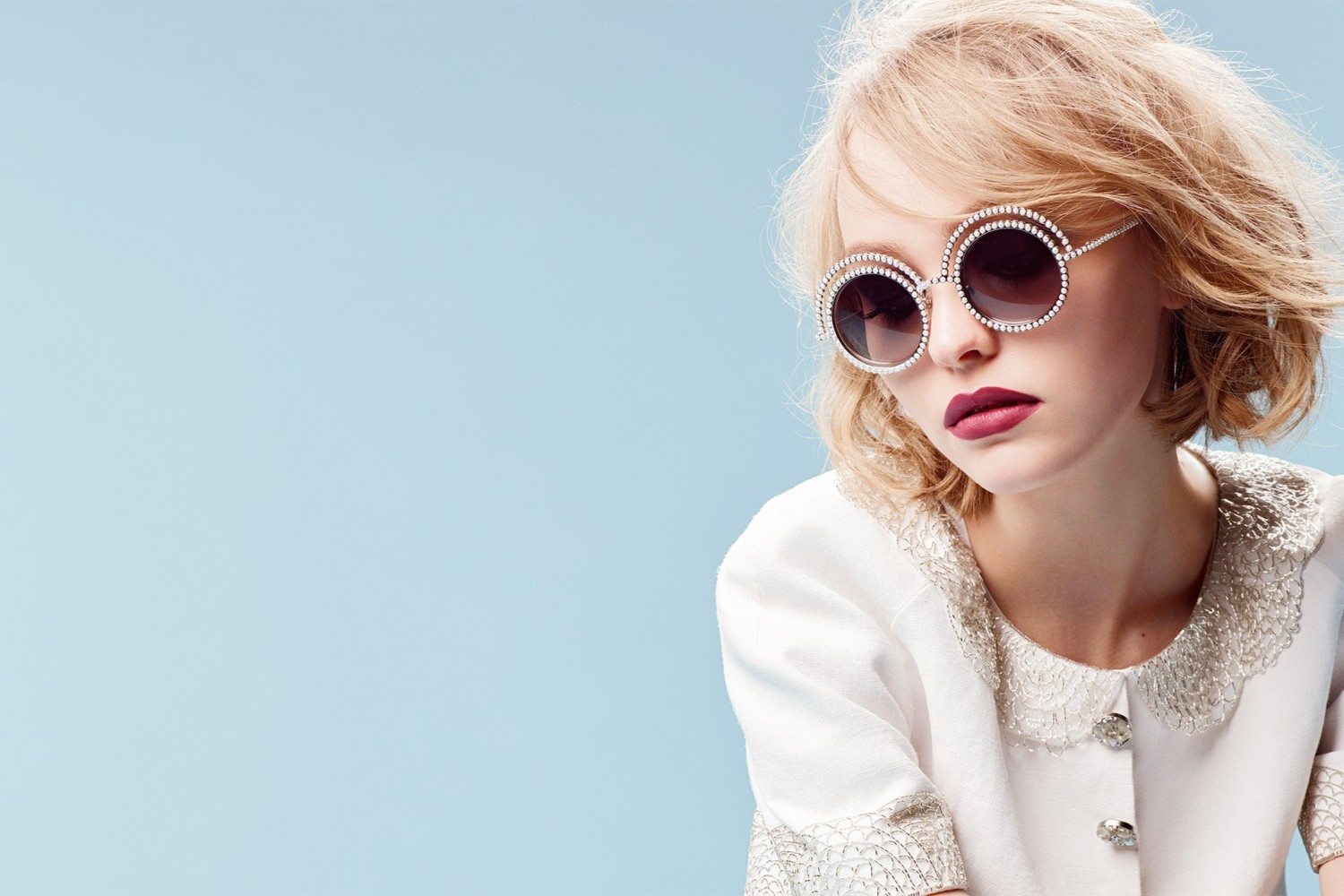 The daughter of actor Johnny Depp and model Vanessa Paradis is following in her parents star studded footsteps. Lily-Rose Depp was chosen and photographed by Karl Lagerfeld, himself, for the new Chanel Eyewear Campaign at the young age of 16.

The French-American teen had previously posed for a photo-shoot in the Australian magazine Oyster, and appeared in the films Tusk and Yoga Hoser. She has been in the spotlight since birth, but the Chanel campaign is definitely a sure to give her even more exposure. And as a model, did you know she is only 5’3″?

It was to no one’s surprise when Depp followed in her mothers footsteps and became the new face of Chanel, as Vanessa Paradis has been a longtime Chanel muse, and a face for the brand since 1990. Lily-Rose Depp had joined her mother, Kristen Stewart, and Kendall Jenner at Chanel’s Haute Couture show this summer, and has been seen all over Chanel’s Instagram.

Karl Lagerfeld stated during the Press Preview that, “Lily-Rose is stunning, she’s a young girl from a new generation with all the qualities of a star.”

Lil-Rose Depp has been talked about since she was a baby, and with her infamous parents and exceptional good looks, she is a rising star. What will she do next? We look forward to finding out!