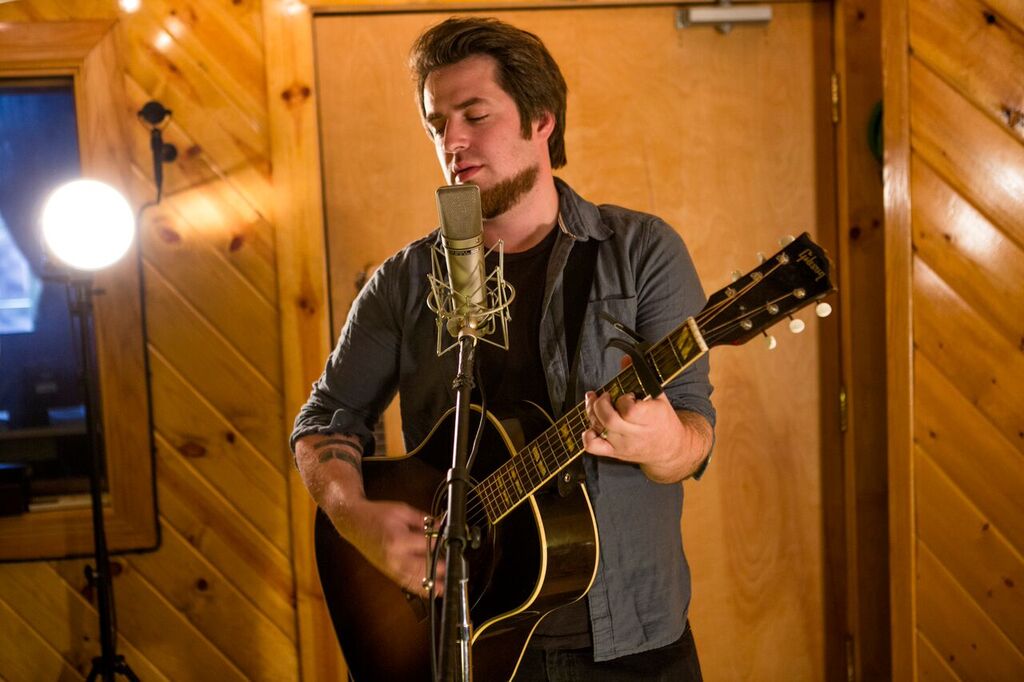 Lee DeWyze became a household name in 2010 as the winner of the ninth season of American Idol. After releasing music via 19 Entertainment’s major label imprint — as all Idol winners were expected to do — Lee moved over to Vanguard Records for 2013’s Frames. The following year, a new composition of Lee’s called “Blackbird Song” was prominently featured in an episode of The Walking Dead, leading to some Billboard chart action.

Fast forwarding to 2016, Shanachie Entertainment is putting out Lee’s forthcoming album, Oil & Water, on Feb. 12. While Oil & Water is getting a traditional label release, it was uniquely tied in with PledgeMusic. Fans of Lee received in-progress recording updates through PledgeMusic, in addition to the opportunity to purchase one-of-a-kind rewards like hand-written lyric sheets, private concerts, studio writing sessions, and actual equipment used during the making of Oil & Water.

In support of Oil & Water, I had the opportunity to do some Q&A with Illinois native. On the same day that his sixth album hits stores, Lee will be performing at The Cutting Room. For more info on Lee DeWyze and his various Feb. 12 happenings, click on over to www.leedewyzeofficial.com. How did the opportunity to work with PledgeMusic come about?

Lee DeWyze: I was looking for a new way to connect with my fans on this record, and Pledge seemed perfect!

Your campaign gives fans the opportunity to play in their house. Prior to this, have you ever played a house concert before?

L: I have. It’s always a fun experience to step out of the venue, or the stage and get into an intimate setting like that – and there’s no better way to connect with fans one-on-one.

Houses aside, what’s the strangest gig you’ve ever played? A bar mitzvah? A parade?

L: Well, I was hired for a private pool party for an older actor and well…let’s just say things got weird.

Is there anything you miss about the major label world?

L: I would say that all labels are a different experience. Whichever label one goes to, belief in the music should be the number one factor, in my opinion. Now being in the indie world, do you have any goals for Oil & Water? Does anything need to happen with the album for you to feel it was successful?

L: I mean, the goal never changes for me. I want the most people possible to hear this record. I feel I’ve made a really great record, maybe my best to date. And I’d love to just share it with the world.

How did the opportunity to contribute music to The Walking Dead come about?

L: I’ve always loved the show. So I imagined myself as a songwriter in that situation. What song would I write? “Blackbird Song” was it. So we sent it over and they loved it. Next thing you know, I’m hearing it on TV. Very cool experience, I’ve had songs in shows and movies, but this one was special.

Do you have a favorite Walking Dead character?

L: Daryl Dixon for sure!

For someone thinking of coming to see you at The Cutting Room, what should they expect?

L: I will be playing my new record, plus some tracks off other records. I always play each show a little differently. I’m looking forward to coming!

L: Hanging with my wife and dog is always my favorite place. I love playing video games actually, and board games.