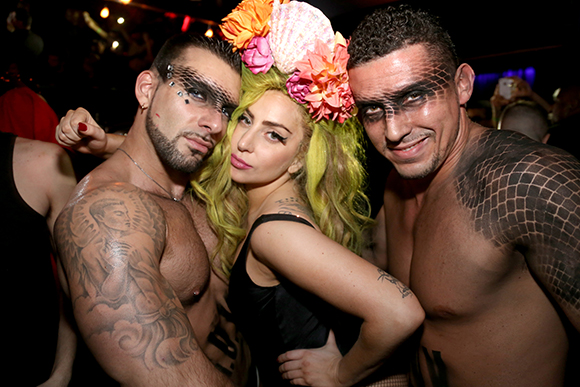 The historic Roseland Ballroom closed it’s doors last Friday, but not before New York native Lady Gaga headlined the final shows over the past two weeks.

The “10-day Funeral,” as Gaga refers to it, kicked off the final leg of her limited residency at The Roseland Ballroom, and  hosting an after-party at nearby 42West in the OUT NYC Hotel. DOWNTOWN’s CEO and Publisher Grace Capobianco and PR luminary R. Couri Hay were on hand among a wide array of star-studded guests. Guests were greeted by music provided by Gaga’s producer, DJ White Shadow and Steven Redant of Bent Collective, until Gaga jumped on stage while her chart-topping single “Do What U Want,” featuring R Kelly blasted from the sound system.

Looking energetic and hands locked with her boyfriend Taylor Kinney, Gaga arrived at 42West after a spectacular Ballroom performance in a black leotard, fishnet stockings, and her signature high heels. Soon after, she was swiftly escorted by security to a private viewing of the Lady Gaga Gallery at The Out NYC. The gallery features all of the costumes and props used in her G.U.Y music video and will be open to the public till April 10th .