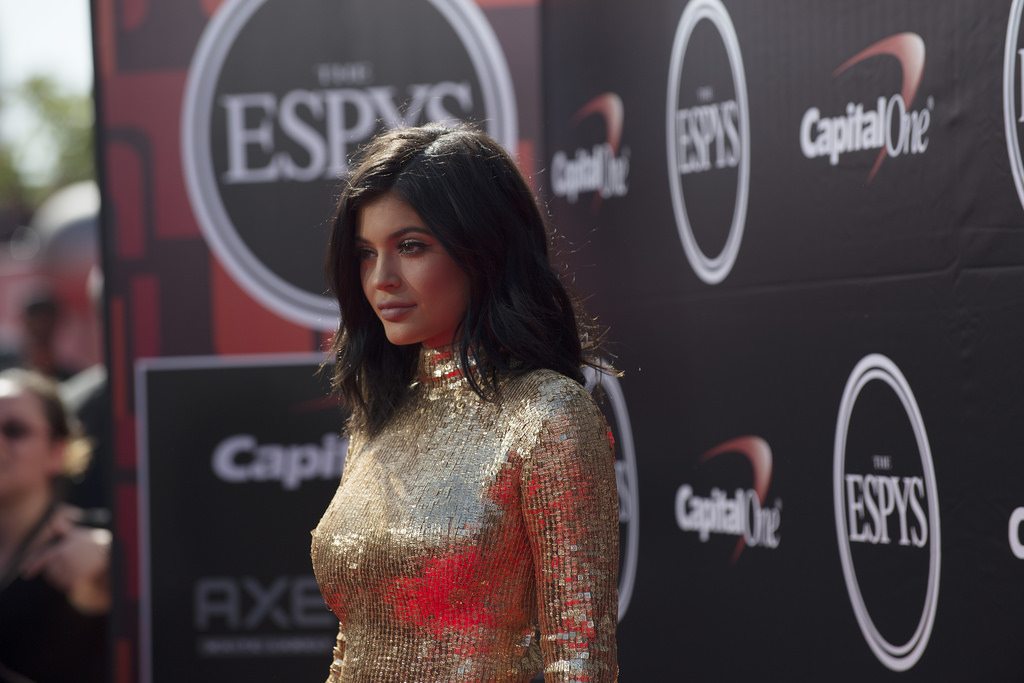 Kylie Jenner, who is currently in New York and attended both Glamour’s Women of the Year awards ceremony to watch Caitlyn Jenner accept the award and the Victoria’s Secret Fashion show where her sister Kendall walked runway, contacted Bang Bang to get a script tattoo on her hip with boyfriend Tyga in tow.

Bang Bang has tattooed many a celebrity, with Rihanna’s “shhh…” tattoo as a major factor in attracting celebrity clients like Katy Perry, Justin Beiber, Rita Ora and Miley Cyrus. His tattoo shop, whose name, like his own nickname, comes from his trademark gun tattoo on his neck, opened in 2014 on Broome Street and has quickly grown in popularity.

Kylie also got to preview Bang Bang’s new book and turns the tables by tattooing him. The artist has what he calls an “autograph leg,” and lets celebrities ink him after he inks them. He currently has an umbrella from Rihanna, a cartoon mouse from Beiber, a peppermint from Perry alongside others. Kylie went to work adding a red crown with the letter K right underneath it to Bang Bang’s collection.

For more information about Bang Bang and his shop, click here.