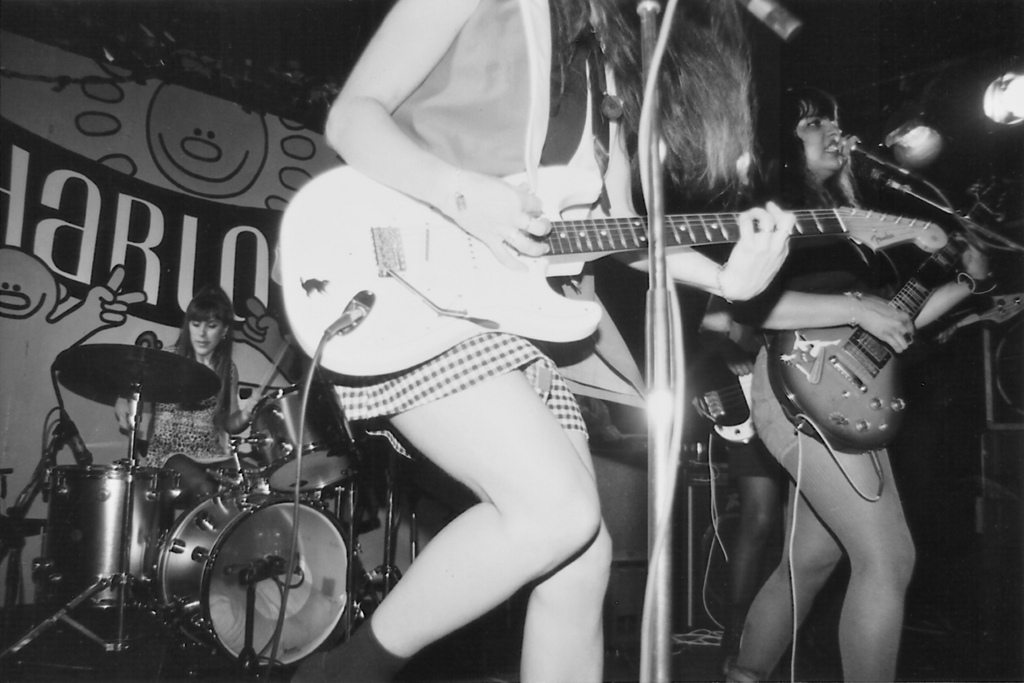 Kelly, by the artist, Wynne Greenwood, opens at the New Museum on Wednesday, September 16th. The show is a continuation of Greenwood’s ‘Tracy + The Plastics’ which existed from 1999-2006.

Tracy + The Plastics is a semi-fictional girl band in which Greenwood plays all three members: lead singer ‘Tracy’ (who she performed as live) as well as ‘Nikki’ and ‘Cola’ (who played on recorded video behind Tracy in performances). Kelly is a new, as-yet-unknown character, who will be featured in Greenwood’s new exhibition and six-month residency at the New Museum from September 16  to January 10.

The exhibition will include the completed and re-performed archive of Tracy + The Plastics performances, as well as work from More Heads, an ongoing project composed of sculpture and video. More Heads shows deconstructed representations of characters. The two combined  show both extension and minimization of identity, leading to clarification.

Temporary Arrangements, part of the residency, features artists creating one-night-only bands that will perform live. Greenwood’s residency will feature other performances, readings, and panels as well, including panels on interaction with different kinds of scripts by following or disrupting them, the history of feminist video production and queer archives.

Greenwood’s work, particularly Tracy + the Plastics, has connections to the Riot Grrl tradition, the movement combining feminism with music and other media that occurred primarily in the 1990s and early 2000s. Two of her videos, Hot Topic and On The Verge, were shown at the band, Le Tigre’s, live performances in 2004; Le Tigre grew from the Riot Grrl movement, and their lead singer, Kathleen Hanna, was also in the foundational Riot Grrl band, Bikini Kill.

Kelly explores identity and communication, particularly from a feminist and queer perspective. Greenwood intends her work to reveal new possibilities in the spaces and pauses in communication through lack of expectation in collaboration.