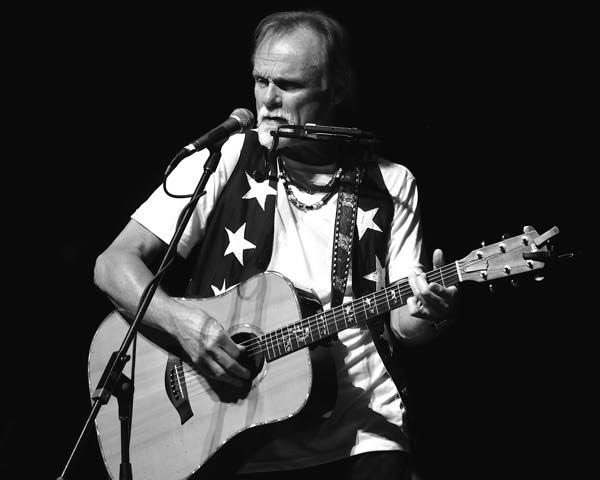 Jonathan Edwards first experienced success with the single “Sunshine,” which was RIAA Gold-certified by early 1972. Nearly 45 years later, not only is “Sunshine” still being heard all over the place (e.g. a recent Jeep commercial, HBO’s The Newsroom, Anchorman: The Legend Of Ron Burgundy), but “Shanty” remains a Friday mainstay on classic rock radio. Having two classic radio hits alone would be plenty for many artists, but in the case of Jonathan Edwards, it’s only a bit of the overall story.

While Jonathan has put out well over a dozen albums since his self-titled 1971 debut – most of which with major labels up through the late 1980s – he also found success in the acting world. He held down the lead role in a touring Broadway production of Pumpboys and Dinettes. He appeared in The Golden Boys alongside Rip Torn, Bruce Dern and David Carradine. This also led to work composing for movies.

2015’s Tomorrow’s Child continues the traditional of folky, melodic, country-tinged rock that Jonathan Edwards is known for. Jonathan comes to town in support of the album alongside Marshall Crenshaw – also recently profiled by yours truly for Downtown – and Garland Jeffreys. The three singer/songwriters will be performing alongside one another on-stage at City Winery on September 13th. Jonathan took the time to answer questions about the gig, the latest album, and plenty more.

For someone who still hasn’t seen you live yet, what should they be expecting from your show at City Winery in September?

Jonathan Edwards: Well, I do a nice mix of songs that people know me for from 18 different albums. Songs like “Sunshine” and “Shanty” are often on the setlist along with tunes that people want to hear from the other 17 albums.

On the opposite end of the spectrum, for someone who’s been following your career for decades, how would you describe your latest full-length, Tomorrow’s Child?

J: This album came together so organically and naturally as soon as Darrell Scott and I met and started talking music and musicians. A couple old songs, a few new ones of mine, and some that feature my old friends, Shawn Colvin, John Cowan, Jerry Douglas, Vince Gill and Alison Krauss. The music coalesced around the idea of family and the dynamics that come to bear on modern relationships; songs celebrating the unconditional love that exists between mother and child, between parents and their children and between old and trusted friends. Of all the released covers of “Sunshine,” do you have a favorite version?

J: The Isley Brothers NAILED a version sometime in the ’80s.

“Shanty” has also become a long-term anthem of sorts, known for signifying the start of the weekend for a number of classic rock stations, also becoming associated with the movie “Anchorman.” Are there any songs from your catalog that you feel are overlooked? Or do those sorts of things not concern you?

J: Songs are a lot like children in that some get overlooked, some are behavioral problems and some go forth and thrive…For me, the joy lies in the connection between the initial emotion that wants the song to be born and the the place in the heart that receives that feeling and is warmed by it.

What do you recall about the first time you performed live in New York?

J: One of the first times was the concert series they used to have in Central Park. I believe I was on several of those shows and I remember John Denver, Cat Stevens and Jim Croce and what an honor it was to play with those cats.

You’ve acted in movies and have done touring theater work, in addition to working on the PBS series Cruising America’s Waterways. Do you consider yourself a musician who acts on occasion? Or both a working actor and a working musician?

J: I’m one of those guys who appreciates the amazing variety of things I’m called upon to do. I really loved learning the craft of film making and the Broadway stage as well. Everything I do tends to inform and enrich all the other forms of creativity I’m involved with, and all of this follows me out on the stage every night I get to play.

Once your upcoming tour dates with Marshall Crenshaw and Garland Jeffreys are over with, what’s ahead for you?

J: I’m writing all the time, whether it’s poetry, prose or songs, and I’m already well into the creative process for the next recording project.

Finally, Jonathan, any last words for the kids?

J: Sure, give your thumbs a rest! Seriously, so many things of real value in this world are about interpersonal relationships, about basic human interaction, about the face to face, eye to eye communication, all of which are difficult to develop if you’re constantly locked inside the digital domain. There are skills to be discovered, strengths to build, natural wonders to be understood and enjoyed…Go out and play!