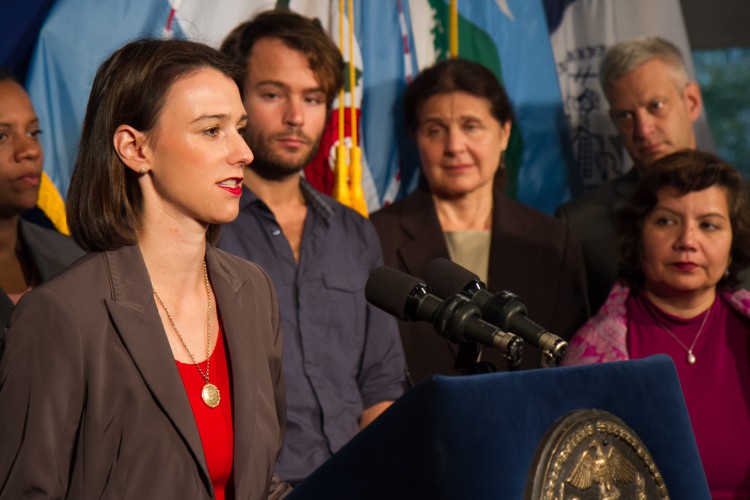 Former City Councilwoman Jessica Lappin has been selected to replace the late Elizabeth Berger as president of the Alliance for Downtown New York.

Lappin, who represented the East Side in the Council for six years until 2013, ran for Manhattan borough president last year and is now turning her focus to the Downtown Alliance’s business improvement district.

“I am thrilled to be joining the Downtown Alliance and eager to lead such an accomplished team,” Lappin said in a statement. “It is particularly exciting to be taking the helm at the Alliance at this point in the district’s history.”

Ms. Berger passed away in August from pancreatic cancer.

“The transformation unfolding in Lower Manhattan is inspiring,” Lappin said in the statement. “Few places anywhere can boast of the constellation of game-changing projects underway and nearing fruition. Lower Manhattan is an extraordinary place. Working on behalf of the area’s businesses, residents, workers and visitors will be an honor and a privilege. ”

Prior to holding office, Ms. Lappin served as a senior advisor to Council Speaker Gifford Miller, who also represented the fifth district on the New York City Council. In 2011, she was selected to be a Rodel Fellow by the Aspen Institute, a renowned international think tank. The program is focused on transcending political partisanship to address overarching questions of leadership and governance. Alumni include Congresswomen Gabby Giffords and Debbie Wasserman Schultz.

Ms. Lappin is a native New Yorker who graduated from Georgetown University with high honors and Stuyvesant High School where she was in the first class to graduate from its Lower Manhattan location.