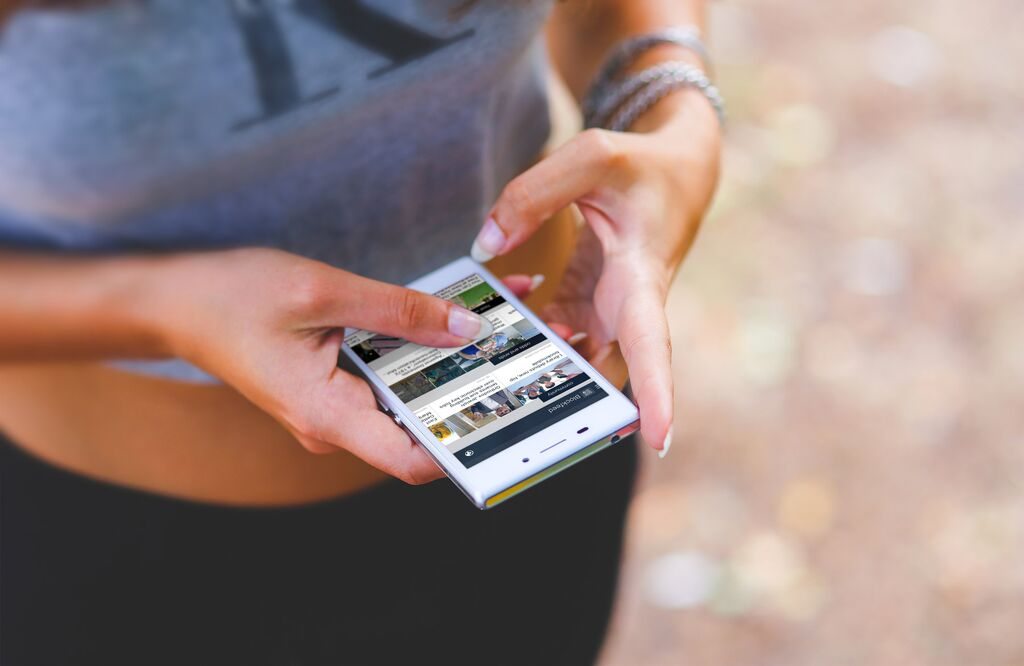 Introducing Blockfeed, a new and innovative app that features a customized news stream that is tailored to a person’s exact location in a city.  The app is currently only available in NYC, however, the app geolocates stories based on your location, and pulls from thousands of news sites and blogs to tailor your news feed based on your surrounding area.

Created by co-founders Phil Perkins, Ben Goldman and Adam May, Blockfeed has made it easier for people to stay “in the know” with what is going on around them. Unique features of the app include a map, which allows users to explore news stories that have happened in a particular location, a discussion board where you can discuss with other locals by commenting on articles and a stream portion, which allows users to see different categories and read up on news specific to that category.

In honor of its recent launch, we had the pleasure of talking to one of the co-founders and CEO, Phil Perkins, about Blockfeed, future plans for the app and even what his favorite features are on the app.

To download, visit the App Store or Google Play. How did you come up with the concept of having a news feed tailored to your exact location?

The idea of creating a local news app tailored to a user’s exact location came from an insight into a fundamental feature of local news — that the relevance of a local news story depends heavily on how close it is to a reader. Even seemingly “dry” news, such as a downed power line, can be supremely interesting to me as a reader if that story takes place on the block I live on.

Though presenting readers with an easy way to see the news that’s closest to them is a no brainer, the problem is that there is no normalized location data in the news world. For us, that meant the only way to create the ideal local news experience is to create that location data ourselves. So while a user is never aware of it, there’s actually a sophisticated system working behind the scenes that enables us to geolocate news on an unprecedented scale. In our first month in NYC, we geolocated over 12,000 news stories. Having both the location of a story, and the location of a user on their smartphone, enabled us to make the first app that presents users with a news feed tailored to their exact location, anywhere in the city.

Blockfeed is a “local-first” news app, meaning we’re not the place for national or international news, things that other news apps do well. Blockfeed is the place you go when you want to connect to your city and neighborhood in a way never before possible. And this doesn’t just mean “local news.” Some of our biggest fans use the app to find new restaurants opening in their area, cool events going on nearby, or fun activity ideas for the weekend. This makes Blockfeed useful as a “local discovery” app in addition to being a news app.

Of course, all of this content is presented in the context of an app that’s primarily useful on a daily basis for staying in-the-know about the news affecting your area. But for users also looking to engage with NYC in cool new ways, Blockfeed is the best app available.

What are some things you hope to see in the future for Blockfeed?

In the long-term we want to develop Blockfeed into the ultimate “urban dashboard” — the one app every city-dweller uses to know what’s happening in their area. We think that solving the local news problem is the first step towards achieving this, since local news covers the widest variety of area-specific topics. It also presents the biggest opportunity to benefit those who are already serving their communities by writing great local journalism, since Blockfeed has the potential to dramatically increase traffic to their sites. We hope this will make the entire enterprise of local journalism more sustainable.

What are some news feeds that contribute to the app currently?

Blockfeed currently features content from roughly 200 different NYC news sites, blogs and magazines. This includes the big players such as The NY Post or DNA Info, but also a constellation of smaller or more niche sites. Some of these are “community” blogs like EV Grieve, Park Slope Stoop, Harlem World and Free Williamsburg. Other publications focus on individual aspects of the city — such as Brew York, which writes about the NYC beer scene; or Art Nerd, which covers the art and cultural scene of the city. From what we’ve seen, Blockfeed easily features the largest and most diverse set of content of any NYC app.

How has the reception of the app been so far?

Reception of Blockfeed has been unreal. Users are sending us stories of “magic moments” on a daily basis, where they open the app and find something about their block or neighborhood they never would have known otherwise. It’s also fascinating to see people using the app in ways we never anticipated, such as one user who used our map feature when apartment hunting to see the news stories that happened in specific areas. We hoped people would love the app, but even we have been somewhat flabbergasted by how positive the response has been.

Are there any plans to have your own curated content on the app?

We’re kicking around ideas for what original Blockfeed content would look like, but in all likelihood it would be very different from the kinds of local news stories people are used to. If we were to create original content, it would probably be about unique insights into NYC that we’ve gained as a result of mapping and tracking the city’s entire news ecosystem. For instance, we might be interested in mapping the openings and closings of local businesses in the city, and could present this in a fun way in the app. But this is still in the idea phase. What are some of your favorite features within the app?

Personally one of my favorite features is the map. Exploring the news in very specific areas almost feels like virtual urban tourism, and I think people will continue to find creative ways to use the map. Another of my favorite features is the morning and afternoon “Nearby News” digests, which inform users about the biggest news stories in their immediate area. There are so many other features that are made possible by having location data, and we’re always exploring more creative ways to improve Blockfeed.

Any advice for those looking to start their business and/or app company?

I’d say it’s important to find a problem that’s interesting enough to fall in love with. Working on a startup entails insane ups and downs, and sometimes it’s the obsession with solving a problem that provides the motivation to stick it through. For instance, Blockfeed is actually our second attempt at solving the “local awareness” problem. Earlier this year we launched Qork, a local social platform, that aimed to solve an almost identical problem — we wanted users to be able to easily find out what’s happening in their immediate area. The difference was that Qork aimed to solve this through user contributions. We experimented with geolocating news in the early days of Qork to attract our initial users, and though we found users were reluctant to create their own content, they were engaging extremely well with the local news we loaded into the app. This caused us to pivot to Blockfeed, which tackles the same problem but from a different angle. Ultimately we never lost sight of the problem, we just found a better way to solve it — by connecting people more efficiently to the great local news content that already exists. The problem was interesting enough that it provided the motivation to create and launch Blockfeed.