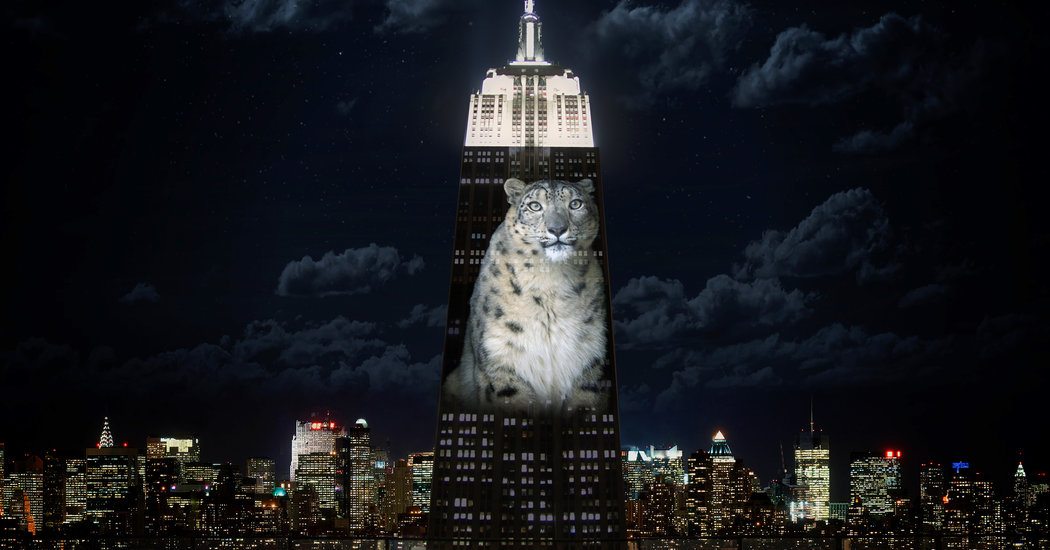 On Saturday, August 1, 20,000-lumen projectors on the roof of a building on West 31st Street, Travis Threlkel and Louie Psihoyos, director of the Oscar-winning documentary The Cove, will be illuminating pictures of endangered species from 9 p.m. to 12 a.m.

They will be presenting a snow leopard, a golden lion tamarin and manta rays, along with snakes, birds and various mammals and sea creatures, will be projected onto a space 375 feet tall and 186 feet wide covering 33 floors of the southern face of the Empire State Building. This projection is meant to draw attention to the creatures’ plight and possibly provide footage for an upcoming documentary.

For years, the landmark Empire State Building has been drawing the city’s attention with changes to the lighting scheme on the top of the building, and the displays have been growing more creative and entertaining. In 2014, in honor of the retiring Yankee Derek Jeter, the building put his number up in lights at the base of the antenna, among many other presentations for the public to enjoy as well. However, actual moving images have never been displayed on the building and never with the clarity of 5K resolution.

A viewing party is planned for the 27th Street roof, where Mr. Threlkel and Mr. Psihoyos will be joined by 400 invited guests. The images should be clear to everyone within 20 blocks downtown of the Empire State Building. Beyond 14th street, the images will be visible but not as discernible.

For more information patrons can visit the website here to view the entire story as well as some of the photos they will be showing Saturday evening.