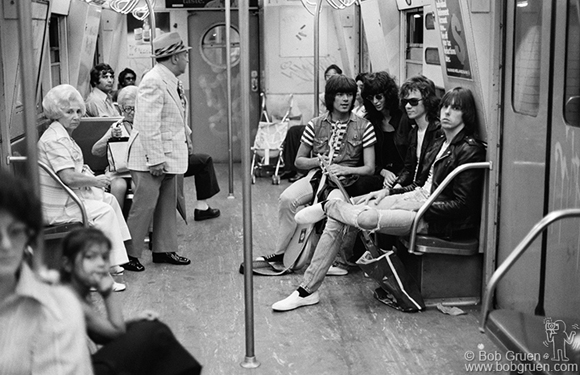 Gruen, a native New Yorker, spent the majority of his career photographing rock stars like Bob Dylan, New York Dolls, The Clash, Ramones, Patti Smith Group, Blondie, Led Zeppelin, The Who, David Bowie, Tina Turner, Elton John, Aerosmith, Kiss and Alice Cooper.  Most notably he served as John Lennon’s personal photographer during which he shot the iconic photograph of Lennon wearing a New York City T-shirt.  Gruen’s career spans over forty years where he mastered being at the right place and time and is one of the legendary documentary photographers of the time .  He has published several books of his work such as his newest,  “Rock Seen” (2013, Harry N. Abrams), “John Lennon-The New York Years” (2005, Stewart, Tabori and Chang) and “The Clash” (2002, Vision On). The exhibition will run from April 4 to May 4 and will feature 100 of Gruen’s finest prints.

The POP International Galleries founded by Jeff Jaffe in 1997 specializes in Pop Art, Urban Art, and art and photography that is derived or influenced from pop culture.