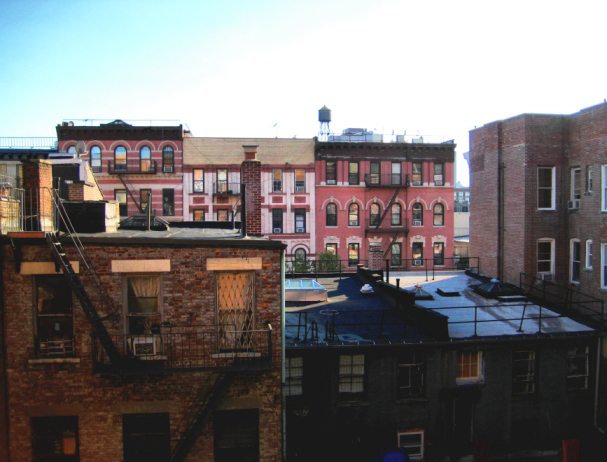 Much has been made of the housing problem in New York. Available residential property is scarce, and skyrocketing prices are crippling investors and residents alike. Yet there are vacant lots across the city that could and should be used to help ease the burden. Let’s take a look at some of the actions that are being taken to solve the New York housing crisis.

The blueprints on the townhouses would be between 2,800-4,500 square feet and 3-4 stories high. Each townhome will have 3-4 apartments inside. The city wanted Jose Carballo, the architect, and the Department of Housing Preservation and Development, the developer, to develop the empty lots by 2009. Alongside talks of building 22 townhouses by Dabar Development Partners, the plan fell through during the financial crisis.

Modular construction is the process where modules are constructed in a factory, transported to the site, assembled, installed, and sealed. The development yields a complete and integrated building. It is better construction, and in less time, with less byproduct and waste. This is a fairly recent notion, and it has not been implemented on a mass scale in New York. In Brooklyn, it is being attempted by Forest City Ratner near the Barclays Center. There is not yet a system created to foster this construction on a mass scale. The system would allow developers to quickly and safely build these type of structures.

Developers also use the core and shell construction. They first build the foundations, bare-bones interiors, exteriors, and the purchaser would pay only for the space available. Essentially they pay for the walls, floors, windows, wiring, plumbing, and ceilings. The interiors of the apartment would be completed later by the buyer. The speed of building is increased, the developer and buyer fewer costs. Small businesses have the opportunities to thrive. Designers, contractors, carpenters, and mechanics would have more employment opportunities, and local hardware stores would experience more business than usual. It would increase the sales of tile, textiles, and lighting equipment.

Another solution to fixing the housing crisis in NY is to develop a program that allows the city to provide the land and at a set price, request a number of apartment units to be built upon the land. Firms can then bid on the project, and when chosen, the firm is solely responsible for the execution of project. The city then pays the developer to control the building after its construction, after which, modest rents would be charged by the city. Maintaining the facility and its tenets would be delegated to private companies. There would be no real estate taxes or mortgage involved. In contrast to Housing Authority, the buildings would be better maintained.

There are a lot of vacant lots in New York city. Many of them sit behind chain-link fences for decades, only cultivating weeds and trash. Controller, Scott Stringer, found in an audit, that there are over 1,000 vacant lots under the city’s jurisdiction. In response to Stringer’s audit, the commissioner of housing preservation and development asserted that the city is aware of the vacant lots, and she said that those numbers are overstated. In the audit that states that there are 1,131 vacant lots, she responded that 310 have faulty but severe infrastructure problems or sit in flood zones and cannot be used for housing development. It was also of her opinion that more than 150 lots are ideal for gardens and the like.

She noted that 670 of the properties are adequate for housing development, and said that roughly 400 of them are currently used for housing. Ms. Been set an aggressive schedule of fully developed within 2 years. Developing buildings require interacting with the neighbors, determining the development’s proximity to schools, libraries, hospitals, bus stops, police stations, fire stations, etc. Putting a development near these locations would increase its value in the real estate market.

While moving to New York was once a matter of simply hopping on Google and typing in “moving company NYC,” people now need to see that the city is taking the necessary steps to make the Big Apple that place where dreams are made of once again—somewhere that you not only want to live, but also somewhere that is actually possible.